AS long as we have the science of robotics we have a constant reminder of that which we should not like to become. Some men have craved to have the work allotted to them carried out by others, who may or may not perform such tasks better than they would have done. In the past, there have been slaves of one variety or another; there are employees and their employers, and there are hopes the elderly place in the young. 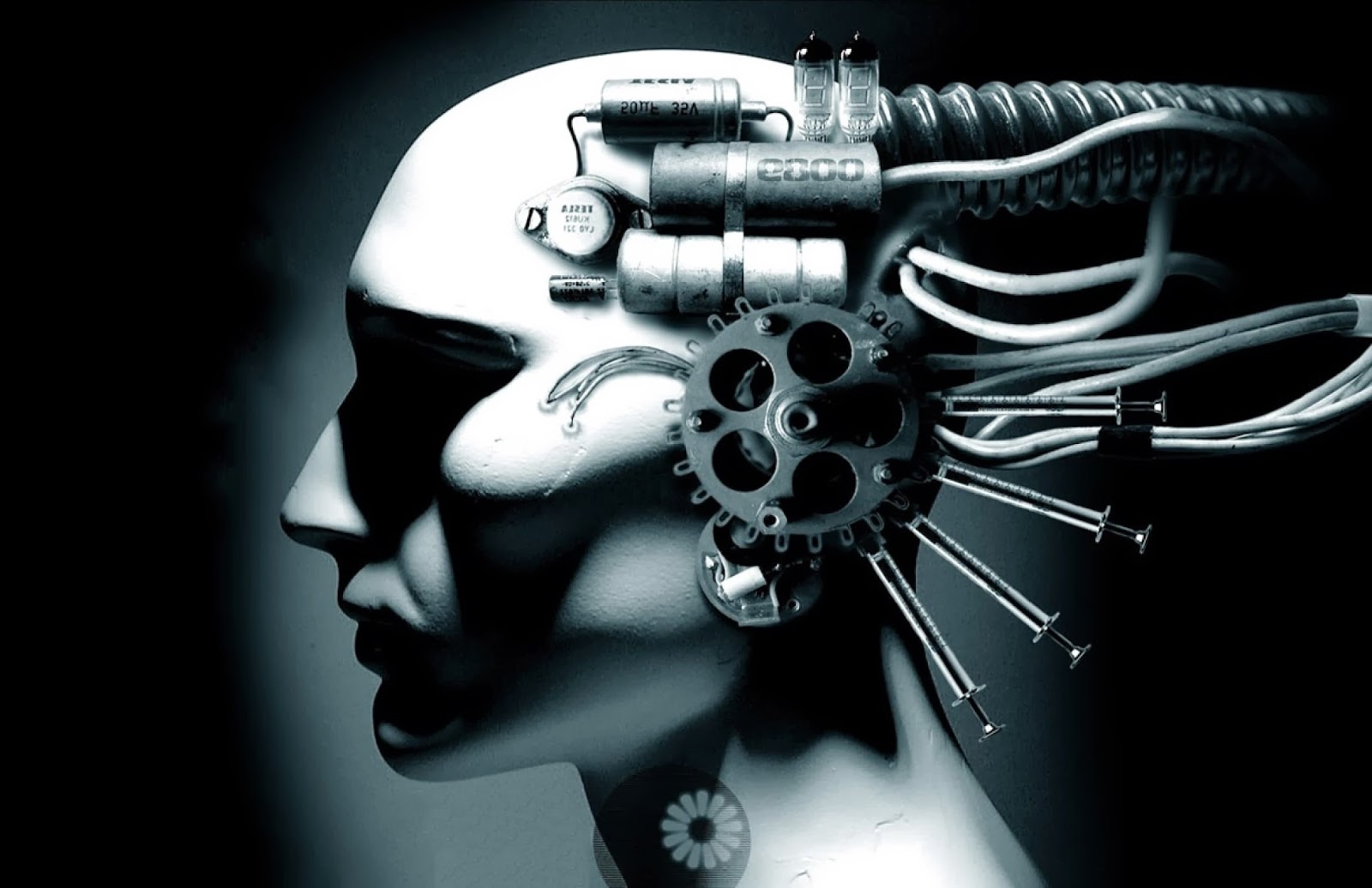 The imaginings of men from this century have alluded to machinery, machinery that when so developed could labor manually, or electronically speaking, begin to do certain thinking tasks for him - reference finders and computations, record keepers - and now capable of supplying artificial images, theories, warmth and so forth. When we are using such instruments of machinery, we become as master over that particular machine. The motorcar is obedient to us; it will stop and go, turn this way and that according to our directions. If we command the heating system to be steady at 25C, then all working well, it shall be so.

Animal-trainers are aware of the discipline that is required, for not only the animal to learn, but the labor and concentration that they also must adopt in order to make the commands hold. There are few qualified to be very good animal-trainers. In terms of the relationships between animal-trainers and their animals, slave owners and their slaves, employers (in some instances) and their employees, there is a certain debt incurred on behalf of he who would give the instructions and wilfully direct the other.

This debt is irrelevant to monies or commodities passing from one to another in exchange. It is rather a debt of soul, whereby recompense for labor and the sufferance of directed obedience is levied in terms of the master being required at future times to bear similar duty to he whom he has mastered. There is also a responsibility assumed when one does govern another, responsibility for all of that which proceeds from such labor. Of course there lies also a debt of beholden when one willingly asks for and is given employment, and seeks to be directed in a particular way. However, when one seeks a status of supremacy and the relationship is unequal and to the detriment of one, there is always much that must be accounted for in future said interactions.

Now in the case of certain machinery which does the bidding of a man and serves a man according to his will, in what way is such debt affected, and does it exist? Peculiarly so, yes. The marriage of those materials required to piece together and also motivate such equipment, has brought an entirely different status to those materials than otherwise had been realized within their very evolution. Remembering that complete regard must be given to all kingdoms, we must consider then the impressions and impact that we invoke, even in the conjurations of metals and silica, and the lower electro-elements and ethers within the planet. Whilst we do not suggest that the notion of conducting a 'cave-man' lifestyle is preferable to the modern age, we must begin to sort out that which we are involved in, and begin to understand the ramifications for those we subject, and also too the responsibilities we are answerable for.

There can be no doubt that riding a bicycle is far healthier in the travel than a train or a jet - although the bicycle may not cover the distance.

When men play wizard with electrically motivated machinery they are empowering those radiations with certain purpose and intention; whilst employing the mineral kingdom now empowered with electrical impulse. This relationship is not unlike bestiality, whereby two realms are so joined in marriage which is unnatural, and produce thereby offspring peculiar to such a relationship. For the mineral kingdom as is, is divinely inspired and content to be thus impressionable; whilst the lower radiations pervert such materials and direct the impulses so received. For there are certain beings which do dwell in the radiations of the lower ethers, and merge in current and its emissions. These beings which singly are quite harmless to man, are noise-worthy and corruptive when entertained in multitude. Rust to iron will testify to this.

Furthermore, with man's fixed intent upon such inventions, he is drawn ever deeper down into their realm of activity, and inspired so. Additionally, Man incurs certain debt to those beings that would delight with persuasive cunning, and act as slave-imp to the desirous man who partakes in such clever gimmickry.

Whenever we command that another work our bidding, we contrive and incur a debt which in future times is fully legible. The question then is: are the beings so described, happily a part of the mainstream evolution of Man? If they are to be so absorbed as yet another ingredient to the mix of evolution, well and good. However, these particular elemental creatures are exterior to the constitution of Man, whereas the plant, mineral and Angelic hosts are in fact, composite to that which is Man.

And so we reach a very important distinction. Were that man was fully developed throughout every complex vein and sinew of his own being, he could perhaps draw such distinctions for himself, and then draw decisions accordingly as to the company he chooses to encourage and which relationships he should like to form and pursue. However, in these times of evolution when man is very confused as to present identity, and even moreso, unclear as to future ability, he is unguarded as to the consequences of inviting such strangers to sup with him and share lodgings.

Oddly enough, there are those too, who presume that if one will oblige you, you may make use of them as you will. And to a point, for a time, you may be fulfilled and obliged; and then later responsible for all that comes of it.

As mentioned before, there is nothing that cannot be achieved through etheric expertise to compensate for those remarkable electrotechnological devices and all that they have to offer. It is interesting to see how the advance of electrotechnology has overrun the Globe at this important phase in time. A very clever distraction indeed! We are becoming more and more earthbound. And the Earth itself is defiled by the absorption of more and more entities who would dwell amongst this atmosphere so charged with electrical activity, empowered and perpetuated by the cravings of both man and demon.

Fortunately the generations to come - somewhat sickened and weakened by this activity - shall tire of the whiz-bang offerings that this realm provides; for they are limited to the sphere of their know-how. Unless man complies and becomes as robotic as the inventions he now plays with, he shall spend his time and attention with those realms which are vitally his, and awaiting such revelations.
Posted by 888 at Sunday, August 16, 2009