THE FUR trade is being met with much disapproval currently. There are envoys carrying from port to port those who object and those who slaughter. Men are finding an abhorrence to such a blatant expression of bestiality - though sometimes it is not so much the actual killing of a mammal that disturbs them so, but rather the flaunting of women who, through the means of money adorn their personage with the flannels of hide and hair.

As with the freedom fighters for the abolition of slavery, so too the animal-rights campaigners will eventually make great inroads in their quest for justice on behalf of their small friends. And those who particularly live by example will eventually enlighten all to the mercy and plight of such sorely served animals.

Frequently one finds that several of the individuals concerned with such vocal protests, have not the capacity for pity as such. Pity for the creatures would of course invoke this protest, but extremists who 'go after' such a trade, rarely turn their skills to the veterinary sciences.
They could meet the issues at hand with a variety of passive protests, by laboring at home to re-educate or turn skill into caring for the needy beast closer to hand. They are specieists, as there is a distinct preference concerning which creature is chosen to defend; for this does not appear to flow through to personal relevancies of diet and lifestyle, nor attitudes concerning the injustices of the slaughter and abuse of their own mammal gender. However, fortunately such extremists are the exception to the rule, with this most charitable cause. 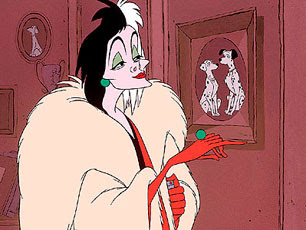 They are generally an indignant people- and rightly so. For they perceive that the man, or woman more precisely, who dons the furry garb, is making thereby a statement of desire to hide within a costume unlike their own true species. Admittedly there is a peculiarity to this practice, but moreover an outward expression of that characteristic in Man, which seeks to ensheath his being with a variety of guise and personality.

This is a simple enough statement when Men at this time are forever trying to 'find themselves'. Men are awkwardly trying to reflect and establish an identity and relationship with themselves and the world.

Historically such reflection was not a liberty indulged in. Folk of the last century [19th] usually knew who they were and did not find time to question as to whether or not they were who they thought they were. Heretics and malcontents might have protested their station in society; the odd philosopher might have vocalized his impressions on Man's lot, but the individual did not ask the question "Who am I?" For the ways of former generations flowed through the blood, reaffirming the society, state and religion to which he was born in.

It has so happened in this century [20th] alone, that travel has laid open the variety of customs and community to so many men. This is not to say that all men of the globe may book a ticket and leave their country tomorrow at a wish, but the opportunity is there for many, and many others have had news of the world brought to their doorstep. So now we find that we must question who we are in relation to this world, as we constantly are reminded of who we are not.

If this of itself was not enough to digest, men are met with the demands of the world they are coming to know- the structures, the fabric of their personal and social constitution radically changing itself to adapt and shift throughout the pressures of such neighboring change. Every new generation which follows the last, must clamor through this now 'soup-mix of identities', and each individual who is remotely aware of such conditions in flux, has to question daily who they are, where they are and where they are going.

Added to this we find that the individual who truly views the world as is with soul recollection, will come to realize with experience and inclinations of his own, within all regions of worldly existence, that which is his brother here or abroad. There are empathies established by such perceptions, empathy from one race to another, one species to another, one man to his brother; and such connections undeniably exist, amongst such obscure differences. Herein is another confusion for present-day man.

Daily life is so related that the purchase of food in the Western World can often require a choice - not a choice as to taste or product, but actually a choice of conscience before purchase. Is it environmentally safe, dolphin safe, cancer safe, heart safe, apartheid safe, and so forth? Daily life involves a staggering series of confrontations and questions bombarding the simple man, which simply were not of issue in generations passed.

Reflection of itself is worthwhile to say the least, however Man may feel impinged upon by being met with many obligations to reflect from too many directions at once, thus rendering the task of true insight, objection and self-questioning too mighty an involvement to undertake.

Such personal confrontations and conflicts affect the man on many levels - not only within his conscious mental attitude, which of itself can suffer breakdowns in these conditions. The entire being of man cannot help but be affected by such demands. It is as if one tries to think, caught in a room of people who are all yelling at the top of their voice.

Therefore, if one is to coax the soul to help reach the inner-man in order that he might perceive through all of the outer conditions and develop the ability to look to inner causes and connections within the world, one must not provoke the individual with yet more demands of confrontation, but by example explain and instruct through one's personal application to the spiritual ideals. In other words, there is little to be achieved by attacking an individual and telling him what he is or what he is not. This line of questioning pertains to him alone, and is a constant aggravation within his entire being nowadays. This is not useful, nor helpful, nor a duty for any other to presume.

Rather that one may find inwardly no care for personal identity, but assume that higher identity we should like to become. And work for it. If this is done, and if one may walk the world with firmness of purpose, this shall of itself help the worldly conditions that seek such stability and example to follow.
Posted by Bruce at Monday, July 20, 2009