IF we come to think of jazz we can find a certain anarchy. In very slow music there can be a sadness, or even the deathliness of a dirge. If the tempo is fast, then the effect upon us and within us can inspire a rapidity also. 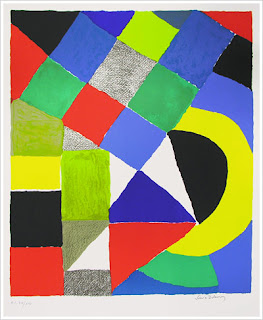 If the chords are discordant or the beat light and flippant, playfulness and joviality spring to mind. With loudness, softness, cymbal crashing, bell tinkling, wire pulling, harmonic lilting - each and all refrains bring to our minds and our senses, a meaning of sorts which is universally shared.

More than this alone we can add, that the above notes relating to the characteristics of music and to that which is inspired thereby, are key to certain thinking patterns within us all. In point of fact, the two perfectly translate.

If you could hear a man's thinking, you could hear the very type of rhythm and intermittent loudness of it also. The very music that it commands, and that you could quite perceptibly discern - if it be jazz or a concerto, thumping rock and rolling thought, or the notes of a lullaby... that this concordance of the two is not just in allegory but in actuality.

Further to this, the playing of music, the hearing of music, can change the rhythms in the thinking of the listeners and is almost automatic for most.

If a man has a favorite tune that he hums or sings to himself it can often be as a means to getting his thinking back into a desirable and definite speed/tempo that he is used to working with - regaining his equilibrium when perhaps another has invaded his attention.

For some, music itself can introduce an order into their thinking, that otherwise would not be self-sorted within.

The frantic thinker, the chaotic thinker, who is a tune just gone crazy - too fast and too discordant - can find a reprieve from their own rhythms by the playing of even just a simple tune that is contained with a gentle beat and pleasant chord.

When groups of folksingers or chanters get together, it brings their minds also together into a frame that is desired, receptive to the whole. Hymns and chants have this express purpose. They are performed to set the mind at a particular rhythm - not to merely be romantically inspirational, they are eminently practical.
You can really best understand the character of a man by the music he best chooses for himself.

Folk who cannot enjoy music at all, who do not wish it to be even in the background around them, who cannot hear it, but hear only the one rhythm of their own thinking, tend to be exceptionally fixed in their thinking and have lost a valuable tool of change when it is most needed for them.

When young girls fall in love with musicians it can easily be because they have entertained that person's music so much as to set their thinking so, and thereby they can feel a kinship believing that this person in turn understands and knows them well.

The musicians themselves can often sense the thinking of a crowd, becoming in sync with their performance, and it can lead to an indulgent desire to control the responses in the people around them overall. There can be a sinister pleasure in taking over an audience, so to speak.

If you are preparing to study you can experiment with hearing different types of music just beforehand, and determine which of the pieces has most helped your mind be in character with the work you are mulling.

You can be aware of the music that is around you, and if you feel instinctively that some is disturbing, by recognizing that it can have a real effect upon you, you can decide whether or not to remove yourself or use some ear plugs (or another player of music) to avoid the piece that is so disrupting to your mind.

The forming of thinking patterns and subsequent behavior in a small child and beyond becomes a huge consideration here. The best education for a small child is one of music. If you wish for that child to learn well, comprehensively with an inquiring intellect, then the right music will be succinct to their achievements.

They do not have to play the music themselves to benefit. In point of fact it can be a hindrance to solely provide your own playing because the learner's tempo will inevitably stagger. Regardless of the learning of an instrument, it is extremely beneficial to have played the music during the day at various times, and that it be both organized and playful, all at once.

In this way also the singing of the Mass has a completely different outcome to that which goes unsung.
Posted by Bruce at Friday, July 08, 2011