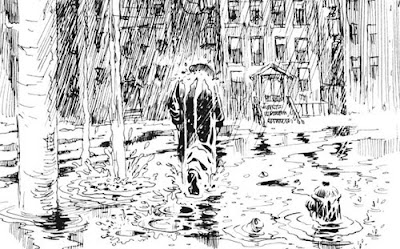 IF you stood outside and the breeze brushed past you, and you felt on your face the swipe of its presence, you might not think anything of it or consciously realize its touch. But if you were inside your house for example, and the breeze breathed on you, it would be unsettling to feel it there.

If you stood outside and admired the morning sunrise - in blooms of crimson and golds shot into a many hued blue - you might think it pretty; and the majesty might inspire you. But if you were in your bed and the event, color and light of the sunrise was in your own bedroom to awaken you, you might become startled.

If you stood outside and it began to rain, you would think to yourself that the clouds were breaking up, and their drops were falling to earth. But if the rain came down upon you within your home, and no roof would save you from it, you might feel horribly exposed.

So when we are usually under a roof within our house, there is no sudden storm, bright light, or wind that afflicts us - we feel less distracted and more contained.

The walls of any house, even that of a palace, are not so big when compared to the vault of the sky, or the breadth of the wind or the reach of the light. The walls of a house do not need to be equal in might or strength or reach, to exclude them from our sensibility under normal conditions. Of course it goes without saying that extreme fire or storm could take down a wall.

But whilst the walls and roof are there, they are blocking the immediate weathers without. And you are free to venture outdoors and back in again as you wish. You might say "Oh now it is sunny and I will go out" or when it is rainy you might just go in - day time out, night time in, and so forth.

As a human being with thoughts and desires, with selfhood and building selfhood, within choosing and experience, within both our egoic life and soul as well, within all that comprises us and that which protects us, there is the same process as described above - of the house and the shelter from the weather.

In our being, in our egos, in our selfhood, in our souls and in our Spirit, we are sheltered and protected from the massive and mighty influences without our beings. They are there as a body of many forces, countless individual rays, infinite streams of consciousness, lights of magnificent and awesome power; with majesty, multitude and might, they are there - just outside our little doors, outside our small but sturdy house.

And were it not for this what would stop one from dissolving into another?- if not for the perimeters of being, that not only define that being, but arrest all others at their own periphery.

Interestingly 'love' in both effect and causality does not change these peripheries. It can move in and out with a free license, but it never weakens the being or definition of another. Dissolution of self is not love - in relation to divinity or another being or to the Cosmos in general - because it is just dissolution.

Day by day we all do one of two things: we either strengthen our general beings or we weaken them. It is clearly one or the other.

There are certain thoughts and behaviors that can affect the strength of the 'walls' of our own house, so to speak. And there are those that reinforce them and make them stronger.

It is a little like the story of the three little pigs - only that the wolf character in the story is that within ourselves which simply derides the good work and standing that we have.

It is the selfish and the liars that are the true homeless of this world, for they have no quiet and protected place in self to go to.

With a lie or a selfish act we have literally blown our own walls down - and what does it mean, to have this exposure? Too hot, too cold, too changeable. They become like the influences that they perceive now too readily amongst their disquiet.

If you have not the quiet home of self, the peace is disturbed as well, and making the right decisions becomes almost impossible. The world is perceived as harsh and unkind, the elements are difficult to bear; and either the man quickly changes his ways and becomes more self contained into proper behavior and thought, or he gets worse.

To be too hot, for example, is where the passions are inflamed and stimulation becomes the theme of his being. Over excited, overly sexual, overly aggressive, these can be symptoms of over exposure. It can be over activity of any kind where excitement is a constant invigoration. And terribly, it is not just metaphorically that this is implied. It can also be a symptom of literally being outdoors to excess.

When this occurs a good man will not become an immoral man, but he can still be influenced by being too hot, too cold or too changeable. Equally also, is an overexposure to the night and its forces - something to be considered.

You can see from this why hats and coats are of such importance to try to minimize the infiltration of the outer influences when being outdoors. This is not to say that there is ever a problem with a small part of the day, every day, being outside, or even at night, but if it were to be all day, day after day, the effect does become dramatic in overwhelming influence.

There are animals and insects that live in homes - dens, holes with doors, dams etc., and they are more considered than the ones that live and sleep outdoors. The domestic dog that lives indoors will be less aggressive and more placid than the one that sleeps outdoors. A key to taming horses is to sleep them in a stable.

Merely confining an immoral man will not however change his nature into a peaceful one. And confining without the light, the wind or the water of the rain (as in Kaspar Hauser) bred a nature that was very fixed and without passion (he was not cold, either, to things, ever). But he had no tolerance of those things within and without at first. Putting his name into the grass was to say "Here is Kaspar now outdoors", and slowly he began to experience those forces.

Plants grown in houses will have different natures to those that take in the sun directly etc. Narcotic plants grown indoors cause (when ingested), severe and damaging introspection - moreso than those grown within the blessing of the light and the water. 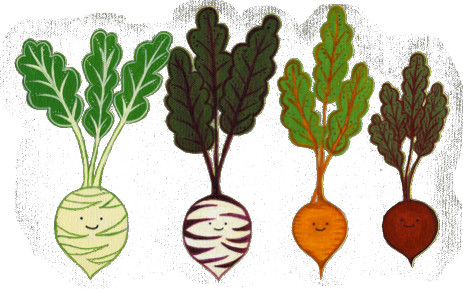 Vegetables grown under the mantle of the earth [underground] provoke more thoughtfulness in a man because once again, they have been contained and are more introspective in themselves. They are as an organized force within themselves, stable and focused, and their nutrition promotes the same.

Outdoor plants and fruits can bring into us properties of the sun however, quite safely, and more resonantly than we can even achieve for ourselves at times. An ill person confined to indoors at all times, needs the sun forces that he cannot take in for himself ordinarily.

An indoor plant will be more conscious in this world than an outdoor plant.