Sandals flapping down a fly-dusty road,
Small golden sparks rise up from each footfall,
Gold appears here from what was dust,
Green now also amongst the dirt,
Tiny points, little shoots, spears of grass,
In the once barren earth.
Everywhere,
Everywhere, He goes. 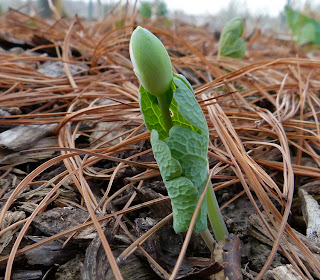 IN the Etheric Regions there live beings of many natures, some which are connected to the animals that crawl and climb about our World, and some that just are in residence there, awaiting their time - aggregates of souls, elemental fellows of every kind and description, plant-people and cloud beings (made of the mists), fiery sprites and willowy members, some graced with an angelic countenance, and some born with such character as does still shock their mothers.

Creatures live there, who are not like Men, creatures who do not have an 'I Am', and oddly yet especially, do love our Christ. Some of it might be Hero-Worship - in its most original of meanings - but for the main, it is for these folk, that they can see themselves in Him, and feel so grand and gracious in that.

With a childlike reverence and the association only offspring usually know, they gather and patter and scurry to Him in a constant crowded mass. Sometimes the ethers are filled three a piece (within the same space); and the moment some fall back more fill the gap just created. A custard of companions!

It is true to say, if we peer into the portals of all other regions, that there really are but two types of creatures, those that are gentle and the ones that are not.

Perhaps a primal bias, and unsophisticated as it may be, there are the markings made obvious, which do show us also of the content and malcontent that the Universe contains.

Needless to say, that the gentle amongst us are content in their being, and at their core. There may be hardships of course, for they do not always travel light, so to say, but they fare with a demeanor that is received by the corresponding forces and faculties about them that equally love them.

In Evil there is unrest, the kind that comes from a true lacking of inner joy. Generally speaking, the prime characteristic from evility is erratic and undue force. There are characters of beings whose conscious compelling comes from a fear of cessation; and from this they would fight, kill and eat their companions. Their survival depends long-term on the very opposite of this behavior. However, being caught within a modality of unequal fortitudes, there is both a rage and a fright continuously moving them to exaggerate themselves beyond their own need.

The expression 'unequal fortitudes' is a very useful description, not only for this aspect of being but also in relation to general ill-health within our own condition. In other words, there is an imbalance within the system, whereby the forces of great strength now oppose themselves in outcome, rather than work cooperatively.

Now it could be said that all of Heaven can be divided into categories of gentle and terrible. This may sound mundane, but it is worth consideration. Contemplating this concept helps to form a clear view into one of the greatest of mysteries, and so to dismiss it as being too easy an idea is delinquent to the truth perhaps.

Two questions arise from this perspective on gentleness, one asks us how do the great Archangels and their armies fight the evil hosts if not in fierceness (and therefore dismissing gentleness). Also, what does this mean for our own salvation, when we must stand our ground against another man, woman or spirit and yet strive to remain gentle in our nature?

The Gentleness of Christ Himself is right and proper to study in respect to these two questions. We may consider: