CIRCUMSTANCES may well leave one to ponder regrets when reflecting upon those courses which were taken by us, or for that matter, denied. Regrets when experienced are bittersweet. They invoke imaginations such as suggest more suitable endings or happier outcomes. Regrets are of themselves an invigorating panacea to a present complaint. 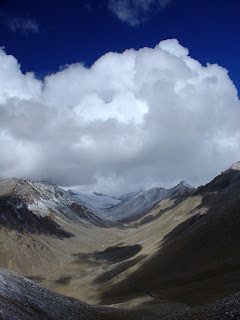 One can identify the measure of a current concern by the attitude of regret, which clings as a cloud-shadow hovers over a hillside. How often - more commonly however - it is, that one does not wish to change much of the past that has gone before, but that dual efforts, multiple lives, could have been 'tried out' and perfected, that knowing what one knows now, is perhaps a little over-late. It is not that time has been wasted, to the contrary, but that one would dearly have more time, much more time and opportunity.


And there is not one man who has not wished this for himself; many a good man too, who makes wish of this for others as well. We watch the innocent babies born, the struggles of youth, the demands that ensue. . . and there is cause to ponder the good sense in a life which may be so easily used before properly valued.


However, the resolve which is distilled from such regretful melancholy, with unfulfilled desires, with manuscripts unwritten - this resolve and inclination makes for a worthier existence held especially within the future. It is not lost or discarded by a man. It is forever valuable to him. The suffering as is known by all unfulfilment is quenched by the answer of future involvements, future presentations, of those very longings. Explicitly one may also state here, that it is usually the case as regards longings. As one can well imagine, this is a difficult point if one hearkens after something detrimental but mistakenly delightful. The reason as illustrated by this is, that it is to great purpose that a man be given what he desires; even though disdain will inevitably ensue. For without the experience and firsthand knowledge of the nature of that which he has attracted to himself by such longings, he should be forever returning to such desires until answered. So in this respect our Father in His Wisdom did decree that all men be answered according to their wishes, and receive exactly what they ask for.


This point has been entirely overlooked by those fanatical fringe-groups of positive thinkers who make a point of decreeing for all that they should wish for. Yes, it is in accordance with the way of men that this should be so, but they omit to inform their demanding fellows in respect to the 'undesirous' being desired and received. 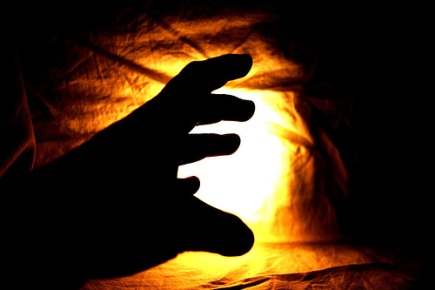 The fact that in the short-term these desires may be in part fulfilled (hurriedly) is a little surprising, for one can add here that usually one does have to wait for one's wish to be fulfilled; particularly a good strong wish! Furthermore, there are two distinct types of wishes - those which are inherently good, and those which are inherently disastrous. And there are two types of wishing: those who would wish for themselves, and more potently, those who would make wishes for others.

A gambler most fully believes that the fates are on side with him at the time of his winning: that he is answered, that he has made a wish which was granted. He is impatient to test and try this law. He does not know that this law holds good for many wishes: former wishes, soul wishes, and even illusive wishes. He is insecure in this knowledge, and in seeking constant reaffirmation of his status within the universe - which would otherwise overwhelm his sensibilities - he is verily 'at odds' with himself.


Know that we would never be denied, and that contrary to the opinion of those high and exalted souls who are qualified in many regions of grand wisdom - contrary, because they would assess that Man has much too much license over his affairs - we have abilities undreamed of. And as they are dreamt of, so they become.

The point being therefore, that it is necessarily of the greatest importance to know where one is coming from, and to what destination one should like to maintain. That we must focus upon the worthwhile and fruitful, industrious, illumined, and above all with the grace of pure love, an intent from the heart that commits all action by us and to us to be of God. If one may hold this before them and measure all regrets and inclinations by their sanctity, then the worthier future will also present.


All of our innermost longings which are dear to us, actually live upon our person and slumber until awakened into actuality. No hope or longing is ever wasted. No love is ever unrequited. If this were not the case we would surely be so distressed by the ills of the world as to be thrown into perilous despair. To all appearances, many dark and contaminated woes inflict most men; many of whom have not the capacity to see their way out from their troublesome plight.


We may well be frustrated at ourselves and at others. But if this frustration is not of itself violent by nature, or with vehemence, then it too, may hold purpose as an imprint within one's resolve. If one may encourage and inspire men to hope for more, and then be content to leave the future to fulfil itself in its proper time - not to be impatient for immediate results, but rather to be content to lay the groundwork for such greater desires - then most properly, the stimulation will cause rise to a more awakened man with a defined future.


It is precisely that men do not know where to look, or how high to reach, that anticipation is quashed because of the falsehood of discouraging outcome. Men believe that they need to know now or not at all, and that they shall be the same throughout eternity. Even sainthood is undesirous, because it appears unattainable; and it shall be unattainable if unsought and unhoped-for.


It is a matter of focus, of longing and of desire.

• To perfect our desires and not abandon them.
• To not be afraid of regrets or upset at our longings because they are at present not forthcoming.
• To be generous with ourselves in the true and proper sense, and then equally generous with all men, for such wishes afflict each and every brother, even before actuality.

This is why a body of men who have grouped together with a purpose defined, become an awesome strength within the world. It is that they do mutually desire and wish for a settlement envisaged - and the outcome will advance. And today there are legacies from such groups of men as did pass away many hundreds, nay even thousands of years before; but they were so strong in unity and intent that their wishes remained until that day of fulfillment - and that they knew this, so much the stronger!


The best proviso in the world was 'Thy Will be done'! Only in this attitude of soul may we step safely into the world and into activity. Without this soul-attitude, we are before perils which of themselves, may take an eternity to intimately come to know the proper dangers and deceit therefrom. So we humbly come to our circumstance praying to be sustained throughout the dangers, carried across the waters; and that we may only wish as our Father would wish - that our choices be good. It is surely foolhardy to wish otherwise.