IF we are insensitive to another man's great grief, if he endures injury or suffers anguish caused by our ignorance, then we should regret and repent such sorrow, such loss, such defamation.

Too often men await the guilt, afore addressing those sins which press inwards. It may be that they are forgetful and heed their conscience not. It may be that the trappings of the sensory world expel all thought, and strangle their divinity - yes! suppress and suffocate the divinity which suggests that the uncomfortable price of luxury and indolence comes from the pain of those duties not attended to. If sympathy distresses us, perhaps it is better to rebuke and forget those, who with forlorn and crazy circumstance, tug at our garments and cry for remembrance?


When we work, we not only work for the needy today and the needy tomorrow, but we labor on behalf of those souls who are unrelinquished, who have come but half the way: those who suffered and labored to 'make good' of the world and as yet are not satisfied. There is a body of such individuals, whose ghosts do linger and call to the world of men who err. Moreso, there are those who, departed and downcast, flummage through their own mess, flay within the folly now spent; and who having tried and proven the ways of such sins, call out to the living to amend!


Shall we abide those torturous inflictions? Shall we be so consoling to our brothers that we consort with the sicknesses themselves? If we are determined that we shall not offend, then we shall remain silent. How then does one speak out about the hapless waste of human spirit? It is cruelty which man does inflict upon himself, and injustice whereby he contaminates another with the cruelty which scorns all souls. Ponder how remiss, is this balance of injustice.


Slavery - by any name it takes - has to be one of the greatest of such injustices known to man, that one may dictate to another, and freedom lost to one, makes for freedom for he the tyrant. How careless, how unsympathetic! Treason to men. 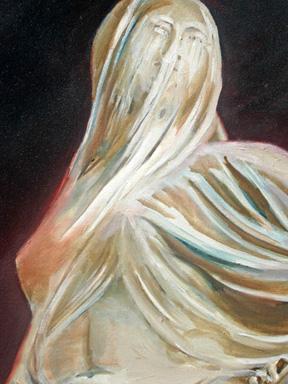 Men may draw their own veils, that they do not suffer such sorrow of knowing of conscience-speak. These veils are called the insolentries, for there are for every virtue so known, equals in opposite. When a man becomes to the power of the negative, insomuch as he abandons those inclinations of virtue which would otherwise be breathed by him, then he does separate himself from such, with veils which are self-drawn.


The insolentries require a consensus comprising of consciousness, self-doubt and sympathetic nerve. When one 'does wrong' and does not hearken to the conscience, and concurrently has sympathetic recall sufficient to know that one does err, then it must be an actual 'stifling' of the sympathetic nerve (which would otherwise twitch and writhe), so that the man may continue on in the deliberate fashion he intends. This is characteristic of the insolentries. However there are different species of such, and they are varied in application also.


Without the insolentries a man who erred would be a man in constant agony of agonies caused by himself. In truth, there is a reality whereby he does hold a sympathetic nerve as a mirror to his world of activity. All that he imposes is discovered, without the panacea of the insolentries, shortly after death when his recall is profoundly accurate and undetermined by a willing consciousness. We may make comparisons after death, as to accurate judgments of our 'correctness' of behavior.

When we may undermine the wishes of another,
when we cause grief because we ignored rather than addressed an injustice,
when we chose to take sides but picked the side which was mistaken;
when we lavished ourselves whilst our neighbor or our family hungered;
when we spoke of love but in secret bethought them to be fortunate to have that love;
when we hid within a body of men who spat upon the losing team;
when we steal or deceive, or make trick,
or disapprove of that which we do, but in others only


- these and more, give rise to the veils of insolentry.

Why then, insolentries? The angels do not have this vehicle for the doing of evil, that cannot quash or redetermine the pain which springs instantly from wrongdoing. They are at the mercy of a heart which cries loudest and unashamedly. Yet too, our karma is delayed. We are saved from the immediate pains of our worst contributions, and saved also from immediate repercussions of such. Some might believe these two factors to be contributory to account for sins. And they are, and they are not.


How often it is said that one's best teacher is one's mistakes. To a degree we consciously err: we suffocate our conscience, we draw the veil of that insolentry which is sufficient that we may accommodate the sin within. But come the day when this is revoked, that we no longer take of that particular insolentry, and expose ourselves by choice to the honest aspects of our own permeations, then wondrously, the enfoldment of a powerful humanity begins to radiate as never before. For it is the conscious effort which enlivens the soul-activity and is the difference between the bud and the blossom.


Quite assuredly, the elements of sin are mistakenly attractive. They are the mistress who presents as seductress, but is verily a snake, or whatever the nature of the poison within; an enchantress who binds you to her, but would enslave; but is not cohesive to the free spirit and defying will of man. For man by nature, will not be 'caught' indefinitely- as elusive as quicksilver, he ducks the arrow, he jumps the sword! 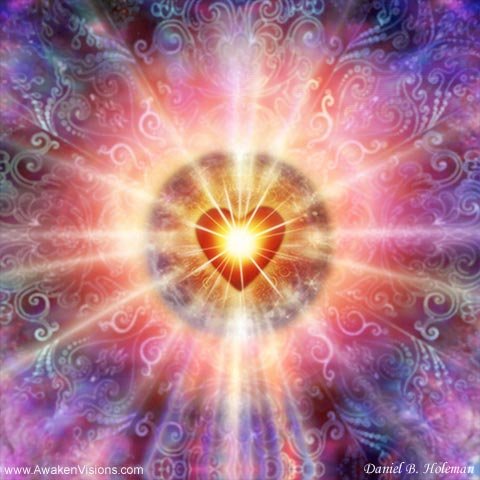 In wooded crest, on dappled breast,
The name is borne, upon the chest;
Our hearts made bare, with no contrition,
Seams rent, intent is the greatest volition!


The young have not, what it is they seek,
That they seek against their youth;
And the bud which has expired, spent,
Has now the proof all youth has lent.


Beneath the deeds, the deeds of men,
Good heart! it does procure and propound
And issues all, with pulse and sound.


Make strong the heart, with vital love,
For within the mask, afore the arrow,
The heart leads all, be it man or sparrow!