IS there a remedy for failure? If so, most would probably look for it in success. However rather than look to presumed opposites, one may look to completion and longing, fortitude and resistance, and one's ability to prevail regardless of either success or failure - therefore the strength is in neither, but in rather the prevailing and the knowledge thereof.

Of all the human errors, the vice, the sin, the weaknesses, the habits detrimental and the contrasts which are contested from the very highest of our nobilities, one might look for remedial qualities which counterbalance such extremes and 'save the day' as it were. One can say that it is true to establish that not only are the elements of goodness and beauty intrinsically of pure value to man, but also as remedy to that which is not preferred to the soul - the secondary value being as answer, as remedy, to conditions which are but second-best, and at the very worst, devastating to the soul-life; being but a contradiction of holy health when we have fallen from grace. Impure passions, imperfect goodness, improvised and adjusted, perverted and unreliably projected - we may inadvertently mistake our place amongst the guideposts of spiritual law and walk the other way along those paths which turn anywhere but to our desired journey. If the path leads away from the heart, away from purity, then one must stop and question their direction. Stern questioning is preferable to future altercations.

It is unthinkable that a man should request unquestioning devotion to be showered upon himself, whatever the justification, whatever the revelations he brings. For such devotion compromises the freedom of the devotee and inhibits true love for the work, for the whole, for himself - who by weakened ego-condition cleaves to he who by will is the stronger, who commands him this way and that. This is why we must be devoted first and foremostly to Christ and the Father and let no one persuade us that they offer truer representation. 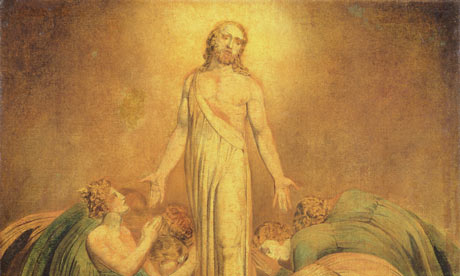 For at the end of the day who is accountable? Who decides and who discerns, and who must struggle if it is not the individuality which is you? Who shall recover, who shall sit by the bedside, who has been there from the first days to the last, if it is not He, He who is not transitory and He who is not as puffball to the wind?

If one is to know any measure of that divine upstanding which infills the character and replenishes the soul and comes to devotion which is unshakeable and made more real with every affirmation, with every breath of certainty, then they shall not trust in man but only in God. Conditions change, but God does not. Men may be tempted, may shake and quaver, may thunder and self-exalt, may protest and proclaim, may find cleverness and thus entice; but that they endure, is only because of He who endures them throughout.

There are those who would beguile you by offering that which is not theirs to give; and those who would tempt you, and make promise of that which you already have, with or without them. It is one thing to be bonded in love mutually with those who through great affection and experience are known especially to you - but it is another to make demands of a man whereby the affection is based upon particular fulfillment from either party.

Men may stand alongside each other and work with cooperation, and produce mighty results in such mutual striving. Or men might secretly desire from each other, and make such abuse of what might have been a natural affection.

The pupil who seeks out the grandiose master, and is answered, is wide-eyed and full of expectation. And although unpresuming to the dangers of misinformed spirituality, shall nonetheless be responsible for their desires and wants, beriddled by greed, seeking to 'eke out' something of the magnificent and draw it from that promiser of mysteries. Who is the greater fool? The fool who presumes to know or the fool who seeks to know from the fool?

One cannot bargain with knowledge; nor can one dress like a king and become one. At times such silliness in spiritual pursuits is not only a great distraction, but destruction. Because those who would otherwise be so enlivened to true and proper teaching, are lost for a time, panning for gold in the sewer, calling for rain in the desert; building card-houses of lies so ill-supported and destined for collapse.

For those who work steadily without compromise, it is unnerving that those who should have the ears to hear, heed them not. For the glamor of the bandied words, the muddled teachings, confuses them so and they become more dreamlike than ever.

When will men tire of games? The pretence and the arguments are outstanding. All of the time men know that which is right, pure and good, and to the point - and still seek explanation. This of itself is a mystery: the mystery of self-denial. The point being - and let us be quite clear and to the point - is that men constantly deny their hearts, and what they know to be true.

We must be cautious. We are to be warned at all times when we come to ignore our conscience, when we stifle our inner voice and inner sensibilities- and watch for those times of fruitless compromise. Perhaps some are overly zealous in scrutiny, in searching; perhaps we are hesitant in trusting to ourselves. One need not ever impose on another or confuse the lower desires with those heartfelt and acknowledged. However, often as not, more often as not, we know immediately the true from the false in a given situation and then later there are arguments and perspectives; and qualified opinion and all sorts of other chatter that comes in to the contrary.

There is a saying: "Trust to your instincts", perhaps better put - "Trust to your soul-experience, trust to your conscience, develop discernment of the heart, that with clarity and selfless perception, we are true to the order of the one and only reality: our heavenly perspective." Falter not. Consider quietly that which is put before you, but always put your own discernment first, and do not adopt another's. 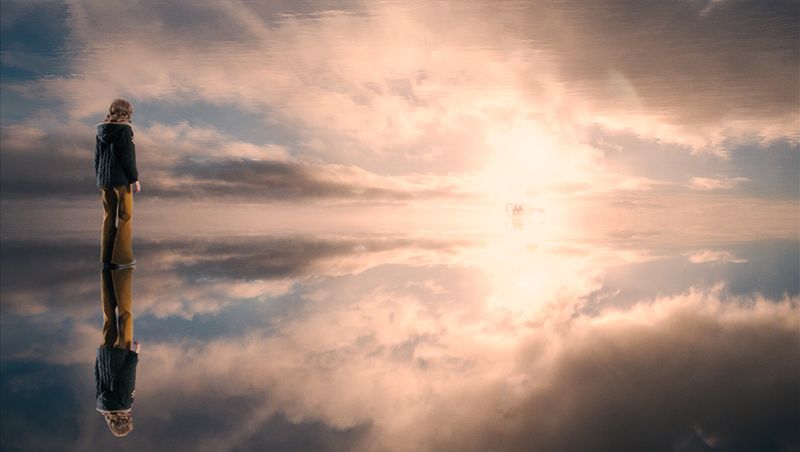 Wise and careful choosing, prudent consideration, may well be called upon in any given situation. However when 'spiritual truths' are set before you, the very concepts hurled upon you, the immediate deciding factor flashes within before the inner gaze, and you will recognize firstly whether it is correct or not.

If a man tells you that you are to be devoted to him, what are your immediate impressions? Examine this carefully first - objections aside. Practice self-consideration. If a man tells you that you cannot be devoted directly to the Hierarchies, that you cannot love God or Christ in the immediate - that it is impossible to achieve this - what are your first impressions? Not second, not third, no clever arguments, no explanation; but what is the clarity of the notion, of this very real concept put before you to digest?

Every time we try to 'explain away' something which we know to be wrong, we deny ourselves: our true and highest self. In daily transactions, in improper motivations, in hapless justifications, with inflated and inflamed status, we constantly deny reality and that which within is known to be true.

Therefore as a student of the truth we must ever rely upon our own abilities to call upon the inner voice for first counsel, always. The more that we adhere to this practice, the clearer the voice will be heard. And no one may replace this; and no man may offer better advice or insight. The largest problem in the world today, is not the question of what men do not know, but that they refuse to act upon that which they do know.
Posted by Bruce at Friday, October 30, 2009