IF ONE has cared to stare long enough at the spasms (yes spasms) of cloud formations which waft by, before becoming so laden and cumbersome and weight-bound that dissipation downwards is the only way to go, they will undoubtedly observe something of the higher movements which swell and work their way throughout the immediate hemisphere - the currents which rotate, the currents which expel, and the currents which in spiral latitude spin beneath and around and throughout the mighty mists. These being the fields and foreign pastures of our gentle magnificent creatures with wings, who on their pinions, encircle with down-draught, with air-swell, in gliding procession, in rapture of freedom, as perfect expression; the greatest of all mobility far exceeding any other creature, who unlike they, are earthbound and know not the skies.


Man's relationship to the upper atmosphere is clumsy and awkward and has never been so coherent or astute; save for those times when his very earthly body is so expelled and he is free to move about with similar operation.


If one is to venture into any observation of a particular kingdom it is best to do so without blanket assumptions. The first false notion being, namely: that all creatures which are not as Man must be the same, with consciousness and function, capability and offerings, inclinations and impulses all one of the same. Rather, we go to each kingdom and their representatives and inquire most respectfully and presume nothing of which we know not, about their personal identities or individual attributes.


As we all know, a dead man is far different to a live man. The dead man may hold appearances quite similar however, although the physical details hold true for both - even disregarding the question of vitalities, there is clearly a grave difference worth definition. The beasts which pertain to earthly habitat vary in manners of conscious expression. Some are notably more of realms which pertain to a differing consciousness, their physical bodies being only one part of the integral system. Just so for all creatures, just so for all kingdoms.

I may stand upon a mountain with my head quite hidden from view - imagine that a mist conceals my head and the torso is all that you see of me. Then the name I might be given and the form that I might be taken for might be an example of this picture of me that you do hold. But what if I am buried, buried in the mud right up to my neck? As a creature I might have a different name, for the head would be all that is recognized. This example is an extreme oversimplification indeed, but the point is that we cannot simply judge our limited views of physical manifestation on the grounds that we visually see a physical creature - being but one attributable feature to their constitution which lives and dwells and manifests within a multitude of realms concurrently.


How we ourselves appear to those who are not of this world, in part is also so very different - depending from where they stand and in what region. Complete pictures are hidden from view. We only ever perceive partial interpretations of that which is before us.

The notion of 'sameness' is misleading, false and lazy. Species are species because they are divorced out from 'sameness' and no species likes to be considered as a lumped congregate which is stripped from its identity to be placed amongst their arms-length cousins. Therefore one must be very careful when entering into speculation or guesswork about the true nature and instinct of a given species.


Development is necessarily acute and far reaching, depending upon the streams of evolutionary pathways a particular species has floated and formed through. Also one might say that there are kind affections in Heaven, not unlike a man who might take to the care and nurture of a pet, but where verily a god himself has chosen to take a hand in the progressive evolution and expression within a given species. That the species may be animated, but as the 'dead man' be so indistinct in its heavenly properties and loosely connected - being yet but a primal formation; perhaps even a moving organ of Man himself, and then is taken up as it were, by those who imbue such loveliness or characteristics which defy simple impulse. And alike to a fairy godmother they are imparted with qualities anew, and so reshaped akin to their friend/master/god of affection. On a far away planet somewhere quite unseen, there may be a tree amongst many others, and this garden is of men and that tree is of you, and whether it is of the past or of the future, it is presently manifest. Caution yourselves when you look to tree or to bird, or for that matter any item which breathes amongst the ethers, for not all physical creatures are beings who are conscious here. Their consciousness may be placed like the well-hidden egg on gigantic jagged mount - the eagle’s eyrie that may not be approached, but is nonetheless there.


Not all plants afforded the title of plant, for want of a better word, are similar in any respect, save that they are visible and relatively inanimate. Some species are so closely linked with partners that the relationship between the two - the interdependences, the play of life and lifestyle - bridges most beautifully the two contrasting beings, so that the evolution is very much mixed, and so comparative. What are fish without water, and birds without trees? Oddly enough the relationship can be so, that one is not one without the other. It becomes evident we too are to be regarded similarly.

It is stated that man is essentially a septenary being. It is convenient to begin somewhere and draw divisions, however as man the human spirit is to the beast that carries the spirit within, we are two; and similarly so the bird speaks to the tree. This relationship is of great importance - and it does not stop there.


Although species vary in those ways in which they are insteeped in a particular realm - how active they are within the ethers and beyond - one may take example of a complete ecosystem and well relate it to the composition of a man. But the stringy hair on a coconut does not make it a head!


It is no easy task setting about on a five minute study of anything so very complicated as the complete attributes of a given species. But what may be said most clearly, is one cannot generalize about the individual kingdoms, and that they have their very highest representatives respectively, as also the slower brothers - the apex and the dross who are all incorporated in group or singly, and merited accordingly. Also added to this there are those features attributable which stream forth, depending on characteristics and their development - cosmic impulses, imbuing design, making ever yet more wonderful combinations.


However, it is possible for consciousness to be so shared and so linked and evolutions entwined. And so we return to our bird upon the bough. That the bird so knows the tree, that the tree so knows the bird - can you imagine it?


We work to become so independently sensitive that we shall come to know our brothers, know the mind of God the Father, know of the multitude of cohabitant creatures; and not only converse, but share insights so intimately that for a time we become as them. Some are developed in ways which partially afford this; this 'time out' to identify without surrendering identity in the very process. For the gifted few who are within that span of development, there can be such a meeting of consciousness with mutual comprehension.


Our native brothers could slip very easily into this condition amongst the various animals so signatured, adopted and made into relation. Here again was something of a necessity for the division to be made - as with a wall between both - so that man might firstly come to the identity of man, rather than community with beast, which was by method, by function, then possible. So too with angel, so too with plant and elemental.


However, this the tree and the bird still have, which is especial to them. Now the bird as living leaf, and now the dreaming tree whose emanations reach high into the clouds - both so intimate and now so related. As man is to his body (his beast), as the devas of fire are so related to pop-guns.


Excuse the humor, but one is cautious when divisions are entered into. For reality proves the interdependency, the interrelationship of all species, first and foremost. There are countless species and families within each, remarkably coexisting - not only those which are visible; all with their influence, all with their being, and all having unfolded from the one nightshirt.


If I ingest a plant and take that plant into myself, we are for a time conjoined. We may struggle and push to persuade each other, we may choose to part, we may enhance each other, we are nonetheless, intertwined. As to water, as to ether, as to fire, as to earth; as to kingdoms of varying planetudes - all creatures great and small! 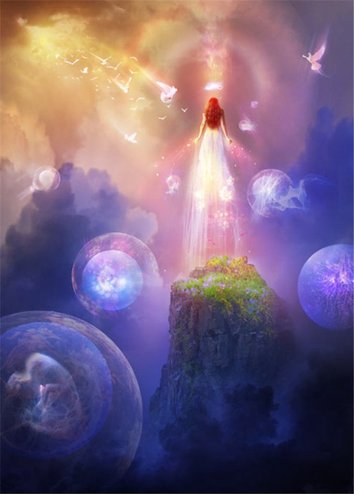 Divisions defined are useful when necessary to a purpose, but divisions for sake of such, are rudimentary but not explicit. The nature of truth is like that: it can be simple, simply put, simply interpreted, simply grasped. The actual comprehension of truth is far from a simple digestion. The truth itself is at the front of a wave of preceding knowledge which from the embankment, streams back into eternity - the complex past which pushes forth, the comprising truth, blazing comet-tail trails executed with precisioned momentum. Continuum is the substance of truth, truth which is the consciousness. All that has preceded is inextricably, investigatably, interpretively, that of the whole truth - the simple truth, affronting the larger truth. Interpretation of the physical world is the receiving of the simple truths. For being caught within the specific limits of time, we are not privy upon first surface examination, to extend past the simple truth front to view behind, to examine the wholeness. For this takes a many-leveled perspective, and all information which is not digested intellectually or impressionably or by experience direct, is either abstract or by way of imagination or of clairvoyant interpretation (which is seldom and not clear).


Each sensory interpretation speaks to each other, but not with clarity. For we are overwhelmed with the physical sensations firstly, and habitual motivations along with effort of will and so forth, as we try to develop those qualities which will one day speak to us of that which we seek now to interpret.


Clairvoyance can be much alike to a microscope, or for that matter a telescope. There can be lenses which are capable and lenses extraordinarily more powerful and accurate. A man with a penny telescope will tell you seriously that he sees no rings around Saturn. 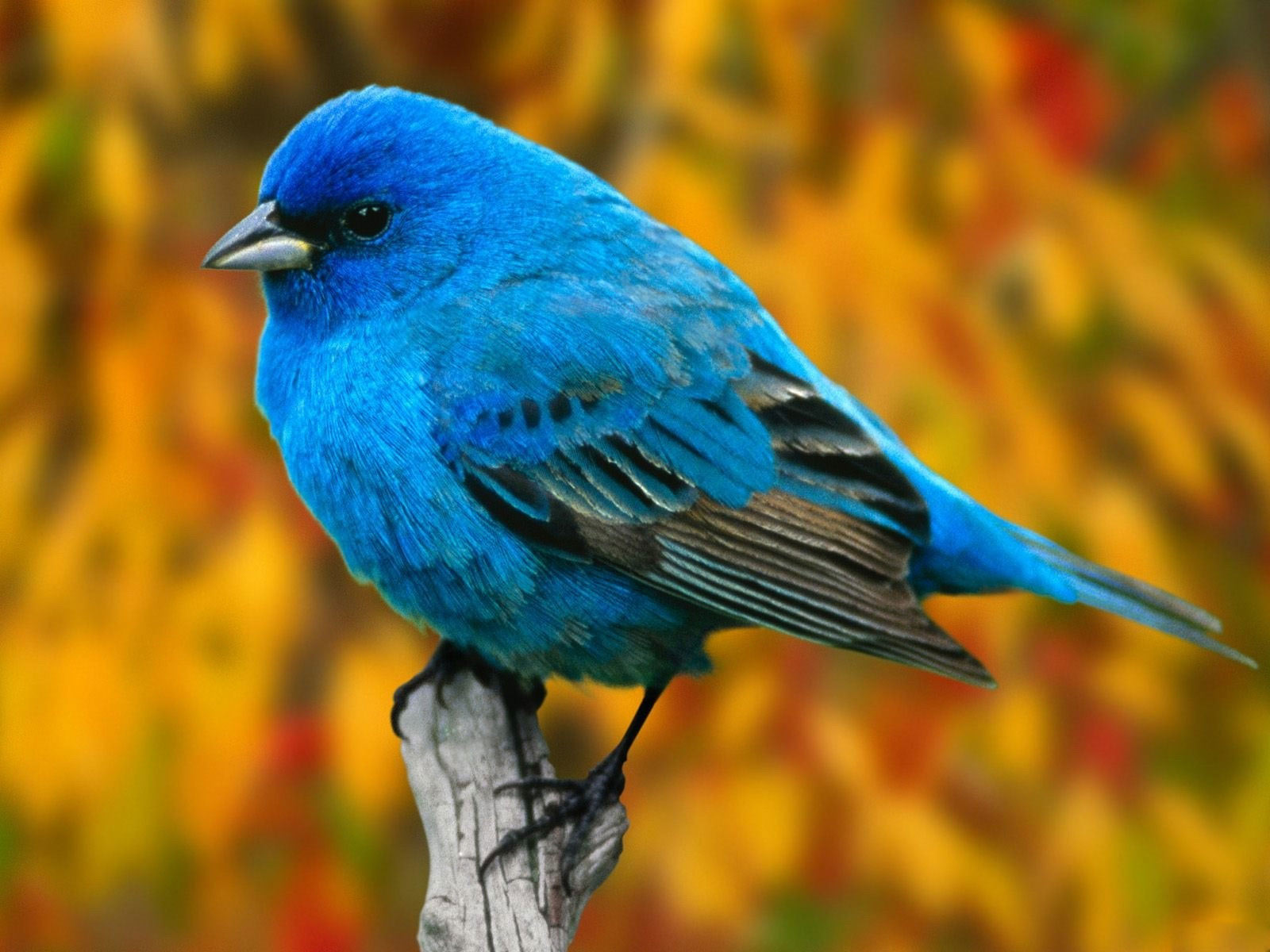