YOU should be able to 'feel' the nature of any writing - even when the manuscript has been copied - by the mere touch of the fingertips. If you run the fingers along the print and retain the impressions that come from this initial encounter, there shall be something of the measure, content, vitality, essence and character of the intended message which lies within the word-formula.

Whilst of course, this may never take the place of a 'good read' with proper consideration of any work, it may be a useful exercise in later qualifying or comparing such first impressions, opposed to later, and review accordingly. For as mentioned earlier, words upon a page, do of themselves issue much into the ethers. Similar to all computations which are designed and set, they hold living qualities unique unto the intrinsic composition.

Not all works are favorable or compatible with one's current forms of thought or being. Some may upset, or of themselves be quite destructive and volatile, or of little significance.

One must not be overtaken by fads or by trivial behavior which confuses true insights with quick and easy novelties. But having made that apparent, it is also true to say that there are small practices which may assist the student in becoming in part, more sensitive, more aware of his environment, without rendering him consumed by such practices.

Another example of such a helpful tool is namely that of annunciating, in company or without, certain words which stimulate a most positive smile within. They need not be directly related to conversation or to positive implication, but personally call upon a smile and a relief, which helps break the tension and diverts the condensation of intense thought which hitherto has become noticeably restrictive. For example: if I were to say to you, "Green jelly!" or "Happy holiday!", "Big teeth, great smile"!, "Foibles!", "Turtle on rye!", "Frog playing harp!" and so forth. Whatever invokes instantaneous cheer and gentle humour will suffice. It may appear as complete nonsense and an overindulgence would not be advisable, for there are institutions devoted to housing such people who maintain this sentence structure day long. However, cheery nonsensical exclamations, intermittently, can be useful - and surprisingly enough can actually assist in returning a certain sense of normalcy to a situation which is becoming over accentuated. For perspectives need shift, and radically each sentence requires punctuation. 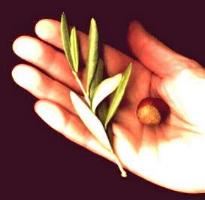 Another helpful tip one might like to try: Choose a small vegetable or nut and try carrying it everywhere upon your person (in your pocket or in your bag) for a whole day. During the day take it out and examine it - it may be a cherry tomato, it may be a hazelnut; obviously the larger it is, the harder it will be to carry it comfortably. Study and befriend this whole fruit or vegetable or nut and appreciate its presence. Whether or not you care to eat it come night-time is another matter. In point of fact, you probably will not want to do so, but by entering into this small relationship you shall come to an unusual consideration for the species, whilst at the same time be imparted during that day, with aspects of its very character and vitality. Thus the flower in the lapel. You may decide this for yourself.

There are many little exercises which may be helpful in increasing one's awareness of sensitivities, and also observation of such. The natural world becomes a great teacher if we may begin to unlock and unravel the smallest of intricate and otherwise complicated messages.

How often when we speak to another man, are we caught by a particular feature and focus upon such physical attribute, and consciously or not we become persuaded that this is the man or woman before us. These are small exercises which awaken us to the truth that we must not be satisfied with casual impressions, or for that matter unconscious impressions which may be tangled up with mingled comparisons of our own.

Any study of fruit or of word in any respective region, will undeniably assist us to observe and study elsewhere in all encounters. So we strive to be wakeful and considerate, observant and not overly receptive, however knowledgeable of that which we are receptive to.

So we do not try to force the faculties and replace sensory experience for a world of subtle impressions, but rather try to determine the relationship of both, and our concurrent awareness of. Not to lose consciousness, but rather to be so stimulated that we become more refined and attuned in our daily consciousness, and therefore more generally content, for there is strength in such awareness. When symbols and features confuse us, when interpretation of the world appears unachievable, it is then that we are given over to stressful complaints; for we are uncomfortable and know not why.

If I carry a vegetable, I do not have to become as the vegetable. My days learning need not be satisfied by this one small exercise. However, it can be a very useful adjunct, especially as I introduce the vegetable to my world in all its aspects, and am given to consideration of that very life and vitality which speaks to me from him and his.

We are all representatives of our relations- each and every one of us. The powers and the impulses which stream down and through to that cherry tomato are cosmically inclined, a living representation of his god himself. That form is no accident, the color is by design.

Carry as little money on your personage as possible. Folk prefer new notes, because they know instinctively that they are not tainted by past transactions, by fingerprints of countless eager hands. It is not so much to say that new money smells good, but rather old money smells exceedingly bad! That sickening smell awakes our sensitivities to the undesirous nature of those notes we carry with us.

A little bag of grain used to be carried in a similar fashion to the vegetable exercise outlined above. However the properties of seed react upon us in a different way and are not entirely suited to contemplation by the student. For seed contemplation may be far more overwhelming to the unprepared and underdeveloped, as it will speak not so much of characteristics, than of vitalities. Over-stimulation is never desirable. Practicing the telling of a good story is not only a wonderful art, but a disciplinary exercise for consideration of others interest. It is vital that we should be aware of those times when our words become as lead, and those times when we impart meaningful and happy notes. It is true that a good story loses something in the telling, and therefore it is more significant that we should work upon just one, and so try to refine and bring into the telling that which genuinely gives something to the listener.

If we fail to be observant, if we choose to ignore the closed windows, so to speak, then we shall tire ourselves as well as others, when we are called to relay teachings or instructions, which albeit are worthwhile but lost in the manner of the telling. It is no less sincere to be so contrived. Language as an art is much given to improvisation these days -spontaneous outbursts can be stimulating indeed - and yet usually it is more the case that we do not speak with lively tongue, but rely on rehearsed repetition which is uncaptivating to all.

If a speaker has little love or enthusiasm for his subject, it is not surprising that he fails to impart or incite much interest either. Therefore, we are best given to speak firstly of that which we genuinely hold affection for, and to balance this with careful observation of he who we would give to, this our treasured concern.

When we are in company it is important that each and every one is comfortable, as comfortable as possible. Therefore it is first courtesy to ascertain this, before any conversation is to 'take off' - a shift of positions, of rooms, of appearances, foodstuffs and room temperature, personality adjustments and so forth. For as host to another, we are obliged to consider their requirements firstly and strive not to entertain or inform, but make as possible, a possible setting for a wonderful interplay of thoughtful argument (not as in argue) and experience the moments of unison to follow. Therefore grumbling and complaints are out of the question, as these are unsettling and make all very uncomfortable. Apologies and confessions are great openers, as long as they do not bring grief to either party. People usually start from some point of agreement, and if you admit to some small failing they will usually consent, whilst at the same time become all the more relaxed.