THE story of Noah's Ark gives to Man a representation of the animal souls which are so divided into species and type. A pair of each was in place; which is a true indication as to the nature of the souls attributed to a particular animal- being two, each with different and complementing aspects in and out of incarnation.

The animals so described need only the representative soul, which of itself is encompassed within the entire host of its species, outflowing and made manifest on the Earth.

Who therefore, was Noah in respect to the Animal Kingdom? The very saint, who was later known as Francis.

The souls contained in the Ark are so separated that they are afforded Earthly representation. They are bound in higher spheres with counterparts a’many who frequent the habitats suited to type and form. The Ark as pictured above the sea of existence, is still to this day protected and held. For Man has little concern, little sympathy for that of his own. He may barely know of that beast which he works and inhabits, let alone take time out to tend to the offspring of his own evolution.

There are caretakers of the gentle brothers, those who too need fostering and attending to. Noah was such a caretaker.

There was a split division made apparent in the beginning of the world. However too, there was much danger of those aspects rejoining with Man in a perilous way, in a course that would drive the higher aspects further from the consciousness, and develop artificially the now separate beast. And so seeing this, there was protective action thus taken, and the beasts became dumb with their souls so isolated from Man; withdrawn into the Ark and made separate. They experience - and this was not taken from them. But the distinctions between Man and beast were of multifold aspect and unclear to the growing consciousness of Man. Many mixtures resulted from intimate relations between the two kingdoms, and many sought refuge in the company of those souls whose consciousness were of the beasts rather than rooted with the infant Man.

For there was envy among the lesser brothers, who were not so distant a relation as to recognise many an opportunity in time missed. And the aspects met with many a same standing, and it was not to be discounted that the similarities of the two would commune most happily. The discord and the arguments, the aggression and the dissension did come from a resentment as to who would take what place and rank upon the Earth.

There have been many epochs whereupon the individuality of a certain beast has been adored, and well respected, as a higher god of Man, rather than the soul of a particular reign. For the beasts too have their higher aspects and their flames of potentiality.

It can be recognized in the etheric world of the plant kingdom as well, where there are exceedingly perfect expressions of harmony and consciousness rooted above the physical existence. And yet to men some would be but poison, whilst others would offer remedy. However the plant may not strangle the man, and does not aspire similarly.

The falling-out with the animal kingdom was put to great argument. One must recognize the problems which ensue, of import especially when the body of man is lent and refined, and objectively worked upon, owing much to those higher aspects called for by souls from the kingdoms below. Man became a split being and denied the animals, divorcing himself so. Fragments became Paradise - and with some left out and some left in, and some so encaged, whilst others given freedom. And still those which are bound to the confines of the Ark are reached with developed commune in the blood, bone and organ of Man. 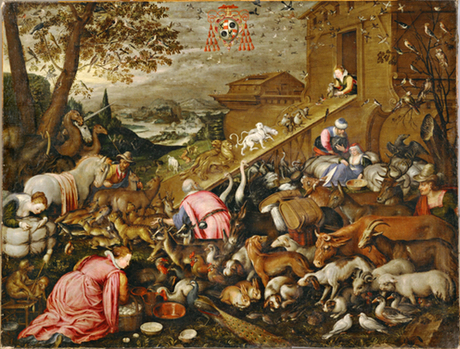 So persuasive are these individualities and yet so distinctly separate from Man. Some endearing and some now so loathsome, it was imperative that the divisions be reinforced and distinctions be set in place. The argument was to cease, Man goes about the world expecting total obeisance from the beast, the flesh absorbed into constitution, the tendencies imbuing in the astral. Some are drawn into fields for labor and some into domestic subservience. The domination of man is defined although not entirely, for there is much aggression between the two and conflict to be resolved. They must wait their turn, and are held back from otherwise. There is much experience expedient to this, and they are dependent largely upon Man and his progression from here. Whenever there is a consciousness shift, there is division. And this was necessary for the advancement of Man.
Posted by Bruce at Friday, September 11, 2009