THE inebriated hippopotamus (related to the pig) characteristically is as blubbery around the circumference as are the folds and wrinkles of the mud beneath his gait. Little hippos are immensely cute and pleasurable to look upon, whilst their elders are simply immense; and the details of distinction separate with much bodily mass pushing features out to the periphery.

Here we have a form from the 'old world', of which the inhabitants remaining are few. His bulk is now accentuated, with pound by pound of fluidic fat; and the definitive characteristics are succumbing, in frame and in pattern, to the biological 'blowout'.

Compared to his ancestral primates he is disproportionately disadvantaged. His hefty weight inhibits full movement, his nature has slowed. He could no longer make it on the dance floor! Remembering too, that all animals bear conditions today which were not necessarily unique to the past, from which they were first adapting to and resulting from.

His teeth stand like separate posts and are seldom used. His neck has little flex. He seeks the water to assist him in bearing his weight; without which, dozing awhile, his leathery hide is stretched and cracked under the strength of the sun.

He is not what you might call a perfect example of an animal. And should any protest at this statement, one might suggest that they inquire of the hippopotamus if he is particularly satisfied with his present condition.

There are many animals today which bear characteristics which become so inflamed and developed in ways which weaken the species and detract from necessity, proving more awkward than useful, and much speculation as to how certain traits remained or did change, now to the detriment of the animal which suffers the end result. There are of course limits to deformative evolution, for were there no limits, the progressive changes would be exceedingly gross and the animal kingdom so split with forms and faces bizarre and extreme. In the context however that we speak, that being over a relatively short period indeed, we do find that within a single species there is a sequence of physical formation which is predetermined and quite definite.

One may view the evolution of a certain species in terms of a single lifetime which has its end, and altogether withdraws into extinction eventually. There is much grief heartfelt at the loss of a particular species, and perhaps one may be consoled in the knowledge that such withdrawal from earthly manifestation is in fact predetermined and considered naturally.

Were the hippopotamus to become extinct tomorrow, he would, after a certain period of quiescence, return back into the animal kingdom to resume re-embodiment; summoning together those features which are much worked-upon and refined. This is not to say that he would resemble the features he might currently dress himself in. But having been freed from certain characteristics, he would recover those forces which totally inspired his being in the first instance, and become anew. (A new what? Maybe a bippo?)

Jokes aside, this has happened within the evolution of the animal kingdom more often than is commonly realised. Men may dig for remnants of former prehistory beasts, without the perception that understands their being amongst the flocks and herds today, walking the earth, as ever. Not much in physical existence remains the same, or for that matter, remotely similar in time to its former form and structure. There are tendencies amongst the materialists to cling to that which they are presently accustomed to, and regard all else as vile perversion.

Yes, there is some sadness in the fact that the beauty of a certain period shall be lost to the past (if lost is the correct term, of course). There is a phrase: 'in living memory', which implies that it is in the memory of those living. We might suggest that there is such a thing as 'living memory' which stands alone, needing not to be carried by the firsthand memorizer; and that one day all men shall find records to their heart’s content, which shall speak to them of their former periods, better than a scrapbook or a museum, but through that vision of the 'living memory' they will indeed peruse at will.

Currently there are cycles of birth, life, death and rebirth, which assume characteristics of infancy, youth, middle-age and old-age, whilst in manifestation. These shifts from one to another occur throughout a species, similarly as they do apply to a race of men, and men themselves.

Sometime in the very distant future there will come a day when the physical characteristics of man and beast may perfect throughout a life, evolving for the better rather than deteriorating throughout the ages. And also the two very much go hand in hand.

At present a man may improve his health if it begins in such a way as to be something less than what it could be. However, he cannot improve upon features and characteristics, function and longevity, which is not afforded at birth. One may not grow younger. One may not grow a third arm, but may lose an arm. We may repair and rejuvenate some of what we already have to repair and rejuvenate, but we may not 'add' throughout a lifetime, growing stronger thereby. This condition is conceivably possible for Man, and for beasts in times ahead; and the animal kingdom must await this opportunity for great change in this respect, to occur. 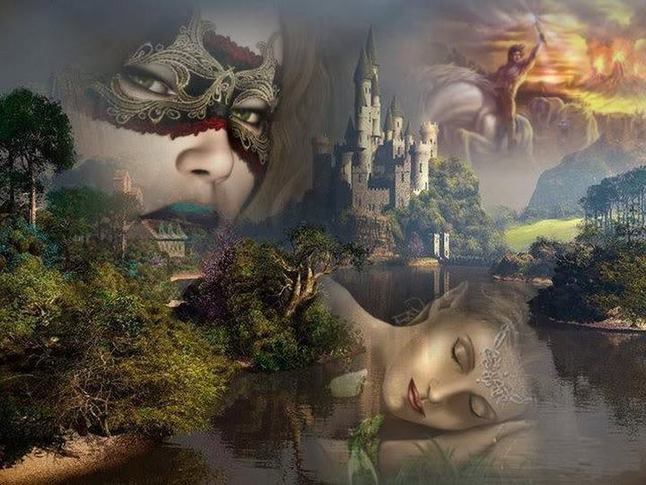 Meanwhile, the system of cyclic re-embodiment refers to all manifestation, and affords the opportunities for change which cannot be effected physically, without retirement into death; or in the instance of an animal species, retirement into extinction, enabling the freedom to begin again. Having said this we do no service to a species to further speedy extinction, for the timing of such is largely determined - quite rightly - by that which is the animal itself. One need not interrupt their evolution and explain it as being of no consequence. However, in the event of there being little left than a memory, one might also realize that the animals today have altered in appearance considerably to those that we used to enjoy the company of.

And too, we are all afforded great opportunities for change, change in expression, and change in acquired characteristics - and the complexities may elude us at times, and the significance may not be comprehended, but the calls of necessity are answered to all. Nature always gives provision for new opportunity: the balance of renewal and regeneration.