WARRIORS were admired for agility, precision, skill, flex and reflex. If a combatant was put to task (man to man) he was required to answer the blows by deflecting them for the sake of his own protection: deflection violent or deflection protective. Over the ages much has been made symbolically of the warrior - not particularly that we should dwell on the gross nature of violence however - in aspects characteristic of courage and the abovementioned qualities.

There are individuals who constantly deflect concepts, similar to a man who is caught in physical conflict. For many, one may perceive that they are extremely pronounced in a flurry of such activity even when no direct challenges or challengers are about them. If one could see their reactions as they muddle through the day, one might come to learn of the ceaseless fury that surrounds such individuals. Much energy is spent by them - uncalled-for primarily - as they frantically battle with those concepts which impinge on their peace of mind. It becomes very like a muscular spasm, an automated movement without will or design. With no particular prompting, the individuals fall into patterns of deflecting, agitated and unsettled with nervousness and physical falterings.

Throughout one's life there are circumstances which provoke the individual so intensely that they may cause panic within the man and many changes following in lifestyle and in subsequent thought. These challenges are somewhat necessary to a man, necessary to living and no one is without these challenges. In the majority of instances the reactions to extreme change may be welcomed by the soul and dealt with, bringing new and fresh perspectives to the man. There will always be a measure of pain with extreme change, however as a man resettles into new modes and new ways adapting to circumstance, he eventually recovers his composure. It may be said here also, that in speaking of extreme change, we do not refer solely to changes perceived which denote certain loss within a life. The spiral falls of depression, the challenges of yet unfathomable waters, may be grandly anticipated, wished for and thought to be of great benefit. However, the situations themselves do require adjustment and the balance of that individual being disturbed by either loss or gain, must be set aright and perspectives reconciled.

It is one matter to be ever ready for a challenge - to exercise and be 'on the alert', so to speak. But with many individuals who have met with former circumstances that knocked the wind out of them, quaked the ground beneath them, invoked impressions which are still lasting and painful, these individuals are often responsive after the fact- a delayed reaction with much regret, which causes the man to inwardly hold the attitude of all life being a perpetual fight. Of course there may be unseen challenges in thought generally, but usually there are fearful persuasions and imaginings which obsess the individual, who reacts and responds in ways uncalled-for.

Such overreaction and excessive stimulation, inhibits the abilities which draw from the well of a quiet mind. The heart is closed to the stimulation of giving and receiving, the will is misdirected and pulse quickened, the muscles so tense, the intellect locked, the man ever defensive and very much frightened.

One has to look back at that episode which began the challenge that becomes a daily reality, whereupon there was so much difficulty for that man to accept into himself, whatever the change effected/demanded. That which is necessary to survival but is perverted by lacking the cause in the moment, is aggression. Aggression is an over-responsive impulse which is rooted in fear. If the cause of the fear can be eradicated or transformed by the individual, the aggression will cease.

Fears need never be tangibly based. It is complicated to find those particular episodes and subsequent needs which initially prompted an individual into the quirks and habits still carrying on into the present. The act of aggressive repulsion is an act also of non-acceptance. Therefore an individual is self-inhibiting the very vitality which could work its way through to the process of readjustment and healing, and re-balance thereby.

However, just as there are times when physical rest is called for, so too are there explicit episodes when the characteristics and patterns which make up a man, rest for a while. This is within the bounds of consciousness. One will find with oneself, if observant enough, that key moods and ways of behavior are more relaxed at some times and more active at others. There are many factors (from within and without), which assist in determining those exact times for expression and expression's rest.

Here is much wisdom and is not to be regarded lightly. Imagine for one minute that if there were not such times within the complexities of a man, times whereby he was pardoned from certain tendencies and self-endorsed inclinations, he should never have opportunity for change and re-learning, for adjustment and growth. A man would build on a character in one direction set from first waking. There should be no provision for release. There should be no opportunity for change. 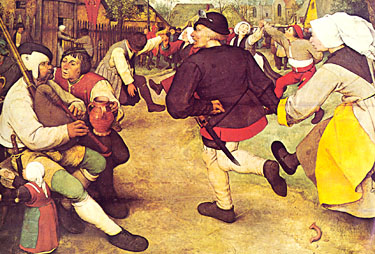 In this one can explain much as to why we have so many changes in outlook and behavior from day to day. One can become content in this knowledge and also know that there are right times for change and yet times when all seems impossible. An immoral man will not be immoral twenty-four hours a day, for all of the days of the week or year. Similarly, a goodly man need not heed his conscience or be of cheerful persuasion 'full on' without interruption.

Were that a man sought the expertise of a psychiatrist, the doctor would do well in identifying those episodes where those aspects were quiescent and taking their rest. This is interesting speculation, because that being the case, on the 'good days' so to speak, the doctor could not determine and diagnose the problem and perhaps believe that recovery was effected. Therefore it is useful to observe both and await the opportunities for application- although stimulation of the problems may depend on the specific promptings and fears keyed into the accompanying concepts and attitudes of behavior, which can at times awaken them.

All of this is well and good from the perspective of daily life and the quirks of the personality. Fortunately it does not have to relate entirely to the soul-life of an individual who has license over the personality at all times. A soul may seek consolation in prayer in times of great change and great need for re-balance. The soul's equilibrium is steady and maintained, and even when unrecognized sustains the individual throughout.

One may reach the soul of an individual and bypass the personality; especially so when the desire is within for self-help and self-improvement, but the means are not easily found within the mechanics of the personality. By this we do not mean to say that the lower passions (who too have their commensurate rest-periods) are to be considered here, but rather that stimulation which provokes a man to inquire again and show interest in that which formerly was but a darkened window.

It is common for students who set foot upon the threshold of inner inquiry to wonder as to why their development may not be hurried or even instantaneous. One must remember in this at all times that the essential point is that one calls for Divine Guidance, to live by Divine Law and know Divine Blessing in giving and receiving and then commit the lot to Divine Patience; for it is the urge for betterment, which as the right seed sown is all-important. The rest will follow in time and the matter refers solely to time. Therefore one must not be over-eager, but patient - considering that time itself is not a concern unless one is impatient. If there is anything which we do hold an abundance of, it is time.
During the course of self-betterment one may take in the privileges of studying quite closely all aspects pertaining to one's brothers and the world.

There are marvellous rhythms which breathe throughout the patterns in the scheme of Creation. One may come to know those rhythms which are so set within our personal realm of understanding and attitude, our thinking, our grappling with concepts and response.

Laughter is the beanpole opposite to aggression and is no less deflective. Of course one does not suggest that it is appropriate to laugh at all times - the laughter of the self-enclosed madman is not desirous - but rather, moderate laughter in response to those daily trials. If one is moved to anger or contempt towards a matter or a man, or perhaps a situation, move into laughter to combat those irksome concepts and then try to kindly understand the whys and wherefores, giving consideration which is proper after the reaction. For the issue of being too reactive is disruptive to the strivings toward self-betterment and creates a vortex self-perpetuating which may not dispel the aggression, but create more of the same.

There are many things which are undesirous to hold in our contemplation and therefore necessarily abandoned or rebuked. However, the act of revulsion concentrates much vitality into that very line of thought or consideration of behavior. The deeply rooted responses may fall from a man if at the correct time he is given to review and acceptance. We all need to be assured that we are cared for and that harm is not upon us. We all suffer misgivings and scars from the past, but are also rewarded if we have but the patience to wait. For we may take comfort in the knowledge of the soul that dictates according to Divine Grace, that all prayers in time are answered.
Posted by 888 at Tuesday, September 08, 2009