SELF DOUBT is often confused with humility and proper caution, but is neither of the two. Doubt need not be based on the truth of any given matter, but rather lends itself to a symptomatic condition invoking more of the same. Doubts may be seeded by another. Self doubts persuade one to believe that certain inadequacies (real or imagined) will block one from their desired goal. 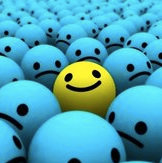 Positive-thinkers, so-called, have a tremendous control over such self-doubting; and the results do prove themselves. Quite often those individuals experience possibilities and extended limits that would have been otherwise.

Caution alerts the wary to be sensitive to that which is incompatible to their very nature: an unwholesomeness, a danger impending, a foulness, and so forth. Cultivating a sense of caution is extremely useful, as it is firstly a learned discipline of holding one's self back, giving time to contemplate, rather than to act out of rashness or impulsiveness. Caution hesitates before proceeding, and yet may or may not inhibit such procedure, if necessity does not prevail. However self-doubt, having no real substance other than the doubt itself, may still restrain the individual, immobilize the will as it were; and has no usefulness, has no application. Humility, as discussed so frequently before, is a Divine revelation of itself, and is the very substance of progressive 'openness' to Heaven herself. It is a true and proper perspective which is paramount for the student to realize, as prerequisite to contemplation and inquiry, as to the inner nature of the true order of the Mysteries. Humility tells us that no matter how grand or wonderful our experiences may be, they are but the smallest fly-speck on the window of Creation. Humility reminds us that in order to observe the world, we must step back and allow the world to have its turn in speaking to us, rather than we address it, pronouncing philosophy and dictating whims and wants. This again has no bearing directly upon that condition of self-doubt, as it encourages interaction with the world and its findings, rather than completely enclosing the doubter within a shield of inner conflict.

Many a nervous individual suffers daily from self-doubt. One can see with every twitch and random impulse, that the turmoil and the struggle is uprising in chest and flowing to mind, poking away as hot pointed spikes, contrasting the 'divineness', the 'uprightness' of the individual with suggestions of hopelessness and total inadequacy.

Because self-doubt is not related to a given reality and is rather a condition, it should be treated as such. A condition of being, that interestingly enough does relate indirectly to the target of self-perception and the accordance of the life being lived. A good example of this is an individual who plays out many a role assuming a personality and behavior which conflicts with his inner sensibilities, his inner knowledge of that which is moral and beneficial and conducive to right living. This individual has not managed to come to a point of making the necessary changes in lifestyle or in attitude because the elements of self-doubt have thwarted such efforts before they have surfaced the consciousness. Yet the self-doubts are in fact rooted in there being a total problem as opposed to any one distinct problem.

Here is a position where it is almost impossible to address the whole situation, given that the individual concerned is consumed by haunting nervousness daily that begins to deteriorate all of the functions, resulting in extreme nervousness and possibly mental breakdown. There is something of a communication problem with the inner self and its dictates, and the outer worldly personality who is continuing on in the same direction but suffering the consequences of perpetual self-doubt. There are times when the self-doubt would be better dropped completely, in order for the individual to clearly review the order of his life.

Most folk know if there is something amiss or awry in their life. It will be displayed in many a symptom, which does not necessarily speak to them directly of the concern. It is extremely difficult for individuals who from childhood carry a bank of misconceptions to draw from and know not where to turn or how to turn towards a fresh and healthier directive.

The positive thinker applies a dynamic approach, whereby he casts aside the self-doubts and then focuses upon that which he should like to be rather than that which he is or is not. Yes, here is the 'grafting on of virtues', which does seem to be the proper solution to an otherwise indefinable problem. As said before, the doubts a man may hold prohibit dynamic action and discourage the change so sorely required in that lifestyle. Therefore one must assume another personality, another set of values, which if higher placed, will assure a rising consciousness and a new set and range of possibilities and achievements. Recognize that the condition of self-doubting has spoken to us of an overall 'unsettledness' and begin anew in every way, replacing a vision of higher expectations on oneself, rather than envisualising and predetermining a lower range of inadequacies.

For we are not bound by our self-image. For a time we may be sorely discouraged and ineffectual because of a given self-image. And it may be added here that for most people, their self-image has been adopted largely by the dictates and pictures of others and has not begun to be worked on by the self - rather impressed as clay upon a rock. And if the self-image be degraded, then it is incorrect.

Christ assures us that our likeness is of His. This is all we need to focus upon.