PATHWAYS indicate that one is to go somewhere. However there are those pathways which folk choose for nature-study, which meander through winding leafy trails and are enjoyed for the leisurely exploit whereupon one reacquaints oneself with the joyful exploring of the surrounding habitat.

T.S. Eliot put to words - cynical conjecture of - people’s disposition to pursue tennis balls and golf balls through such pathways, rather than allowing time to 'take in' the countryside and experience the growth and vitality, the beauty and the balance - how modern man had repelled the natural world, replacing his center of activity with trivial pastimes of his own making.

Master Eliot saw death before him continually, and therefore could not abide with folk who were insensitive to the precious aspects of life. He was tormented by those within the ministry, and sought for comfort in the arms of Mother Nature before he could try to embrace human nature.

In our complicated modern existence we are required to fix our attention to meet with a multitude of demands, many of which are in opposition to one another, all of which discourage soul-interest in the world. Quite often there is a good man who strives to lovingly assist his brothers. By the end of his days and such efforts, he has been so tired, so frustrated, that the very passion of charity is extinguished and the love for fellow man has turned sour: from love, to empathy, empathy to pity, pity to frustration, and disgust. Such a man, who being of good intentions and goodwill, can be crushed by measuring success within the outer world. Eliot was such a man. 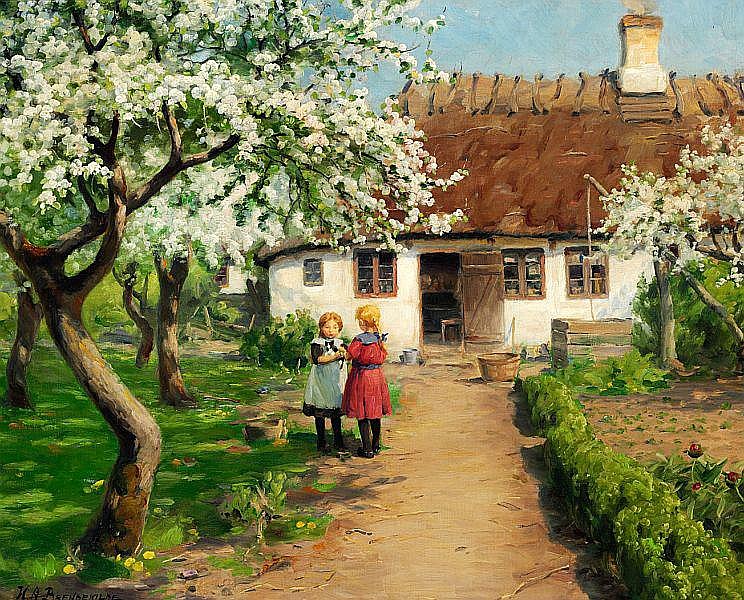 Fruit trees of today do not bear fruit immediately. One must truly believe that all help, all work, offered in the right spirit (given to the world self-excluded) has already in the very nature of the effort, wrought marvelous transitions. And such marvelous transitions do not need visible expression, in fact are quite often veiled from the man of charity, but nonetheless with time, bear good fruit for humanity. If one desires a betterment for the whole of humanity rather than a determined outcome, one will never feel the painful disappointment that cuts at the root of many a charity.

There can never be self-made conditions placed on God. His timing is perfect. Men have to have their freedom, and it does not excuse the man of charity to seek to deny such freedom in the name of love.


Essentially, we should all be wishing to strangle each other, in such an effort of loving help! Of course, such a thought is preposterous. However, the man of charity may experience so many frustrations outwardly, that he keenly despairs at ever having taken on 'God's Work'. To do 'God's Work' is far
different from trying to be God - there is a subtle difference.

There are many winding pathways and they all lead to our Father. Men may choose to 'take in' the delight of the nature-study or drive balls down their course; some would delay, some would hurry through - many, picnic! So be it.

Frustration from another's recreation, in the belief that it is misguided and foolhardy, is of itself fruitless and destructive. Rather we hold happiness, in that humanity has a great future to look forward to, and for those privileged to have glimpses of destiny yet to come, we rejoice.


With a name goes a commensurate association - this cannot be helped. Such associations and affectations affect the teachings. It will come to you of its own; be patient. This is no rebuff, but for your sake. If we said that we were R. H., it would only mean that you would come to like R. H. (we hope that it would mean this). If we offered a pseudonym it would be lying, and this we do not enter into.
We should come to see these teachings in all, for the light of truth and the spirit is truly within us all; otherwise it should not be identified.

You have not asked for too much, it is reasonable to inquire and also reasonable to be answered. If it were possible, we should give to every man full knowledge tomorrow. This is the heartache of any teacher, that mere words do not of themselves impart such knowledge. In fact too much too soon can rob the soul of that very excitement and joy which is to be had in revelation and discovery.

As for publications, try 'Mr. and Mrs. B.Hive'. That is pretty close to the mark!