IF one were to listen carefully to the heartbeat of this World they would find its rhythm, and sounding stronger than it has ever, ever resounded!

Concurrent to all of the changes, tensions and scrimshaw* we carry about us, is an excitement also sensed; even throughout the dubious presentation of today as it is today.

*(Scrimshaw - an art form of engraving (primarily) in bone, which esoterically relates to our own recollection being carved out by us having carried over from our past actions - it is just an expression we use currently.)

This excitement comes from the very best of anticipations and current knowings. There has been a freedom achieved - fought for and won - that has become lastingly apparent in the overall atmosphere of this World right now!

Whatever might be said, and whatever might be done, there is today a living fact prevailing which will not change and shall not leave us. This living fact is that Christ has finally, fully and completely, arrived within this World and is here to stay!

What is meant by this exactly? Why do most still feel so alone and incomplete? Where is the stability we need, and the paradise which would be looked for in this golden age now here?

When one comes to think about it, even the most malevolent of forces and armies of darkness could not expire the Sun ever, could they? In all of this time in the history of mankind there have been periods when it might have been shrouded from view, but never was it extinguished - not ever. And same and similar within the human composition, the most remarkable and heavenly of attributes - the humors - these and the accompanying loves, have never ever been disabled within the soul, the ego and living mind. All of Nature is at play and our humanity also knows how to be playful! The harsh conditions which the physical world presents to us are really that only - physical difficulties. There are no agents anymore which markedly can touch the health of the spirit within. Yet this physical difficulty is not to be despised or prematurely deceased from. It needs only to further itself along the lines of its heavenly counterparts, that life becomes much easier in ages to come.

And come they will in the same ineffable tidal mass as they always have, yet with more vigor, more expediency than known. New life is already pushing up from behind, as we are urged into the futures and welcomed into their light.

It is almost as if Humanity itself has been waiting outside the theater door…. and there now on the other side, instead of a battery torch and a uniformed attendant, there are one thousand, thousand, thousand angelic ushers in service, each with a candle lit from the One Eternal source; as through the foyer we go!!!

There was but one cause of great sadness before Christ came bodily into this world. Then when He began His task amongst the pitiable, in every region that the Earth had to offer, in places hidden from all help and hitherto sanctioned by beasts and creatures too enormous to contemplate, there was another sadness which was borne by blood and by water, by pain and by death, from a God who had examined every fearful element and trine, met with them and abolished them to Hell. Yet this sadness carried over throughout race and clamoring decade, for it was as He had known and forewarned, that the world did turn on a very slow axis relative to heavenly change; and it would be years numbering the thousands before His work had been completed satisfactorily. 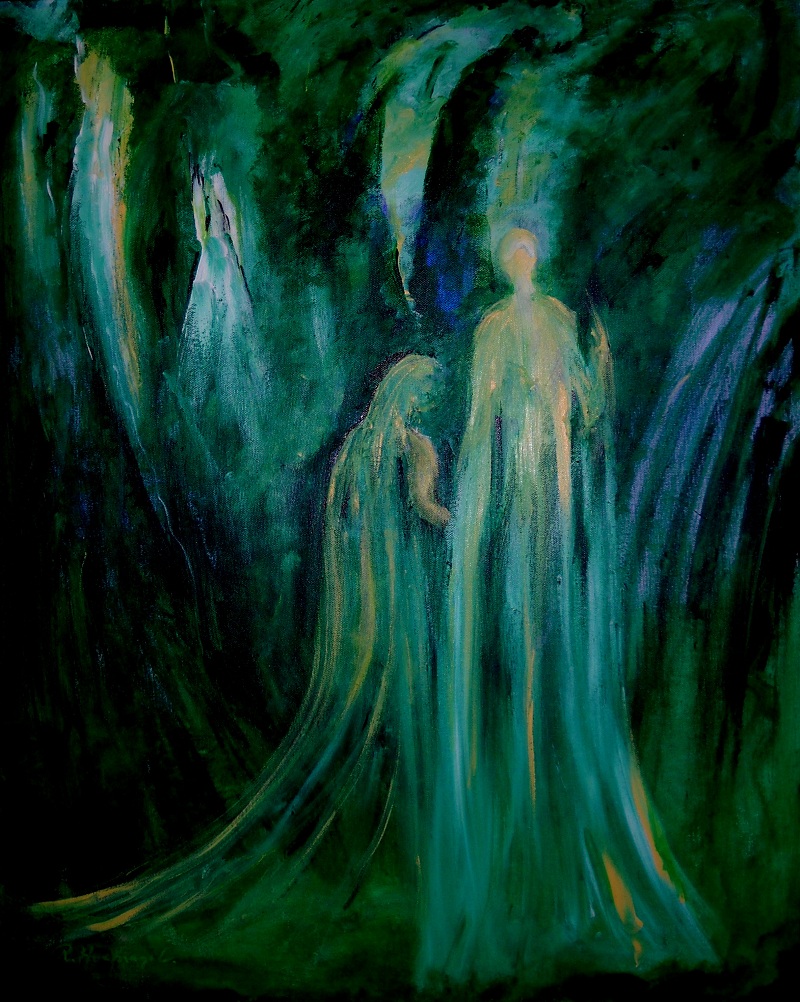 And it is. It now is. Right now. Now. Not to wait till tomorrow, but today. Tomorrow will follow on from today, but this is the big event right now, this change, this day. It is the deepest Peace prayed for. It is the one great Peril overthrown.

Every human soul incarnate or discarnate is now Christ-filled.

Every, all, without exception or possibility of failure, are accounted for - reclaimed and reconditioned with joyous prospect and diseases benign. Our spiritual lives share a warranty which is everlasting by His Grace now withstanding.

This era we are present in is one for the greatest celebration. Do not be distracted out from this happiness by the few who would clutter the moment. We may be assured that even those who still display a chaos from the tragedy just past, within the history of Man, they too have been saved throughout every level of their being reclaimed also!

Whatever befalls from this moment on, has no mark of misgiving or permanent strife.

Our world is still fragile - this part is true. The economies and ecologies will for a very long time stress and strain to bring further change, change which in most parts is amenable to the spiritual transformation occurring.

The human condition will still suffer the tedium and difficulty that aging, death, materialism and physical disease bring. However, the lasting corruptions, the threats which could have brought down the immortality of each soul, have been evacuated out from all possibility. Thus, this is that moment to applaud and hoop and holler with revelry! For this is the most golden of periods ever known to Man! Here we now partake in that birth of a new World begun just in this way.

There will of course always be developments worked through. There will be marvels and miraculous vistas of creativity unfurling through the accomplishments of the folk who frequent the towns that are yet to be formed. But of this amazingly ecclesiastically great occasion of now, to which we refer, not one thing could truly have been hoped for realistically had this not happened. 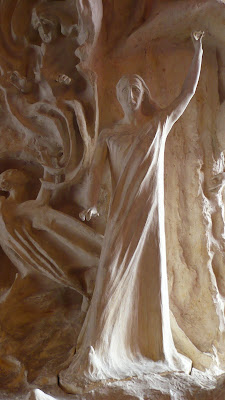 And so, let us please be awake to this change. Let us give thanks and tell all. We are safer and more well than we have ever been - Christ implemented and implied. Christ amongst us, born again within each one of us, with a full and inseparable infiltration and bond. Christ in the signature, Christ in our Word, Christ in every atom of existence, Christ in each turn. For Christ has found the one last worry and made it good.

Yes, and yet there is still a freedom to decide; but up until now it was never guaranteed that men could clearly and powerfully decide much at all. There were always too many complications and restrictions. Man in fact was in many respects not free at all to decide whether or not to stay or to go. This freedom, which was first given to him, was there in principle but became buried beneath the tedious, the stultifying and the murderous calamities restricting his politics. The individual felt this suppression and suffered more from this than any pain, disease or death could have ever afflicted. It was as though we wore the attitude of the suppressed lifelong within our innermost interior. This affected all of us - even the masters and greats amongst us as well. But this has now changed. It has been fully and completely changed. That which was foreseen and spoken of, worked for and hoped for, that freedom in each one of us, is here, fully accomplished.