Dancing in the Ten Dark Worlds 8

8. Fear of the dark (magnitude of God) This fear strangely, can afflict the most reverent of souls, and yet is off-springing from that digit which stands for just that - reverence and the power to surrender to God.

This promotes the greatest humility and passivity to contemplate and experience, but does also create it; almost and sometimes overwhelmingly, to the point of becoming terrified at the very greatness that is around us. 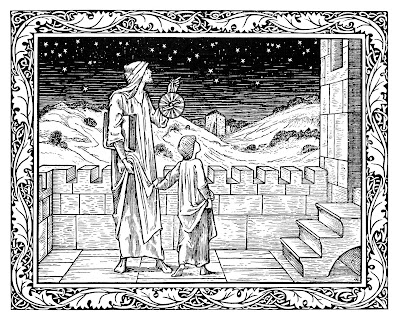 Part of the deal here is to take on and look for the courage of such a truth which lives within us. With the little finger on the other hand we were looking for the courage to come to others and be seen by them - the theme was of exposure. With this twin finger we are afraid of the dark conversely, and are seeking the courage to see God.

Many wish for this, but know how unbearable beauty can be, let alone the strength of this truth, of His Glory.

We may fear Him in this aspect also because He is quiescent to us in our day to day consciousness. The thought of leaving our consciousness is quite frightful also, just as the prospect of dying is alarming as well. So is obeisance. So is the notion that we may depart our obeisance and possibly disappoint Him. Such are the fears associated with the darkness and this virtue.