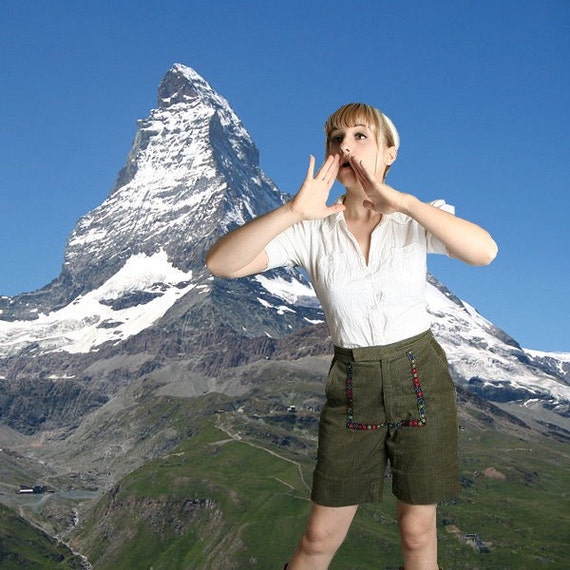 THERE are two exquisite means of expression: yodeling and gesticulating. The yodel, when properly produced, rises up and out of a man with an almighty expulsion, bringing with it a variety of near spent vitalities, whilst also those clinging impressions of the day - be them happy, sad, angry, confused or otherwise. The art of the true yodel is to learn a maneuver of the larynx which does not require the roof of the mouth in the exercise. The benefits from practice are well worth examining; and for both the lighthearted and downhearted, complementary.

When we release ourselves by vocal issue we learn to regulate and fix our relationship to the world also. The man who yells as loudly as he can, but with aggression, has come to irregular disruptions as a volcano, and spews his irritations back into his hostile locality. He assumes relief by discharging his anger vocally, however he contaminates and aggravates the fibers of his own surrounding shell; which for the most part contains much of his emanations.

The greater way to release those forces alongside sound is by means of rhythm and pure (particular) notes- the gravity of which oscillates in accordance with the fiery scales. Therefore, whilst the angry issue is apt to be abrupt, sharp and defensive, it is contained within the exterior of a man. Whereas those issues of melodic content are in transit, way above and beyond he who did give rise to them.

Sound is tangible in the spiritual worlds. It was not always invisible to men; nor was it of the same specific weight. All sound pulses - it is not apparent, and may be confused with the means of issue, but sound of itself actually pulses within perimeters. Alike to the elastic wall of an artery at the periphery: expanding and contracting:-

That being the pulse, whilst the central force is not decipherable as physical radiation.

It is the relaxing and expanding central motivation which carries the 'life' of the sound- such life-supporting attached characteristics. The ink within the pen, the blood in the vein, the air in the lung, the marrow of the bone, sound is the physical vehicle for 'nuance' - the derivative of Creative Balance. The balance to the Creative Powers is the manifestation of Creation itself. Asked and answered, in the divine sense, the Creative Powers 'ask' whilst the formation of Creation 'answers'. The nuance of sound is party to this equation.

The magic of men is empowered in (literally in) their sound. Anyone who has heard a baby cry and felt the summons, knows such power as can be directed! It is greatly of the future, and as yet so underdeveloped that it is barely conceivable by men. 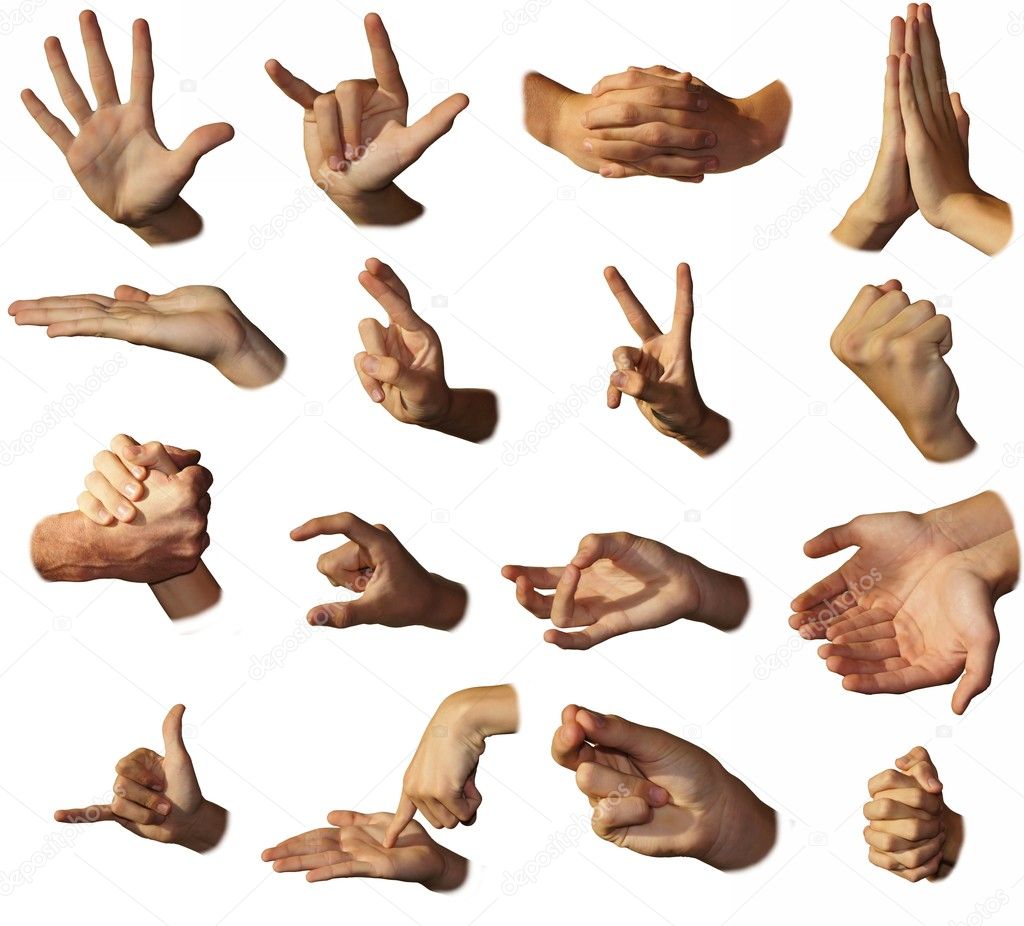 Gesticulation makes impressions within the surrounding ethers, whilst also, once again 'works in' on a man. The very actions he follows through with - for the main part unconsciously - are instrumental in creating a vortex of activity in which his picture-memories are contained. He may draw back the curtains of the stage of memory, by enticing (itching, scratching) within certain hand/body mannerisms; usually in repetition of sequence. This will work its way into strengthening such picture memories and enforcing them, as they are ennobled with vitality.

The powers and ability of memory (actual memory view, not retention-recording) come from the powers as given by Cosmic Memory, which once again are essential to the bargain between the dream of Creation and Creation's fulfillment. For without the substance of Memory - Divine Memory - there would be no laws laid down, no laws worked upon, no springboard for Perfection.

Whilst on the subject, much purpose, driving purpose, would be lost if e’er memory faltered. It is one thing to be made as separate from distinguishing memories and have to carry them unconsciously, they are still nonetheless there and intrinsic to our very substance and individuality. But it would be clearly an impossible defamation of Creation to totally divorce such memory from a man permanently. There would be no wisdom in this, or him. However it can be too, that some are adopted and shared. 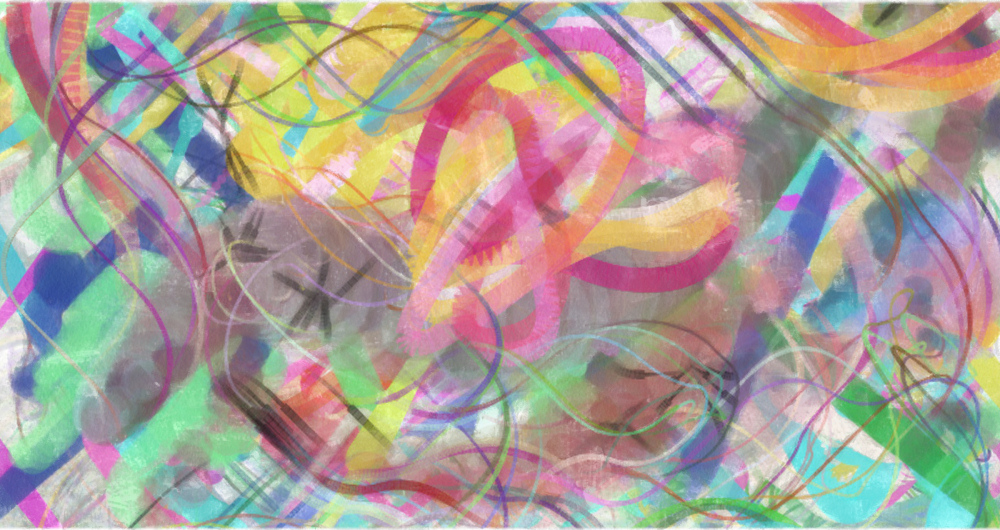 Philosophically it can be questioned that were one man to be given the full complement of another man's memories - with all of the melancholy and sweetness, in due sympathy - what should be the difference between the two individuals, save that one is blameless? It will come to pass that men can share memories earned, to the extent that others will truly relate to them as if they were their own.

Also, that one man may call forth images through gesticulating in a particular way, and that the partner will perceptibly interpret such memories as alluded to in physical remonstration. For this type of communication there is no need of words at all; however there is no provision for new and active thought either. It is pure experience. Of course a man need not have limbs to hold memories; and yet there is much within the limb system connected to the powers of memory.

When we divine and distinguish certain pictures as kept within our subtle body, we call them forth because of something which pleases us to recall. Involuntary uprising of painful memory is another matter again - in the case where a man may be haunted in dream or in fear and startled repeatedly, as if a phantom urges him to relive such fear. If we are provoked unhappily then it can be that release of such unwanted memories may be brought about by yodeling or song. It is interesting to note that if one pictures the very depressed, the sorrowful, they are as the clenched fist, curved in and unable to loosen the memories.

The men who beat their own breast give strength to the already fortified memory-impressions. The men who shake their legs to an unheard rhythm are recalling and reinforcing surfacing memories and are not dividing their attention between themselves and the world evenly. The men who comb their hair, smooth the hair, pull the ear etc. are wrestling a memory, or reliving one. The dancer says "I am a creature of the past, let me show you what I know of then". The teacher raps the board with cane, and then perhaps the pupil too.

We build upon memory, we strive to imbue our memory and we seek to ever fortify our memory; and yet can we balance this against our living in the present: the eternal now and providing for an ever new future? It will help if we sing. For we are empowered with an ability to work what we have, not only to 'collect' memory-stuff as it were, but to transform it and ourselves and put it to use. Have you ever noticed the beauty of a sad song? That the sadness is redeemed and quite transformed? That it is almost a pleasure to 'lock in' to the message of the sadness imparted and experience it?

By dance, we have memory. As with the great cosmic dances of Heaven, when conditions are laid out and remain, drawing from laws as of the past, unfurling them once more.

It is with voice that we make new futures. As with the cosmic throng which blends all manner of transfused suffering, longing, hope, courage, laughter and grief, strategy, nobility, repentance, happiness, conciliation and consolation, bestowment, fathering, nurturing, mothering, hesitation, procrastination, divination, hopelessness, adoration and absolute love - from which, is orchestrated the future.
Posted by Bruce at Tuesday, February 23, 2010