Hallelujah and salutations!
Putting on my top fez, top turban, top hat! There should be music symbols on this keyboard. A splendid morning to you all, to you all. 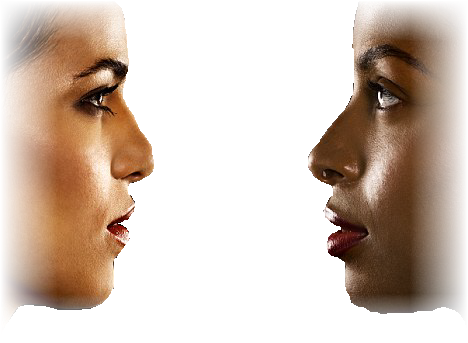 THERE can be many ways in which an individual can allow himself or herself to be intimately connected with another. Although one usually infers a very blatant supposition that implies being intimate with bodily connotations - sharing the bed, engaging in private relations as expressions of mutual desires or longings, and so forth. However there is a vast range of intimate relations one may transact in from one to another, whereupon the heart and mind communicate that which was previously unspeakable or unheard.

As the past beckons us forth into the moment there are times in which the moment may be experienced intensely with two or three; perhaps two or three hundred. There becomes an extreme shift in identity whereupon the individual who is usually self-enclosed and self-absorbed, gives over with such interest to another, that he may separate off from his guard - the personality - and step beyond his established confines, entering into the sphere of another who has invited such presence. This is intimacy.

For some, the closest understanding of such relations is expressed solely through the physical magic; implied or performed. The individual who otherwise suppresses his common urges, does impart clouds of stimulating chaos surrounding the would-be partner of his desire. Whether or not there is a physical response, there is an attempt at a certain private communication. For many, the realm of intimate relations will not extend further than this primal experience.

Also too, there are many forms of physical expression which are essentially dependent on the character, nature, constitution and age of the individual. Some expressions within human relations have little or no bearing on inner communication at all, if there is anger turned upon another. There is no participating intimacy in acts of aggression, only physical acts which mimic such intimacy.

The humble handshake, the touch of a hand, an arm around a shoulder, a twinkling-eye related message, and so forth, need be the act from one to another that intimates the impulsive intensiveness of the moment shared. We do not allude to the mysteries of propagation today, but one does know the differences between the electrifying handshake and the feeble - and the charge, as it were that can be ever so apparent, in a room of enlightened argument or deep conversation.

Some individuals are as a perpetual whirlwind of activity and are lavishly expressive, even in the most minor circumstances. Some are not so easily fired but receive and take in the world into themselves every impression, given and felt. But for the steady and moderate man who is usually self-contained and politely at call, there are episodes which one can gauge, of extraordinary mutual communication.

This communication, intimate communication, may happen upon a man so infrequently, that with tearful gratitude he mistakes explicit conference for that of the sole-love betwixt a couple. Our love may of course be shared with many, many folk, when one comes to know and appreciate their gentle soul.

However, sole-love in the bonded marriage-of-two sense of the word, is a different matter entirely. The purpose of marriage need not enter into such relationships, otherwise we would all be bigamists. Nor should we reservedly confuse the two. The mutual enterprise of marriage so consummated is the higher aspect, born of the consideration of such intimacy, yes, but does not exclude an appreciation of the rest of humanity. For then the two as one, become then introverted and begin to know not the world. This in no respect means to imply the sharing of the marital bed or that which is held to be private and most sacred to that marriage.

But nonetheless we draw distinctions that suggest that in toto the world generally is without intimacy, and hungers for true and honest communications that need not be reserved only inside of a marriage. Indeed, a good solid marriage may impart something of itself to those who do enter into the sphere of its harmonious interactions. There is much to be gleaned from a good example and from those who with caring and social considerations, follow through with relevant and according interest.

Small talk and introspection is so suffered in social relations, not only through the expressions of strings of words which carry on so, but in the very attitude and nature of those imparting those empty shells. They are but false food and as such sustain very little. Small wonder that those who are finally touched by intimate thoughts and subsequent revelations, hold to these moments with tender consideration.

When folk dream of Paradise it is not to the surroundings that they allude to, or to the fruits or climate, or any external notion of that condition. The vision of Paradise is sweetened by the love experienced without and within such condition. Certainly, a paradise which did not accommodate an inner world of delightful responsiveness, an inner soul-communication that breathed throughout every thread of every fiber from plant to being, would surely not be Paradise at all.

If we hearken back to the experiences of our earlier years, with fondest reminiscences invoked it is with recollection for the intimate relations which touched us, spoke to us inwardly. The exterior world lessened thereby in overwhelming significance and the inner realities prevailed where there was inner commune.

There are souls who are so depressed, so dismayed, who truly wish for intimacy, but replace these impulses with exterior intoxications that are self-fulfilling, yet self-depriving in their aspects. It is as if the 'need for communication' is so disappointed with its findings that it no longer strives out from the man, and is answered artificially through means of wine or similar exterial persuaders. Second best: "If I can't have communication or the experience of intimacy, I'll settle for the illusion thereof".

Eventually the man is driven yet deeper into the confines of a secluded and repressed being, for the quality of intimate experience is so deprived by these means. The soul recognizes what is true and what is false, and knows exactly upon what terms and on what levels, an interaction is being conducted. Whether consciously realized or not, it is the soul who seeks its relations and connections with the outer world; amidst the babble and meaningless infrastructure of social niceties.

One may predetermine the outcome of many a circumstance. For those who are disappointed and set their expectations on the lower aspects of human relations, they are easily fulfilled. Sometimes it appears far easier to hold to expectations based on past disappointments and gauge the outcomes so put in place from the onset.

But also, one may have optimism that encourages one to break away from such disappointments and reach out (unconditionally), turning the impersonal into the personal. We spend so much time inhibiting interest and concern, inhibiting conscience, restraining desires and inquiries until at last we become really very good at it. Then through artificial attempts at making the world become friendly to us, we replace the life and vitality of a situation with more life-defying activities - each under his own rock, under the shelter of dishonesties, mutual murmurs and shallow social niceties. Folk can be found hiding behind badges, in bottles, in packs of cards, playing jokers or queens - as a room full of mirrors, with each behind the mirror, only giving back that which they see and taking all men to be as themselves.

Intimacy is experienced firstly when folk give of themselves. When one's attention is called for, it is given for that time completely; not suppressed and not distracted; with not suspicion or compulsion, with no preconceived adulterations: "Yes, here I am, this is me, we shall talk for a while". And then with due response and equal openness soul to soul, there is communication, intimate communication.
What are we saving ourselves for, when we hold back from honesty, when we care little, when we offer one tenth of ourselves to ourselves and then to our brother? Spend and replenish. This is the way. Move from the old unto the new. Renewal - constant activity, constant change and constant renewal. Why hold back, why save ourselves?

Learn to lengthen the vocabulary and share the meanings of the words. Men may establish catch phrases, and swing in and out of conversations based upon a vocabulary neat to the order of one hundred or five hundred words; and this may be blandly comfortable. In that number, the limits of the conversation which is to be shared will be somewhat determined; and by the limited understanding of those words.

Why do we adhere to that which we are used to? When in good company one may pick up a dictionary and share or discover anew. This is most stimulating. Even if the meanings are not reached, they are attempted. Even if the concepts and their attached definitions are gone a minute later, they have been worked upon. There is much intimacy in mutual study.

So one can see that it is not only the baring of one's inner self that does partake in the experience of mutual communication, of intimate association, but also too in the experiences of the moment that come from this beginning. The quality of such interactions will be the brighter, more colorful and more intensely illuminating, when working from the bare character of a man rather than the exterior semiautomatic personality so motivated.