"Daring not to go a step further, the specter with his head in his hands faltered, looking here and there frantically. Dismembered from the neck, mobility did ague, his eyes spanning that direct expanse only which the hands did place the head to see; for he was so frightened as to see more of the same as he."
DISASSOCIATION and divorce from the sympathetique of a situation compels an individual to dismember himself accordingly. When we make judgments which expel decisively that which does not agree with us, we sever those corresponding affinities, abandoning them also.

There is not one thing, be it virtue or sin, in the outer world, which cannot also be located within our own personal hemisphere of activity. That which is us may be active or reactive in particular ways which dominate, but the worldly affinities which we know and hold so closely to us, are neither singular nor transferable without injury. 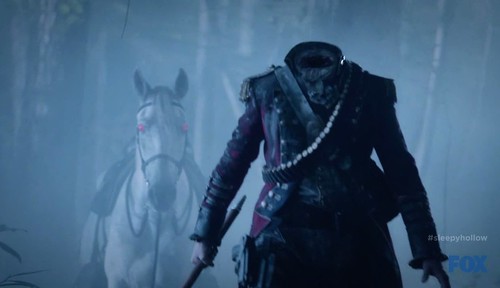 One man may know isolation, particularly when amidst a crowd of many men: those faculties and constituents that make up a man, which are at present in semi-isolation.

Many a conflict and an argument dwells inside a man, aggravating and grazing with internal bruise and wound, for it is difficult for Man to embrace wholeheartedly the entire world. And difficult therefore, for him to embrace that which is himself . . . and his brother.

This concerns a certain grasping too of realities, deep realities. One may fix their consciousness on half-truths and personal persuasions, without entering into a full comprehension of absolute knowledge and therefore love of a truth: a reality.

Whilst it is true to say that within the process of living one's life we are impelled to make choices, and confronted so that we must exercise with response (responses of 'sorting', of rejection, expulsion, assimilation), it is also true to say that the model of daily existence is somewhat out of whack, so to speak, with the spiritual realities and responses most conducive to them. This is the origin of conflict.

If I were to produce a finely woven rug and this rug was most gloriously designed, you might appreciate the work seen in its entirety. If however, you were reduced to the smallness of an ant with ant's perspective, the appreciation would be vastly limited. If you were a beetle and began to gnaw at the thread, you should not understand the implication of this unravelling. So when there becomes an unequal relationship between the perceiver and the percept, one finds that the perceiver will most definitely calculate such perceptions to lesser values based on his viewpoint, rather than on the entire reality.

The said complexities of the spiritual world spring from relationships of unequal proportions. Interestingly enough, we are all much larger than we imagine. As indicated before, our aura is so expanded, whereupon our consciousness does but illuminate a tiny point with a tiny radiance, within an expanse that infills all space. At given times we may swell much larger within that expanse and proportionately view all manner of realities with greater vision and comprehension. During the course of a life however, we tend to shrink and shy away from impending facets of realities that impinge uncomfortably on our limited consciousness.

In this there comes a system of yet further denial. Many a man becomes very well learned in the habits of consciousness narrowing, ever rejecting rather than assimilating. "I don't want to know, I don't want to know", limiting yet further the understanding and grappling with new encounters. For the pattern is so set. 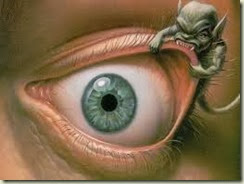 That which we come to know completely, we come to love. There is certain fascination, and therefore attraction, for that which is embraced through real knowledge. But because there is much effort required before we may come full circle to comprehension, it appears far easier in most instances to expel stimulation, to inhibit queries, to extinguish the flame of interest, to abandon our acquired sympathies and shrink yet further into ourselves, becoming much smaller and lesser in such decisions of soul. For the pattern is so set.

Obviously one may not fling full force towards all challenges and find immediate ability to grasp great knowledge of all that presents itself. Such expending of vitalities which would be required, is indeed certain death. At the point of death one does just that- expands and radiates outwardly so, embracing with leap and leisure, the great tide of incoming influences, expending all vitalities in a single gesture with great impulse of love, realizing with full knowledge the limitless expanses which were before so defined and exacted through the personal limitations of living.

So discernment is ever of importance; discernment in regards to exactly what one may throw their life's vitalities into, fixing concentration to particulars and not conversely, deliberately denying all particulars; being choosy.

However, it is good to realize that all rejection causes pain- pain to that rejected and commensurate pain to those who reject. It is within our inner nature to wish dearly to comprehend. Our soul, whose actual status is so much the greater, knows the attitude of knowledge/love in totality. It has recognised the deeper realities as from the first, for we are truly the offspring of such realities. Our personality is a far removed extension of the soul within, and as such a much smaller representative with perspectives so limited, which grapple to come to that which the soul does already know and experience. Thus life is conflict.

However, it is grand indeed when the soul may teach the individual and be given license to explain that which is essential to the whole truth. Life long, personalities chatter on so; rarely will they be interrupted and give time to much larger considerations. It is the balance that we seek, in order for the two to cohabit in accordance with divine progression.

For we are the fallen Angels, who with angelic tendencies may desire return to an albeit quiet existence, but no longer afforded with the grand plan of destiny that is for Mankind alone. And so the personalities so developed, do not hearken so readily to the movements and callings of the radiant Heavens, but in piece go forth to regenerate much offspring, with character developed from the re-finding of particular knowledges, recreating particular realities.

It is through the development of many a disheartening trial that the will perfects in man, to steer courses which would otherwise be predetermined. But that too the will be in accordance with the Father's. This is the sticky part.
The laws of magnetism provide that one does follow the course of a greater will, for we are not separate to reality, and life would contend that. So the greater will, that dominates action and reason, should firstly be adopted as that of the Father's, who does circumference and drive all Creation. He for us has complete comprehension.

We have always pronounced it bizarre, that the world of men so often make judgements by jury, whose only qualification is that of being representative of society. So we firstly realize in all humility, that our restrictions to perception are so limited, that we are not entitled to entangle our personal judgements with negative rebukes. Should we not wish to venture down a certain path, then this is decided harmoniously. Contention and negativity is no longer useful to a development that seeks compatibility with the soul and all souls. If we do sever ourselves from that which we find distasteful, we do sever our understanding in part. We section ourselves into like and dislike, rather than knowing that the world and all of its aspects are very much the fabric of that rug that warms the personality so actively motivated therein.

It is more honest to say "I do not understand my brother", than to condemn a brother for something which brings much distaste. In this one can come to realize that the intricacies of good and bad are deflected much by attitude.

We may wish for great change and are at peace with that. We do not strike out in anger at that which upsets us so. If we cannot come to understand the whys and wherefores pertaining to a situation, then we acknowledge our limited perceptions and go on from there. We may choose many regions of activity, but in this we also know that they are but a few of many.

We never reward or encourage bad behavior. Often duty calls for explicit intervention whereby one soul must actively discourage or reprimand another for his presumption of license which oversteps another's freedom. But inwardly we should not give over to responses of complete rejection to situations or to people, and by so doing commit them with abusive judgement. For no one is fixed in their current predicament, and no thing is completely perceived in its entirety.

Our judgements, our discernments, are but personal and relate accordingly to our own inner attributes and deficiencies. We must not cast them out, but inwardly reflect. If we abandon the world, we abandon that part which is indeed within us. The circumstances of life are a great reminder. Our attention is forever demanded and thus worked upon.

The headless horseman who flinches for fear of seeing yet another alike unto himself, has divorced himself from himself - he is incomplete in such attitude of separateness.