THE perspicacity of this enigma lies at the fundamental heart (and spleen) of evil's origins itself. The 'm.o.' of the assailant is faceless, unpredictably chaotic, of quick action (quick to get in and quick to get out), destructive, vandalistic, torturous, unempathetic, cruel, intrinsically benign-less and Christ-less. Demonic beings can also be named all of the above in their activities, however, they unlike the men who are emissaries to evil, are only working out from but a few capabilities. Whereas the men who have fallen into relinquishing their humanity through murderous conduct are treacherous to their own Maker, and not being true to themselves or to God at all.

This epidemic of displacement has already brought with it sadly, fears and illnesses to come within this generation. Both materialism and fear affect the subtle ethers, the nervine networks, the etheric vitality's permeations, the correspondence between the overall incarnating cooperative sympathies (i.e. how well-fitting the spiritual being is to his physical body); and also the imaginations themselves can literally create unwanted life-bearing disease when poisoned with fear or materialistic shock.

Fear can saturate an environment, and in the instance of a terrorist act, its after-effect is of course, that objective. We may look more closely at what this may mean, that the fear itself in this context begins at the scene of the original act and radiates out with much the same travel and force as an atomic implode. You can picture this, possibly as a true substance with a very real effect. Fear is not merely psychological when it is invoked through situations of bodily injury, pain, death by corrupt cause.

Warring battles of the past were never primarily about the first and last count of bloodshed, about numbers of villages, of tribes and later counties; they were about fouling the entire landscape and spirit of the people within a certain country, of interrupting destinies of the up and coming generations through the first parcel of affliction passing from parent to child, contaminating an entire race's ability to incarnate ordinarily. So beyond the man, beyond the demon, there is but another contrivance offset against life, one which knows with a maturity and aptitude what it takes to bring a people down.

Here we come to one of the aspects of this fundamental theorem of evil itself, that there can be an intelligence which works against other life, coercing the fates with abominable plans; that there can be an evil at work in the world which is not just a mistake but designed to be what it is; and not even for good reason, but all for nonsense, all for naught.

Let us not be afraid to consider the elements of these monstrous dragonic beings and look them in the eye for what they are (now and then). Please God though we tremble, may we not be afraid!

This is no small issue, because as is widely accepted, the first risk of the occult path prematurely encountered is that of megalomania. The impulse of this tyrannical behavior is in possibility, a living reality in each of us (and therefore a risk we should be aware of to deal with and counter). All men have this possibility for this impulse, and though this impulse is completely contrary to the humanity-spirit within, it can still override the heart, the conscience and incite passions/stimulations/gratification for power.

When the will of a man is fired and fed by this 'power', the renewing forces within the individual are not from a lively exchange, but are given to vampiristic employ. What this means in general, is to say that usually there is a circuit the conscious will travels which articulates its way through to Father God and back again, gathering the encouragement (in real terms) of Him - His Will in ours, His Will and Life in ours, His Love made Known to us - and this in turn empowers our will, our life and our love within the world. All connections and conjunctures are employed through Christ in this World also.

Now in the case of the megalomaniac, the tyrannisist or the terrorist, we could name all kinds of astral inversions which might appear to be causal to the problem (inasmuch as they 'reward' the individual with effects from what they do) yet the foremost commonsense explanation the man-on-the-street would give you is the most apt - and that is that these individuals think themselves God. 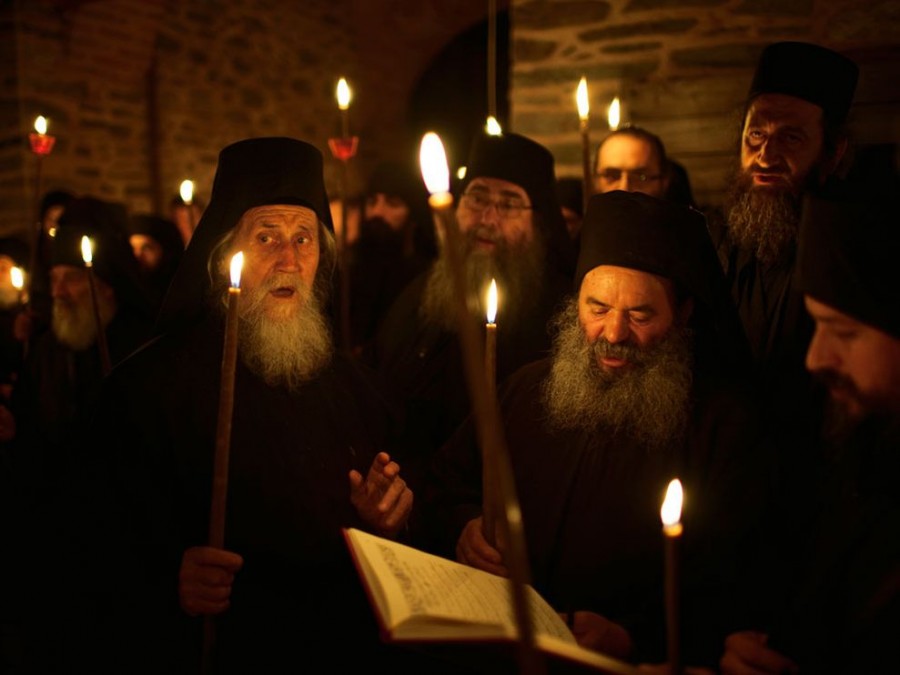 Usually when this comment is made it is a little snarly or sneered. However, if we consider its import we find that the truth and reality is tremendous here. This is a truth and reality that all good self-deprecating monks have labored on the side of - the humble perspective as preventative: to know that they are not Father God, to decide this and to be separate enough so as not to confuse the two…and this is mainstream important!

We could pass by this concept and think it quaint, or say 'yes, I have the idea here', but take a little more time with this truth. It is not our true godliness that would betray us, nor even that we would shout out loud 'Man, ye are gods!', but rather - and be cautioned - it is the very displacement of setting ourselves above our god-brothers and causing them to be servile beneath us (or wishing it so), that corruption causes the arterial bleed within us.

It is vanity that causes terrorism. Vanity is the root cause - a false-pride that has won over the sensibilities with conceit, prone to self-fulfilling illusion, looking for self-substantiation through more of the same. Vanity is not just a mistake either; it is the formidable dragon incarnate. The haughty laugh, the mocking authority, the uncaring criticism, theophanous jargon - even the self affirmation is dangerous! (Beware the self affirmation "Oh yes, how are we today Sir? Looking good there today Sir…")

Vanity is humorless, full of pride, shoots anger when challenged - cannot be challenged. Manipulating, persuasive and willful, vanity takes all and wants more. Vanity thrives on fear, begins the chaos and feeds on the chaos.

You can witness the willful individual with loud outbursts causing a chaotic atmosphere around them. It can become intolerable and need not be tolerated. If an individual sets out to destabilize you, one way or another, to achieve an end which is outside of your own desires and you recognize this chaos afflicting detrimentally, it is better to remove yourself from this situation where possible. The very first step is to identify what is going on. Once picked up upon it is surprisingly common to find individuals around you who believe themselves superior, seeking to control your own reactions through the element of the chaos they produce. (The personality terrorist.)

Christ's presence is becoming evermore apparent within this sphere and beyond! Whilst the Angels clap their hands to His forthcoming, the evils are challenged and reacting quite badly. Vanity sorely responds to true beauty as though tormented with such pain, whereas the godly, the true godly, are grateful for His glory and not slighted by an obvious betterment, seeing all to be enhanced by it and not lessened.

Paradise is not a competition, nor is Heaven, nor adeptship. Oddly enough, in that respect there is no hurry to get there, for there are places enough for all.

We can pray that our own conceits do not distance us from our true aims and loves. Let us uphold the realities worth working for, be honorable to Christ by the virtue of always expressing great Kindness - for in kindness is kind-ness - i.e. an empathy of kind.

Vanity would separate off men into categories which amount to an attitude of those select and those beneath. Divisory thinking and living hurts our dear Christ to the core. Herein we are called to a sensible compassion, that whilst we do not give in to the explosions of chaos that set about to bring us down, and we do not in any way permit this behavior by concession, or by trying to tolerate the intolerable. Yet also, be aware of our own tendencies and judgments and where exactly they are placed. Are they haughty or divine? 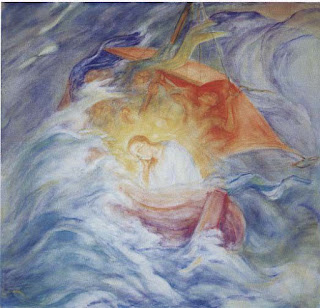 Father God Elect,
Father God Supreme,
You Live with me importantly,
As I with You
In continuous and unerring rapport.

Father God,
I am grateful, thankful and rejoicing this truth:
That all glories are Yours
Though witnessed by me;
And I am but one
Amongst the countless many.

Protect me dear Father,
From the hideous betrayal of vanity;
And cloak me now with warm humility,
With the weave of a loving empathy,
By Your Grace alone,
Amen