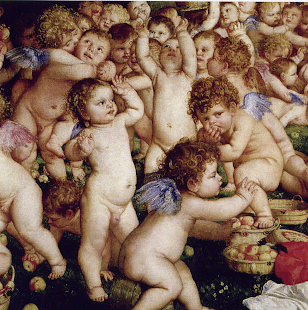 THE 'bells on high' will fill the wombs of the next year's baby showers, as the gates to the world open up at Christmas-time and decide, as the world swells. For there is a procession of inflowing souls who must gather at yearly intervals to enter into the earthly realm. The 'heart' of the Earth, as it were, opens up to receive into its boundaries new men, renewed men, who seek re-entry.

Once a man has departed the 'city limits' of the Globe and severed such ties as are his, with affection within, he is disassociated and propelled out into fields of planetary attraction. Go where he might, he cannot and does not immediately return, once he has broken through the outer Astral sheath which mirrors conditions of this world.

It is natural for humans to desire return, and contrary to the abounding propaganda of today, they love their communal residence; and with the affection of a child to parent, they love also this being which ensouls this planet. The soul of Man can indeed recognize her from afar and will always be drawn unto her.

Activity always passes into and through the poles of the Globe. This is why, when there is importance given to a certain high spirit residing at the North Pole, that we consider this out-of-the-way environment. One might suspect that there is great seclusion to be had in the far regions of intemperate latitude, however there is ever more activity to be witnessed than at the busiest city in the world!

The 'bells on high' aforementioned, speak of the sound in which a soul penetrating into the atmosphere resounds. We are so regulated - there being a time to await death also - that it is necessary for the admissions to find their way in upon the only breath in for the year that the planet inhales. She is a creature of time, of rhythm, so bound by her relationship to her fellow planetary beings.

Every human soul impresses her with their likeness, and she, Mother Earth, is aware of every individuality who clings upon her garb. One can see from this, that there is therefore a distinction to be had when comparisons are made of Man and the microorganisms he bears. For Man is neither conscious nor adept at perceiving individualities which comprise parts of his physical person; but Mother Earth is. And she gives to each and every one, not only provision for an existence, a term of life, but she gives willingly that of her own substance which we command, build and toy with, explore, and take unto ourselves. It is by her acceptance of the children each year that we celebrate the loving arms into which they are received, and the presents to, which each child is given. 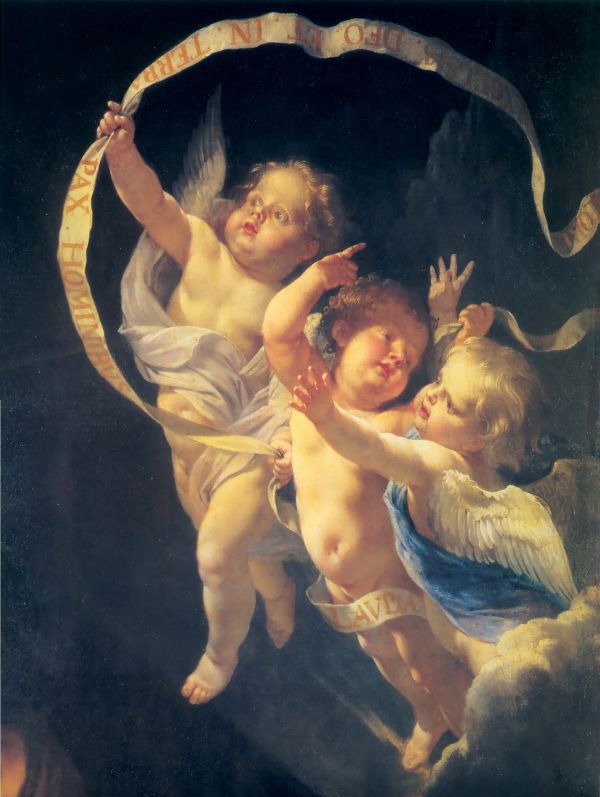 This is our explanation of Father/Mother Christmas as representative of our beloved planetary spirit: currently Mother Earth.
One can always bring to mind the spiritual reality behind the treasured fable. It can be true to say also, that any story perpetuated has a life of its own, instilled regardless of spiritual foundation or substance. However, when one comes to the fables as received in festival and commonly celebrated, it is because of the inward response, the conversion of imagination into soul-language.

Frequently we suppress and ignore our faculties for such soul communication. The personality is persistently insistent that it alone is wakeful to the world. Yet we wear our personality as we would a uniform - and it is equally restricting if allowed to be so. And should you hear grumbles about Christmas celebrations 'being tiresome' or loathsome, you can understand that it is but an overactive personality which is denying its own mortality. For the soul of man rejoices this sacred period of the year.

Yes indeed, those who are recently deceased - recently being anything up to and including several hundred years - do draw close to their spirit-kin at Christmas. They are enabled to do so because of the very openness of this our world, and that they have not as yet stepped the perimeters, have not 'gathered in' their binding affections, which could be largely remaining with those still living. You see, it is a little like having a 'principal place of residence' where one can go visiting out from, or holiday, but keeps most of the personal effects at that one address. We too have such bases to return to, and those who are deceased but 'within range' are those who still, in greater measure, call this globe their principal place of residence.

Now what is the consequence of those who encourage men to develop inclinations which protest their home with dissatisfaction? There are beings which promise paradise: pretending that it can be won by those who are too lazy to effect paradise on Earth itself. What is neglected - to mention by such guileful, manipulative, sweet-talking wraiths - is that men must have paradise within, that the heart of such paradise, any paradise, is the cultivation of the substance of heavenly vision.

There are aspects of paradise very much alive throughout our dear planet today. There are probably many more secret and wondrous places right here, as to be found anywhere. One does not need to step the bounds to go seeking such ineffable beauty. Nor are we the only repository of suffering and disfigurement. Yes sadly, one can find equivalents abroad also. Perhaps the success of Man shall have remarkable consequences elsewhere.

It is such a success that is paramount: that men come to understand the glorious, well-meaning, well-wishing of all that contains them. At times we might lose perception of such, and are truly frightened. It is not that the spiritual reality has changed in this, but our view, our consistency, our inner abilities are thwarted. And Man may feel downcast into unspeakable perils of solitude.

Yet also, if one were granted the 'second-sight' they may well complain of the fragmented activity breaking out and expressing - in chatter, in busyness, in momentum, in continuum, in activity upon activity, in screech and clang, in laugh and titter, in eyes a'watching, in multitudinous swarms; and he would discover to the point of alarm that he truly is not alone!

If we can strip away the sadness of the world, then we should find for perpetuity our never-lost paradise, intact and radiant. It is with memories of such that our souls return unto the Earth, foregoing their angel-wings once more, and requesting the flesh that they shall drive until death.

What is the attraction you might ask? Well there has to be at least one! Perhaps this is what is known as the mystery of life itself. The attraction is verily the love itself which calls out to us from our dear planet. And it is by invitation only. Each have a name and a signal, for with each there are shared memories, as the re-embodying man applies for such consideration.

It is one matter for men to die, but another entirely for the absorption and re-entry of new souls to come. This is the time when we welcome them home. We turn to our bold and joyful children and we commend their courage, and we encourage them to further their way in the world. We are reminded that manifestation embraces us, and did welcome us at this special time, when we too, approached the frosty portals of the pole's gateway and sang with a choir accompanied . . . and with grand expectation.