LAWS, as often referred to, are the transcribed themes of fluent projection which underlie and underpin the Creative Powers. If we are to imagine a solid but fluent law, it is often depicted as that which is accredited within a book, or that which is unduly imposed upon those who come within the radius thereof. However, cosmic laws are so intrinsically laid down within the substance and fiber of Creation that they are inseparable, almost indiscernible, interlocked with all which is essential to being.


Quite obviously the importance of such laws merits issue. As undeniable as they are, they - all, each and every one of them - require compliance. When one comes to the extraordinary encounter of running contrary to such a law, they are desisted from furtherance, and as simple as this may sound, it is a lesson which half of humanity (at least) should come to realize.


Men should study their laws! - the laws of Heaven before the laws of Men. For the latter should be decided upon by those who are more qualified in Cosmic regulation. 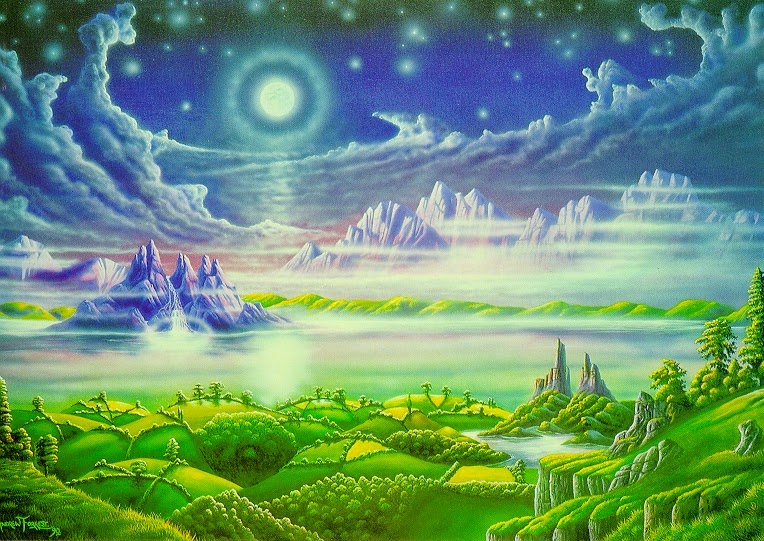 However, there is a phenomenon apparent within men, in which one may actually resist the awareness of the fundamental tides. This is of itself extremely important to a man; that similarly as his lack of observance, personal karma attributed to him is arrested. By any exertion of will, whilst a man is 'full on' and caught up in activity, he shall divorce himself from the reality of immediate consequence.


All actions are decided upon before a man is moved to activity. His motivation, his controlling logic (if any), his immediate sensibilities, his intuition from which he may draw on reservoirs of experience: all of these allow for the man to begin to exert himself in a particular direction beneath those starry fissures, which also, in accordance with laws, assist to determine an outcome from such activity.

However, the moment that one is self-propelled into certain motion, we are restricted to pursue its course until the end- the 'end' being either the final moment of exhausted vitality or the perimeter to that experience as defined by those laws predetermining definition. Therefore it is paramount that where possible, decisions are met with in a meditative, if not quiet mind, which is ill-disposed to answering immediately with activity.


Furthermore it is essential also for a man to set about and practice that which has preoccupied his expectations. He must test the water, so to speak, and often, that he may come to more accurately gauge the 'correctness' of his speculations.


We all struggle to 'fit', indulge and appease the higher laws. No man is so obstinate in soul that he would not knowingly comply. Yet having said that, an overuse (premature use) of will-forces may lead to denial and subsequent stupidity. Such may be mistaken for irreverence and indeed is the qualifying recipe for irreverence; but it is because the man can no longer distinguish, and separates his own will from the true Will of immutable Law. If he cannot come to a conscious reckoning, if he actively resists the acknowledgment of there being laws at all, then he has ventured upon the path of sin and is self-determined- self-determined with every bump and stumble. Sin is self-corrective in the long run, though.


What is it that encourages an individual to become receptive to the trends of Cosmic Law? Given the text above one might surmise that the will-activity dissuades us from a true consciousness of being, therefore we must quieten the exertion of self. This may well be the presumption, however it would be false to say so in the long run.


From this one can see that it is far easier to contain a group of men with set laws if they do not hold license to exert their will at any time. Yes it does actually work, but not for the good of those individuals who are aware of laws which may indeed be false and injurious. For it is good to acknowledge law, but preferable to come to law with acquired discernment.


For every law there shall be one greater from which the lesser has emanated. And for every law as known to man, there shall be an evil which will suggest a perversion. Such perversions are as useless as a ruler shorn at one end - and it need not be by much - that renders the perversion unequivocal!


One may ask: "Which came first: the law, or the provision for that law to replicate?" Laws need hold the consistency of such repetition, even when they are laid down 'out of time'. Repetition is something of an illusion in itself because every time something occurs it is as new, as from the first. True repetition does not really exist. One may take the wave of experience which leads to those conditions as met, from all directions from all beings, and find that each and every situation is vastly different.


Characteristics may resemble and opportunities may re-present, but repetition does not exist, for nothing remains the same and no opportunity lives indefinitely unaltered. The only repetition which is, belongs to the past whereby impressions of that which has gone before is imprinted upon the akasha, the ethers, the individual, and may be recalled over and over again satisfactorily with no diversion. However, the circumstances of such recall will always be different, with those who are living who observe the past before them. One can add here, that there is a hint in this as regards Cosmic Law, and its current resurrection upon a continuum.


Laws are predetermined, but the future, which is comprised of beings lofty and low, is as open-ended and unmarked as a newborn!


There is a purpose of maximum freedom within the superstructure of Cosmic Law. This is contrary to the belief that Law's purpose is confinement, even imprisonment. True laws give the majority licence, whilst protecting the minority as best. Laws provide for splendid cohabitation, without which there should be only floating particles of possibility in an expansive space, loose and limitless, with no power of return.


One can see at first glance the format for Communist ideology in the comprehension of the divine offerings of Law. One may be sensitive to this theory or fixed in opposition, whatever the case, the nature of man either runs alongside and downstream or attempts to ford the impassable. 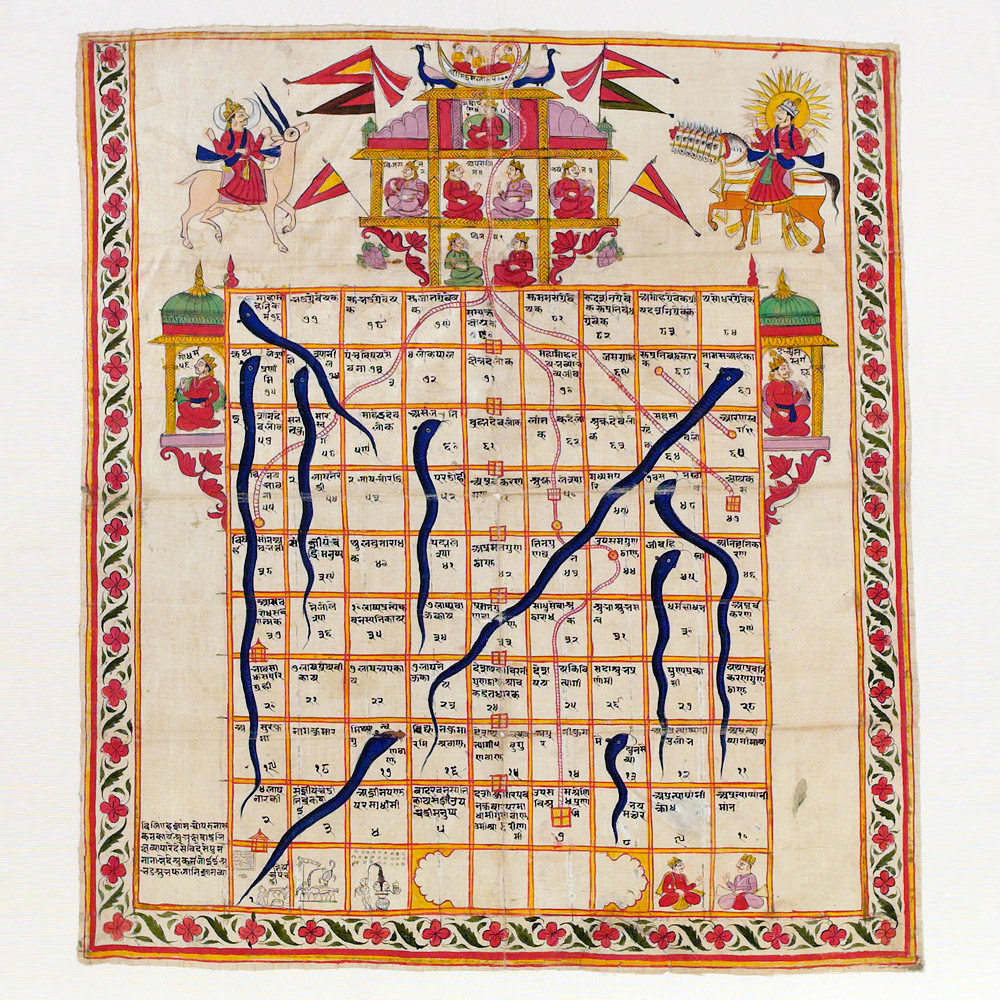 The game of snakes and ladders was profoundly augmented as a clear example - in point of fact, its creation was for the purpose of divining the position of a man in relation to his future. Skeptical huh?


To continue: As each and every law is met and discerned by man, a deeper understanding prevails, unlike other terms of reference gained from experience or intuition. It is twofold: firstly, there is a revelation when one manages to comprehend a law and take it into themselves- a tool of understanding. Whilst also, there is not only the happiness of discovery - for all laws are gems to behold - but also the affirmation of 'correctness'.


Secondly, one must try and prove such understanding of a law by their own endeavors; and as a result of such effort there is unspeakable reward. One may try many attempts at certain knowledge before becoming so completely intimate with that particular knowledge as to take it into yourself as yours. Even those things which we experience are rarely done so with a full and comprehending consciousness.


As each law is identified, Man builds a minute infrastructure within his being, which in turn, allows for Creation to yet further propagate herself.

Of course, laws by nature do not require observation, acknowledgment and application, to be. But by the power of man (or others in this case) they most certainly can go further to enhance a broader spectrum of existence.


All laws work their way down from Heaven and are the ladder on which we ascend.
Posted by 888 at Monday, January 25, 2010