THE Phantom of the Opera as a classical tale of the hideous and masked, and beauty, expressed to many an inward picture description of Man and his struggle to capture the exalted radiance of soul, so desperately sought for. This speaks readily to all men, who, driven to hide in secluded chamber and shuffle the corridors behind the stage (of worldly activity) long for sweet beauty and the expression thereof.


Such images are worthy of popularization, and this of course found its example amongst the artistry of which it was about. Each could not help but be touched by the simple story of this impassioned and pitiable soul who was tortured thus.


One can never undervalue the complex problems of each and every upset which is attached to a man. However, although reasonable in isolation, such upsets are moderate when contrasted to the simpler, and yet less recognizable defects which restrict a man from the outset.


If one is to begin from the premise that all men quite naturally are good, pure and wholesome in being, then it is to the reasons of distraction from this that we must look to find cause for the overall upsets today- the deformity rather than the mask. Yet we do not seek to lay blame or be downcast about indignities. For what is done is done, and may not be remedied by such recourse. 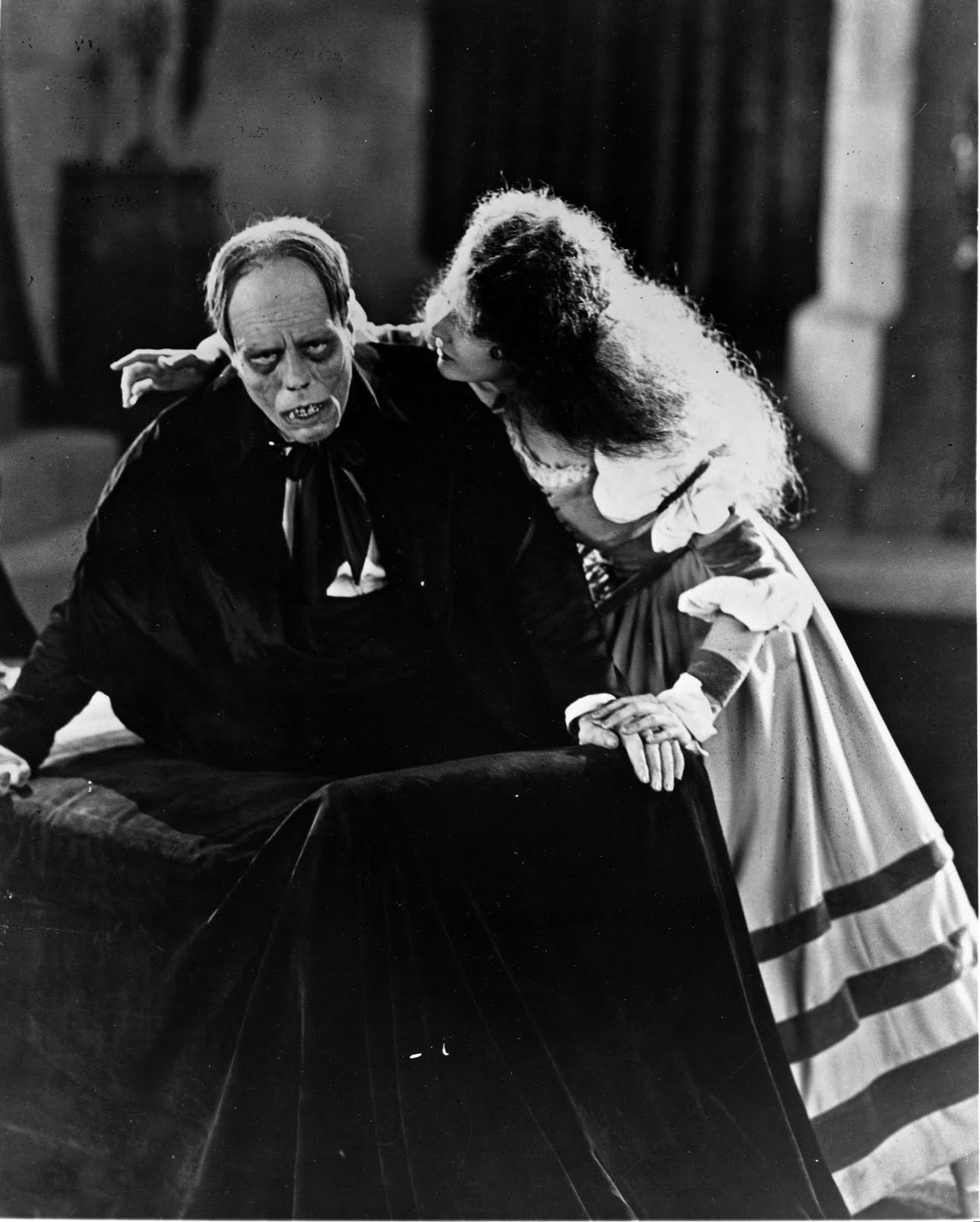 When one becomes purged of that which is of their own sin, quite frequently it is then that the sins of the world overshadow, 'press in' about the man. Saints who have withstood many personal demons and soul conflicts, become both purified by this lightning-quick revivification, only to come into a world which protests the angelic ways and associations, demanding and clashing.


The specters of the lower world, who cleave to those dreadful tragedies of Earth, moan and groan with grim and doleful whine. No wonder! Such ghosts moan and make unhappy remonstrations because they are very sorry and the epitome of sadness itself. That which is bound to evil realizes little joy, if any.


So it is not just the way of the ordinary man to feel seduced or beset by the woes and forebodings of upsets within the world. One may never really be so disconnected as to formally detach themselves any longer than momentarily. There is no permanent refuge until all men have been gathered up and accounted for; for it is by the invitation of men that upset walks the globe at home.


By knowing this one may begin to find courage, to indeed face the worldly turmoil and refuse to be intimidated by such. It is in no way meant to be off-putting or to such distraction, that one feels impotent as regards the improvement of themselves or the larger world. Rather, one may face the distinct evils and not so distinct evils, and say, "You prove to me, the necessity for active remedy!" From this viewpoint, be firm about the matter constantly. To many, it does not appeal to their sense of fairness that evil should be part of the world, if it is indeed to be annihilated in some future happier condition. Furthermore, it does not seem to be worth the upset that is caused nor the risk entailed of men falling yet further. Because of the 'unreasonableness' of these conditions preset, many men are easily stifled with desperation and generally discontent. Whilst it may be good in simple measure to be discontent enough to make action upon those troubles with which we meet, it is not worthy to be overcome with a sadness which suggests hopelessness or disgrace.


How then can one arrive at a happy fortitude which embraces the current conditions? For to be wakeful may indeed be painful! This needs be addressed and worked upon, and checked.


Here is a helpful thought:-
There is a law which provides - especially for men - that certain influences need have need in order to be drawn down and received within. Question: What is the need of Hope streaming into a world which actually hopes for nothing? Contrary as it may seem, that which is Hope can make entrance into the world of men because of the need which calls it forth! Without any form of poverty there should be no charity. Without the contests of many evils so-called, there should be no valor!


It is as a vacuum. When the waters lay still about the world and men still slumbered within this vapory thought, they knew not what they were, even though as perfect expression they were… and still are. The higher purpose of those powers of conflict and even degradation, was not only the refinement of a self-conscious glorified being, but the enablement of those beings to actively draw to themselves divine supplications, which did originally stimulate their being/beings.


One might ask, "But what use has the garden, for yet another flower?" Yet the way of Creation is the enhancement always of such additions with equal purpose. Either there is no evolution or all must be perpetuated thus and moved towards enhancement. The troughs are necessary to the wave-tops, granted, but nonetheless, the ceaseless swelling of an ever expanding incorporation of life promoted each fullest aspect, driven by Cosmic motivation, to aspire, conspire and assimilate.


Such progressiveness is anything but tedious!


This is why one may come to the aspect that all of life's presentations bring countless opportunities. Having said that, one may be respectful to even the demons who have blaze-trailed the path through to men, for that which is indeed great interjection for both.


However, one may never abide evil as it would suggest itself to be, but rather for what it is. Many promises are made to man which are misleading. One cannot give credence to evils, in as much to say that they are what they are, for the purpose so stated. Evil is obliging unto itself and demands submission. It does not know of its greater purpose or of its own transformation pertaining to redemption.

Thus it is that the individualities of men, to whom we look to become exalted in each and every being, must of necessity come to resist all awesome evils. If they are to become: 'lords of their own future', then in proper accordance with the nutrients of Divinity, they are not to be persuaded to promulgate the very evils so crucial to this their nurturing.


Therefore if I am to withstand the evils so presented in the world, I am to hold fast to those rays which do enter through dark vortex, and try to direct such supplication as I would have for myself. There is not a creature upon the Earth who is not in need of kindness, of pity, of understanding, of consideration, of forgiving, of loving, of nurture, of protection. Of strength to battle, strength to stand - these and more, I may concentrate upon, and the rays will be forthcoming. Supplication to the spirit need not only be afforded after death. Each and every man may help govern the drawing in of these Heavenly forces, which of themselves will expel all upset.


Usually when one comes to learn a task or acquire a talent, one learns by exploring that which is not advisable to do, afore becoming competent. One does not begin as a master. One shall not become as master by impatience. And it helps to know ahead of time of that which one is trying for. Simple as it sounds, it is true. Men are too used to despising their work, that struggle is dimly viewed. They are exasperated before beginning. They view the road ahead and doubt. To where has the zeal gone in learning?

Precisely what is missing from those who come upon ideals and yet cannot find the necessary strength to follow through to them?: It is zeal - and so the question is an important one.


To the fanciful would-be dictator, it is attractive that men be deprived of their zeal, for a lusterless society makes for a complacent people. Devils require submission, and would bleed the zeal for betterment from a man, by default and defeat. The empowerment of zeal is one of the most forceful elements to motivation in both Heaven and Man. Remember also, that Creation herself is not half-hearted, that the conspiring of all life is activated with zeal.


It can be very uplifting, just concentrating upon the stuff!


Zeal is activated love. It requires some point to which it must be directed into, and when called forth it empowers and endows much further realization of that activity. Therefore if men are not in the habit of experiencing this definitive power and putting it to great use in their aspects, they shall be deprived of ready usage - truly a double bind. One has to have some measure of it to begin to fully come to realize its enhancements. Unlike many of the lower passions it is not by nature, self-fulfilling - it may not be motivated in that way. But akin to the higher passions, it is an accelerator alike to no other!


How often it has been said that men hold such depressed and sorry expectations of what their day shall bring. To direct oneself into a truly profitable activity, one which is really loved for what it is, it is important to the individual that he may labor with zeal; to know of some intensity, the satisfaction and happiness accrued with fruitful labor. We should not deny of ourselves those occupations for which we are suited, that we love to work at best, not to examine them as mere hobbies or pastimes, but connections to the Earth which uplift our spirit, because our relationship to the Earth is so enhanced. If the desire of life is withdrawn from beaten souls they shall begin to disincarnate from the moment of birth. Men begin to retreat into those avenues which negate the consciousness, rather than enter into wonderful specifics with happy ties and lustrous ingenuity.


All men need encouragement. They are not content to be unhappy, but know not where to find enrichment because all too often the values of their fellow men are so degraded as to suggest that enrichment is unobtainable. Without an hour a week so given, the aspect of zeal quickly dies within a man, unless re-ignited by enterprise upon which he may forecast for himself.


The supplication to men shall come, that by activated love through application so enhanced by zeal (the substance itself), men shall equate all upset and renegotiate all splendors afforded them.