MISSIONARIES of the past were visionaries. Courageous and blinded to the outer conditions, they went forth with determined grit. As known now, both wonderful and harmful consequences ensued from such well-meant offerings. In the clamor to reach the poorer naive races (as was thought), the missionaries presence if nothing else, changed those tribes and races irreparably, almost from the start. With the benefit of hindsight would they, the crusaders, have managed their tasks differently?

The issue today is spent. There remains no people untouched by the affinities of others pressing in on them. Many a concerned anthropologist wonders of the changes in recent years whereupon so many are influenced for the better or for the worse in global marriage. Few seek now with fervor to convert a people religiously. The same enthusiasm is now in the field of health and healing. The fieldworkers as such, bring knife and needle, sterilize and immunise- often imposing yet further. Their forefathers in charity, of course, introduced many an ill to the very same people they are now trying to bandage; and with much of the same bloody-minded righteousness, they return again and again with the thought of the day.

As before, the tasks are almost insurmountable- bloody-minded righteousness is necessary. They accept the risk of professional blunders, as weighed against a chronically desperate society. In truth, many a society has decayed and the remains are corrupted; the limbs are withering, the soil eroded.

The armies of men and women who move about the world in activities seeking assist the developing countries are just about the finest folk, who are to be admired. For all of their aspirations and hopes, their battle for resources, their struggle with climate and even harsher heads of state, not one singly or the whole collectively could answer you with a complete remedy.

If one can turn one's attention now to the condition of men globally who suffer spiritual poverty, the sorrow is no less than the overview of that which is taking place in the developing and declining races of today. There are oppressive regimes and decaying remnants, the 'modern world' presses in and with that brings inner diseases, the wastelands, the deserts, the floods, the poverty of soul and spirit. The light has disappeared from many an eye. One can see a dullness of expression of a spiritually lost and forlorn people. The would-be missionaries of this realm encounter the overwhelming prospects of the risks that interference brings, and the risks that denial does also. We need not venture abroad to witness firsthand those people who are destitute and in need. Such suffering is to be encountered within one's own family and at every corner of every street. The men and women falter and are frightened. They are confused about the world they live in, as most interpret their environment and their colleagues to be unfriendly, almost hostile, unknown to them. Most folk have ceased to wonder at their existence before the age of ten. One cannot judge such people harshly or encompass fully the needs of the forlorn.

Here is the calling for straight and honest speech, renewed dignity, the nurturing of a kind thought or word, an uncorrupted deed, integrity within and without, a loving mind and a thinking heart - yes! a thinking heart! These and more we can offer.

The push and shove in the world of ideas encapsulates and overwhelms most men. There are many would-be saviours who have awaited an opportunity, cunningly navigated, to step in and catch the fallen, to claim the weak and lost. The business of converting another is questionable to say the least. It is one thing to water and weed a rose bush, but another matter entirely to graft on a lily.

Objectives must be decided at the start, so if nothing more one can then view the mistakes of the future with some clarification. Who may claim total overview as to another's destiny? Social work is an unconscionable endeavor indeed. 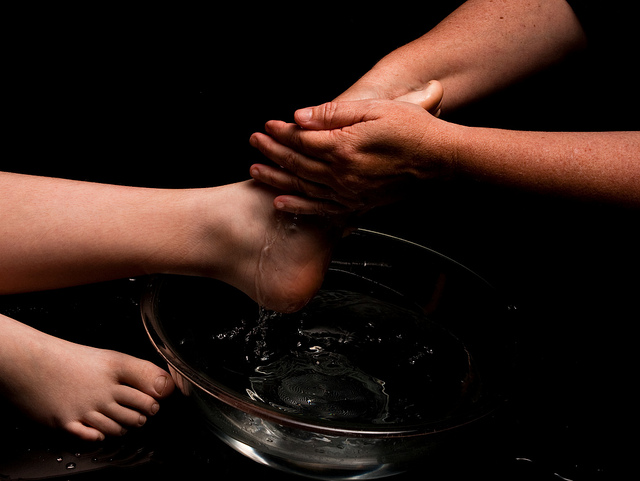 One must restrain the desire to effect change on another, but rather nurture the desire of offering assistance- to desire to serve rather than to master. For in obedience to those we most humbly do adore and therefore try to emulate, we look to the ways of Christ and of the Father: not to a dictator, nor persuader, nor pretender. Rather to be in the service of all, ever ready when called- to desire to serve rather than desire to master.
Posted by 888 at Friday, July 31, 2009