The soul of man is not the body it ensouls... it never is and never was, and will not be. The horse is not the rider and the ash is not the fire; our spirits are free and strong, unmeshed from the physical world - unembalmed from the whole.

In one almighty collaboration, this world of deterioration, gracefully and ephemerally coordinates layers of beings through integration and generation; in multifarious form, with will and want, and life's experience - each in contrast to one another - in a play of semi-permanency throughout the shift of time.

Think now of the plethora of entities, lying in the dust of the cosmic amphora; skimming the pools of a leaf's dewy cup; aggregating within and about the body and mind of a man.

Yet, this world is not the god that does drive it.

It is good for a man to behave like a god - if he truly behaves in that way - that is godly. But if he bethinks himself a god, or a representation of god, or commissioned by god, yet does not behave as a god, he is mistaken.

His body and He were not one and the same.

This point is made quite a few times, over and over, in the story that is His.

And, it is this truth that gives hope to us all - otherwise, the eventual end on Earth would be inconsolable.

Death is not death, it is but a shift from one realm to another, a transcendency out and away from dependencies and constraints - into a life more natural than the world itself can offer.

Before the resurrection, The Resurrection, there was a push within the earthly realm to immortalize men by holding captive their soul, in the confines of an ever perpetuated earthy tenement. And all the while the spirits of men had their god-given immortality that pre-existed their earthly periods, yet their bodies held this truth from them.

The body loves living. It enjoys life and most of the pleasurable experiences. It is happiest and most conscious when it can see through the eyes of the spirit indwelling and experience both the sensation and the excitement of incarnation.

Entire cultures have been driven by the body not wishing to depart or die. It would not be impossible for the consciousness of the body to incarnate into that of an electrical robotic being if it promised an immortality.

The spirit of man is persuaded, but not so easily pleased as it knows the better existence - and no matter how far removed from the heavenly worlds, the soul gains its freedom, out and beyond the gates of this world, nightly in dreams, visiting realms, in which it enjoys the robust, energetic vitalities. 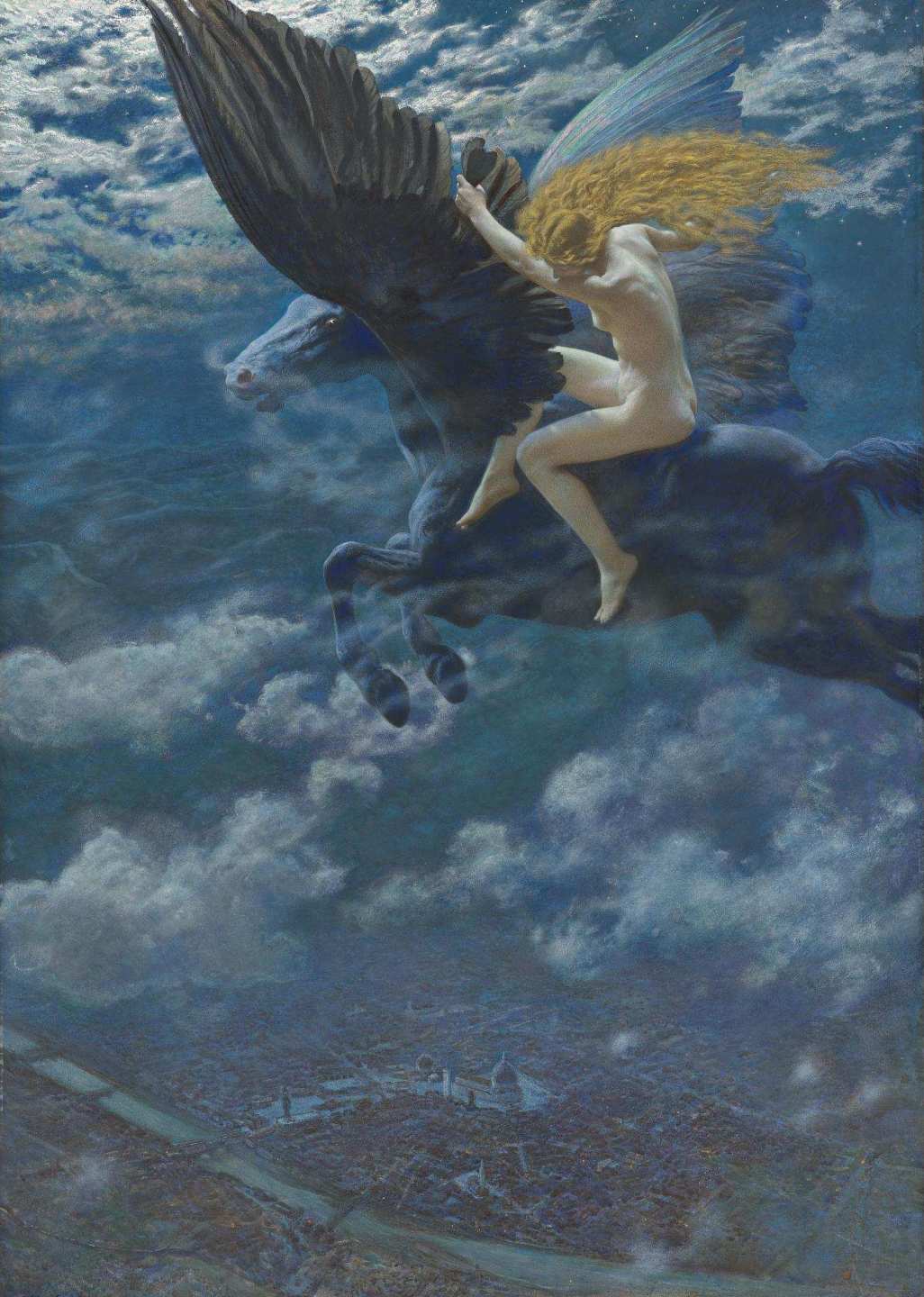 The body also sleeps and dreams, but its consciousness cannot penetrate past that first astral gate - and its recollections, if any, will be in accordance with its nature and understanding - limited by desires and capability.

The sagely kings brought the impulses from higher planetary spheres - such influences as did infill the spirit of the vessel thereby. Whereas the shepherds and the comely stable was of the body and its overall Animalia.

Of course this is not the whole story or distinction - but an aspect, in part.

At the time of the Christ child's birth the world had been saturated in a materialistic ectoplasm - a veritable slag of astral refuse - a material so dense that it dirtied the Heaven's view, and men all the while grew shortsighted peering through it.

Virtue and family became second placed to commerce and luxury, to power, and above all, infantilism - for what is the desire of the rich, but to set aside honest occupation and have everything done for them without effort or self worth?

This is a dangerous path - and societies one way or another encourage such infantile pursuits and behaviors, identifying in ways that a mature soul does not, and cannot find attractive, becoming repulsed from such most naturally.

A society that endorses slavery of any kind is infantile. In the Sermon on the Mount Christ urges the collective to acquire reflection and responsibility. He speaks of social and moral maturity; that they may see with the eyes to God once more. His words and their message immediately elevate the spirit from its sodden lot. He expects and predicts a community of reasonable and caring men whose lives are not dedicated to the transitory materials and are not made anxious by their sways and their calls.

The body worships the infant state - it is as the golden era, and of course, that time most loved by others, of all. The rays from the human spirit within are so strong, whilst the caring without is usually the greatest also during this time. It is that period when self-awareness and self-consciousness, and an all-determining ego have not yet entered in - and for this then the body feels supreme - (although not) - it most certainly bathes in the sunrise of each life with added glory.

Our bodies are not hateful to us, or at war with us, but nor are they sovereign to our evolution or deciding. The relationship is a complex one and mostly it comes with the greatest of love. Neither body nor spirit would harm one another. But just as we cannot dictate to the gods, nor can our beloved limbs dictate the realms we bide our time in. In this there is a true 'war of the flesh' to be understood - for desire comes in many forms.

Now there are a great number of reasons as to the mystery of this double-bind not being talked of or openly studied. Historically there has always been a perversion of extremes - of flagellation and condemnation - of resentment and denial of and with the body. This is the danger of taking the discussion into these aspects, and so it is prudent to caution the reader of these studies. The physical world, and the physical body is not evil. It is not inherently sinful - and is not at war with the spirit or its parent realms.

Having said that, the fleshly body takes instruction from its driver - and if the soul within cannot, or will not keep rein on its ride, then it will go as it will - and the pathways are many.

Overall this is what has happened, with a heightened evolution and awareness of its own throughout. 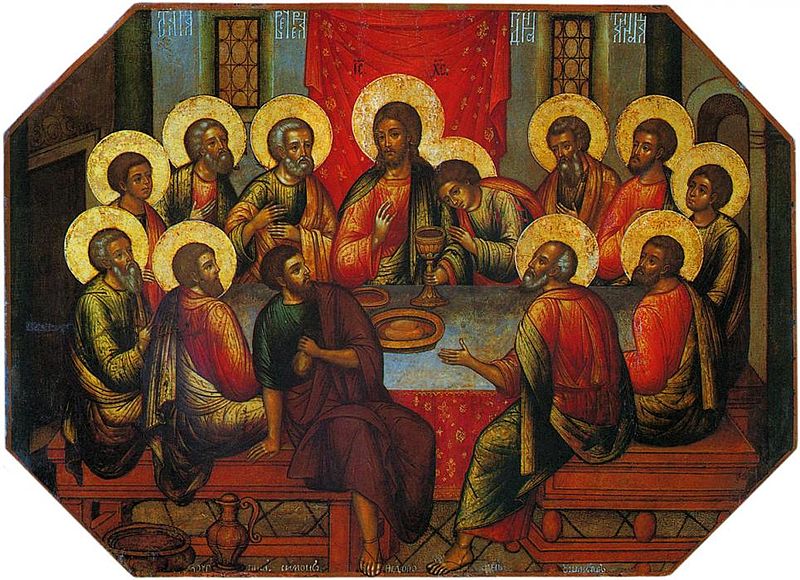 "This is My Body which is given to you" -

Here is the divine offer for the exchange into that One body which has been accorded to Christ.

One of the greatest gifts to both the body and soul of Man was that Christ re-affect the cooperation between the two. It was by His synthesis to ours that this should be.
Posted by Bruce at Friday, April 03, 2015