HAVE you ever noticed that birds’ eggs are not round? The yolk inside is most beautifully spherical, and yet the outer shell of containment is elliptical.


It is not uncommon for the egg to be alluded to in spiritual context: in relation to one’s egoic body and auric halo, and in Brahmanda - [the great cosmic egg].


The shape of the birds egg is not determined by its delivery alone. Other species have round eggs - such as butterflies and fish. The formation of the outer encasement of the bird’s egg occurs inutero and before, by spiritual design, rather than it being moulded by the delivery itself.


The sphere within the egg (the yolk) will oscillate from side to side within its cradle. It may only be the slightest of movement, but nonetheless there is a freedom for this ability to deviate from its central place.


The yolk is both protected and confined within its shell, yet it may move from side to side, being neither fixed nor static, nor stationary. If you hold an egg and jiggle it lightly you can feel the yolk moving inside.


Now one consideration here to add further to this is that the yolk is only but a part of the embryonic stage of the life within - and is not the completed body by any means. This is the period before manifestation for which is described. And were the egg to become fertilized its yolk would very quickly lose its spherical form to become a tangle of head and limbs within, seeking eventual release into oxygen.


And so, to return to the yolk moving this way and that, we find that there is a positive energetic consequence from this very slight movement. Movement itself can stimulate the ethers and invoke an energetic life to help sustain and support that which is in motion.


Another perspective on this is a fundamental principle of universal solicitation and bounty - the original ‘asking and receiving’ in that life, all life, requires what it takes to sustain itself, else it die. Therefore all that is alive, on any plane, in any realm, has what it requires in order that it might and does exist. The proof of this is in its own being-ness - it is evident by that which it is.


And pertaining to this principle, all entities can attract replenishment according to their needs, and this is done primarily through their movement. “I move therefore I am”. 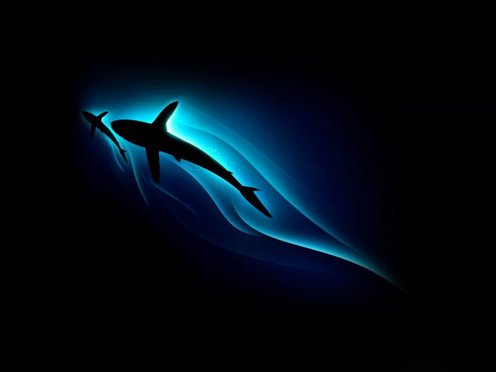 The more a plant moves (i.e. with the pulse of the wind and light) and its ability to move, the more prolifically it grows.


Children are active, and without such activity will become sickly. When the elderly cease to move, their energetic supplements wane concordantly. We pretty much measure life and death in terms of movement. And although these are very loose analogies to the principle and an oversimplification of the processes, one can also point to the higher principle which holds a very potent and significant meaning.


In relation to thought, for example, and activity within the being who is thinking - and within the will, and for the man or woman who is exercising their determining - the consequences are remarkably effectual as to who brings more vitality into these fields and therefore shapes their future to come thereby.


Sometimes it is not what we do, but the very fact that we are doing at all, that gives us a license at the very least for continuum.

Some decisions will never have a good or great outcome because they are limited to that which is real or possible. But the goodness gleaned from the forging of any decision is guaranteed in the possibilities then made available - if not now, then in the future, by these beginnings. This is a very important spiritual law in relation to every practical phase of existence, both here and within the heavens.


Right before any decision is formally made there is the decision to make the decision that precedes it. The will is exercised - often coaxed or motivated by circumstance, and rises up within the individual with a very clear signal to the ethers, resounding out about that life that is being expended on a task - i.e in the willing. And life is returned, it is replenished with a remedial enterprise.


A man who has been paralyzed has the possibility of life returning and renewing to that affected part, by the mental exercises of imagining the movements so desired. For it is that the very willing and thinking will invoke the energetic forces into those lifeless areas. You may not be able to regrow a leg at this particular time, but in the past and in the future this did/will happen within the physical world via the imagination and with the exercise of the energetic will.


Similarly, there needs must be ‘movement’ within our fields of virtue. One is not really to be considered virtuous simply by abnegation or inactivity, but moreover by what is done actively.


For example, a man might consider himself as being charitable because his inclinations lean that way; however the gifts to others from himself, in thought, deed or word, need to be delivered actively on a constant basis for this virtue to be kept lively within his own being in the present. Were he charitable but a month ago and not since then, the activity has gone very quiet - and what is attracted back to that soul will be very little also.


Prayers need constancy and regularity … and interestingly the energetic response to a prayer not only reactivates the ability of faith within the petitioner but also revivifies that person or collective to whom the prayer is addressed.


For the heart and mind actively designate where the incoming energetic activity should go to and it is by this feature that through prayer an almost lifeless circumstance can turn around and be renewed.


How very valuable to know that the stimulus does not have to come directly from the life itself - because, not one thing is separate unto itself and motivated solely by its own inclinations - and were it to be so very self-interred would surely be lost to desolation and decrepitude having been left to such a singular motivation.


In pregnancy the woman moves the baby - even with the breathing and the pulse and this in turn inspires the lively forces to enter into the growing child.


Similarly we can all be mothers to who we care for in prayer, attracting to those individuals the very vitality they might need to remedy, or grow, to live, to think, to find peace, and for all of those that have lost their own momentum.

From waving cats to wind chimes on the breeze, flags and banners and waterfalls … even the movements of a grandfather clock would stimulate the ethers perpetuating the lively forces.


For the artist or the writer: pick up your pen or your brush and move it - and after time something will come! And, if it be only scribble, be content and persist.


The beginnings may seem very distant from the end, but are always, always, the starting points of divine referral.