OF that which is most prominent about and around one's traveling, is the feature of accelerated karmic interplay that is experienced; for to put one's feet onto a soil far from their homeland, invites an orchestrated and complicated destiny which works double time in its guidance and motivations.

Of course, to stay confined in our homes bears also a syntax of horology ('horology', i.e. how one measures their time) - one whereby our angels and guiding spirits converse our souls; and our step is no less important to be safely delivered and our frames and mind held high, wherever, whenever, we are. Yet both the impressions and navigations are far more awake and intense when we are in an unfamiliar place... and our own sense of self is challenged thus thereby.

For with all things 'new' (even though they can be ancient of themselves) there is a constant contrasting and realigning of what is known, with that which is before you for the first time. And whilst within the soul experience we live the eternal paradox of every moment being new and yet familiar also, we find also that the mind and the ego fight to keep up with the persuasions of adjustments new experience brings.


Some folk go through this, yet albeit unconsciously. What is meant here to say, is that there are those travelers who are never particularly mindful of their surroundings and company, so that the impressions that register and impinge upon them, from their backyards to the Moon, really do not give them pause for thought when different or unusual.

If you are unused to using your mind or reflective/contemplative reserves, then you really cannot exercise them upon will, want or with need, when the life outside becomes challenging - nor can you after death for that matter, either. This is one very good reason to practice consideration and learning from wherever one is presently, and bring such 'living' abilities into oneself, building up a strength and capability that is durable, and translates into future encounters and experience.

But for those who live fairly superficially - i.e. stimulated by the physical world and little by an interactive creative consideration of the inner workings around them - these folk are incapable of experiencing much more than the physical realities of wherever they are. 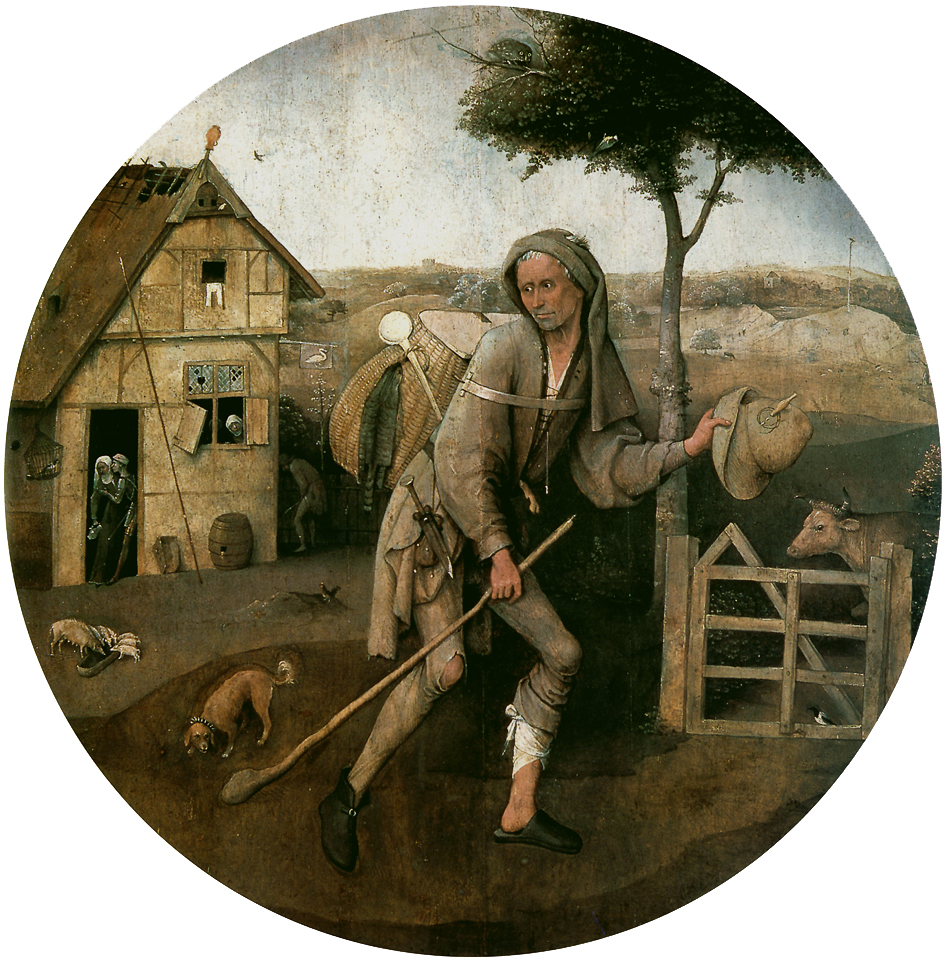 This is something of an explanation as to why most travelers can relate accounts of what they did and what something looked like, but nothing of the experience within their soul, of the history and travail of any given place; of the grandeur and the striving; of the sufferable and wild climate; of the nature of the nature (crops and forests foreign to them); of the seemingly millions of impinging emotions and stories that are calling out from each hand-laid brick that has weathered the centuries soaking in the voices and cries all around; finding structures and artworks that have outlast their creator, memorializing yet faithfully, the original vision that began their manifestation... when history becomes condensed beside a burgeoning future, when the push into incarnation from the souls and ideas yet to come, wrestle in a tort of the surviving issues from the past.

These things and more are known within the soul of the wakeful individual, and are both marvelous and aggravating to the peace within. It is probably not a thing to ever get used to, for this is the very price of consciousness in its true aspect, rather to learn therefore a strength about it all, than to seek an asylum from true perception. 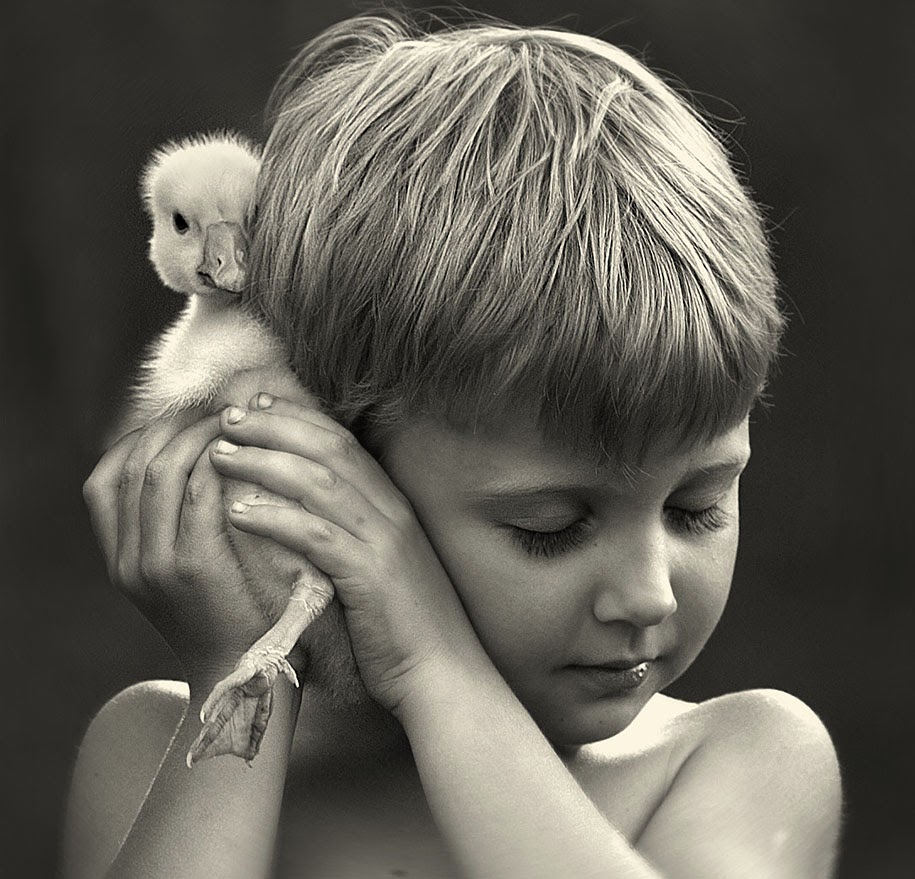 To be able to gather one's strength when the influences and voices are altogether too compelling, is firstly achieved by the aspect of humor. Not to make light or discount any given situation, but rather that position within the heart you can feel when a child or animal is endearing to you and creates within, a sense of wellbeing - to find something curiously cute about where you are. To actually look for it - even in the midst of grave necessity; for instantly tension is expelled when this aspect is nurtured. This is sweet when one considers the fears and strife of parenthood for example, because the children naturally inspire good humor and a cheerful response, which act as antidotes to the stress they also incur.

This is not to suggest a joke for every serious happening, but to go further and explain a position of self within that you can experience. You can actually go to any thought that works for you, which encourages this lightness of aspect. But the key is that sweetness known by something or someone that has appealed to your sense of appreciation in this merry and appealing way.

Desires which are astrally harbored are way too intense to truly alleviate the pressures of serious tensions experienced by us. It is a common mistake of many to believe that such stress is alleviated by the passions, for this wakes intensity, tension and energetic response - it does not diffuse stress at all; a bit like trying to put a fire out with a tank of petrol and about as safe as well.

But it is easy to understand why folk try - especially when they are caught up within so many impinging stresses, that they are unclear how to escape the pressure of them. Famous folk suffer this immensely; and without gentle humor and a commitment to propriety (i.e. not indulging overtly in astrally inflamed conduct), then either the stress or the behavior itself will defy their strength to survive.

So what are the inflammatory astral behaviors? Well one interesting pointer about going too far into such behaviors is the very loss of gentle humor thereby, when the seriousness itself of the endeavor becomes subterranean - lower than the point it should dive to. Have you ever felt seriousness dive to a point below its usefulness into dread?

Firstly it should be noted for the contrast, that gentle humor is not the babbling of the drug induced, for that is but an empty facade of humor, it has no spirit or substance and cackles like a ghost that is free from the mind within; that is all.

Gentle humor is an esoteric experience of the heart; it is a perception that takes us right up to the perspective and seat of our Father; it is beauty and wonder in its lightest and brightest of plays. Gentle humor is infilled with a love and consideration, and gives to all around it - not derisive or critical, yet keenly and supremely aware. It is a conscious humor of the highest, because it comes from a serious mind to begin with, and that is precisely what makes it the gold that it is.

The adoption of excessive astral endeavors can range from emotions to indulgences (and cravings/desire). Exhibiting and relishing too much emotion incites and expels a wealth of polluting energy out from the individual, which internally becomes quite poisonous to themselves and all around also.

Excessive emotions can be:

The states above are not helpful to the state of soul that is best to live with. In plain and simple terms, to live the 'good' life, is of itself its own reward.

Too many times folk have mistaken such judgment as condemnation of the mistaken individuals who are still given to astral exploits. But criticism and condemnation are not the point of the matter and in fact deter an individual from realizing the true point at hand - namely that of strength and survival, for excessive astral reckoning depletes and cripples the individual who attempts to live with it. Literally, the etheric vitality is rendered wan, and the soul itself is held in remittance.

Seriousness of soul in the highest context, perceives the majesty of good conduct as opposed to the utter wastefulness of poor conduct. The path of poor conduct - of selfish self-serving lascivious indulging - can appear to be important because of the intoxicating pseudo-seriousness it incurs. Yet this kind of gravity which is subterranean, as mentioned earlier, truly comes from the soul within, knowing the terribleness of the exploits it has ventured into - whereas the Gravity that pins us to God is truly selfless - unweighted by our own concerns.
And so, to wherever we are or wherever we go, let it be the quizzical, endeared, yet most lofty of perspective that lights our guidance and steadies our reactive nerves. And know also, you truly are never alone, not now or ever - you are loved and treasured and cared for.