THE channels between humans open only when love is present, and remain locked to all else, in reality. An open channel requires love from both souls - it is not enough to have love from just one; and so it is that even love itself cannot coerce the flow-way to comply.

This tells us also something about the human ego and its presence of self, in that even love and the loving commute arises from an innate decision to do so - to be consent and predisposed to the love of another.

Yet there is fairness in this too, for we know that all beings are sovereign to themselves and protected from the outer influences of others, so that they may slowly build up that which they desire to become. If the reverse were true, the power of the love could become corrupt and demanding, in that he who loved the most would acquire an open door into the hearts and lives of everyone they chose.

Sometimes with an animal the latchkey of a fond and pure love will turn, and the beast itself acknowledges the life and soul of their human companion so cherished. Romance today emphasizes the 'winning' of love between a man and a woman for a life or eternity; and the events that unfold around such unions are generally and fantastically haphazard and unpredictable. There may or may not be existing karma between the two, however the force of reasoning that magnetically compels this coupling could be from causes mundane to sublime - from the need of companionship to the Cherubim's promptings - and although such beginnings start energetically, they usually decline at some time earlier than first supposed or was hoped for. However, if true love had become present during any of the time they were together (and it seals in just a moment), it becomes enduring love for all time.

The true love, as qualified just earlier, requires the consent and openness of both the individuals to one another concurrently, thereby establishing an open channel for all times thereafter. With that open channel there literally becomes a living link to that soul wherever and however they be. Whether incarnate or disincarnate - whatever form they take - this loving flow-way connection is rapidly exchanging a commute.

Firstly we have our fellowship of Humanity and our common brotherhood with which we share this Kingdom. And in truth, for all of us present, we are so combined that the evolution of all, heaves and sighs in but one motion. And the condition of all is experienced in part by all.

This is not ordinarily a conscious relationship, but rather adopted within the fabric of our worldly and other-worldly life. Similarly also we have sub-groups in which there is a sharing - although not necessarily on a self-conscious basis either - through racial, religious, commercial or familial ties. 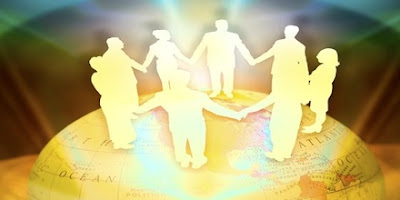 Then we have the handshake relationship - literally a combining where the individuals have met together during any lifetime and are thereafter enabled to find and recognize one another, regardless of form etc., but with a key that is made now between them. This key is created with a handshake literally - where the heart forces have combined through the palms to enable this.

What this key does is to bring back into contact those people we have shared past meetings with. If they are in proximity to us in any place or time, they are likely to be drawn back into our company. It is not so personal, nor consciously decided. Such keys can infill with mutual and shared experience - it does not have to be particularly loving, but may become because of common interests or concerns.

The next form of connection and attraction is the karmic compulsion whereby the relationship to one another may have been in another life - brief or long, informal or commercial - but whatever the case, it was unequal and there were karmic responsibilities still owing left over from this time. This attraction drives many folk to return into each other's sphere of activity until resolved.

The Christian principle of forgiveness puts peace to this compulsion - which proves to be of tremendous benefit both to the creditor and the World at large by its consequence. For unless the criminals, who in the past did you wrong, have reformed themselves and made better their characters, you may not want them continually turning up in your life to be given a chance to make good for the difficulties they have caused you in the past.

You see karma presents opportunity but does not compel action to the extent of forcing any one thing to happen. Some things may be easily rebalanced but not the willful intent or physical actions of another, for there needs to be a genuine reality to what is, and not just a pretence or play act of what should be.

We are never roboticly so motivated to play out the dictates of a karma due. The debtor needs to sincerely reconcile his past actions, not merely turn up on time to play out a role he has no heart in.

So you can see that over a relatively short period of say, twenty past lifetimes, you may have had ten where there has been a number of undesirable characters cause harm to you - either directly or indirectly - and possibly multiples of them during some episodes. Well if you accumulate the karmic debt it is possible for a good number of these fellows to re-enter your current life, driven by the push and the need to make good for what they have caused and aggrieved.

During this time a great many may have improved, however this kind of criminal does have a long way to climb ordinarily. It is very possible you simply do not want these folk back in your life at all. Under the new law of Forgiveness they are released from this most personal obligation but not released from their duty. 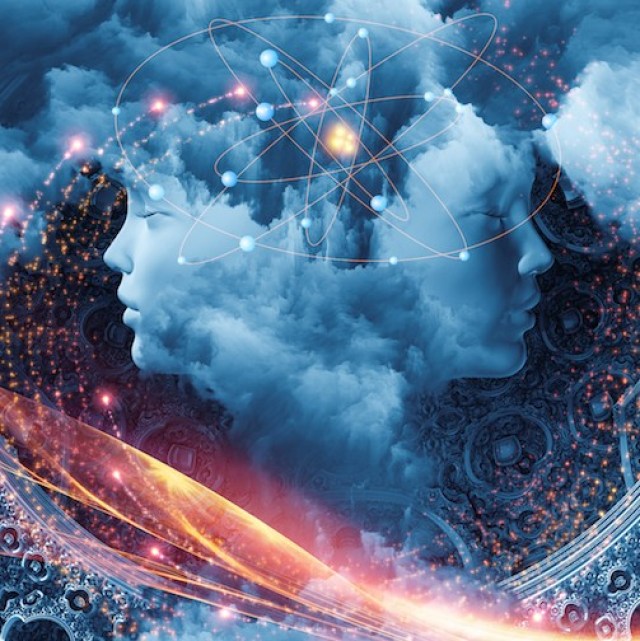 A lot of folk presume that all karmic debt is cancelled by forgiveness, but this is not the case - largely for the sake of the soul's learning and experience also. What this means is that the personal bonds have been dismissed yet the offending soul may have great opportunity within the larger and needing community to do a good work there. This has a double benefit because the good in the World increases thereby.

It is practical therefore to forgive, and release yourself from difficult ties and at the same time pass on a benefit to others along the way.

The next form of relationship is that of the enduring love - and this connection is first made real through the eyes - the simultaneous acceptance of the other into the spaces of their very soul, in mutual knowing and regard.

This love can come from romance but does not have to - it can be with parents and children, brothers and sisters, or stem from deep friendships; it has no relationship to gender or action, to karma or title, to obligation or owning.

Once this true love is established it is there to remain. And whether or not such souls are living presently within our lives, each man and woman has hundreds of such living relationships connected to their being.

This is vital to the life of the soul to have so. Without these channels connecting us, how very lonely an eternity of infinite possibility would become. These individuals are the true constant in our soul's lives and travels. They are our equals, our companions, trusted and beloved, with mutual cares, strivings and history. Our epic journeys are forever to conjoin, and the happiness of their presence gives us strength beyond measure.

One cannot synthetically produce such energetic love. A false guru or obsessed stalker cannot compel the yoke of the two by the want of the one. Nor can deceit, desire, or lust drive its happening - not governed by will or want or by correspondence alone either.

Yet once made, such true love enables each to share their experience and learning with profound complexity. The channels not only impart energetic love to one another throughout a vast yet intimate Cosmos, they also commute the enlightened exchange of each other's wisdoms gathered.This is the star ray that supports us all, the true networking, the very real connecting ever present in loving abide - that which was made so enduring.