The Pestilence of Stress & the Strife Therein- 26th October 2008


THERE are no platitudes for stress, because stress by its nature is implacable - it does not have a resting place to suppose a better day, it does not of itself know how to calm and quell; it is simply, quite simply, an energetic activity that is ongoing and with vigor.

The power and principle of stress, as is experienced within an individual, is quite real and not just mentally enamored. As just mentioned, it pertains to an action of fervent energy building - the same that is entailed in practically all day to day actions performed within the world. If we apply ourselves to anything it takes a momentum of sorts to make a beginning and then sustain it onto a phase of continuance. This period of ongoing requires a veritable 'steamship' of self-powering resource - it requires an energetic vigor with very real life within it, to go on. This action of energy is quite different to the initial energy drawn in to begin whatever project or movement we are concerned with. If we have an idea or a passion which provokes a very change within ourselves or the world at large, this 'inspiration' literally inspires (as in the meaning of drawing in) a vitality that is connected to many higher realms. It is as though this vitality has come from the clearest wellspring of hope and design. It never lasts for very long, for this is not its purpose, but rather becomes the great precursor to important tasks and thoughts –


• to realizations and affirmations;
• epiphany and repentance that facilitates true change;
• to Art and Philosophy and all else in between;
• to the insights of charity and the renewal of love;
• the first breath and the last breath - the beginning of all journeys near and far. 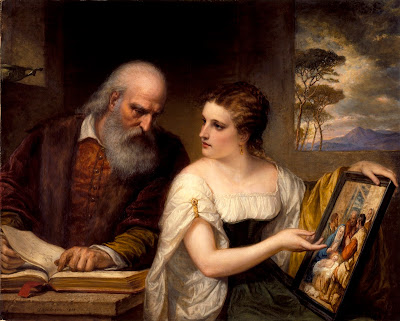 Then there is a different form of vitality (amongst many others) that is, if you could picture it, quite close to the Earth by proximity and beats on like the artificial heart of any pump station. There is a repetitive and ongoing action which is continuously enduring and never stops; whorling and recharging, a power station of the finest kind that labors on with a measured and persistent thrum - ad infinitum!

And when we have passed the first threshold from beginning into continuing, and when our first heavenly inspired vitality has been with us and evaporated too, if we are successful in maintaining a key into that action of continuance, then it is to the machine-room of the enduring energy we will have a signature key to and an ability to draw from its supply thereby.

This is something that some elderly folk find difficult to do. You can see this by their thinking and speaking. They can get an initial idea but then lose it very quickly. They cannot tap into the second phase of the sustaining energy for ongoing application. It is indeed difficult enough to do this, to motivate one foot after another. Whereas contrary to their plight, young children can draw from this energetic reservoir continuously; not only are they breathing in the first inhalations of mystery and imagination but they are adept and synchronizing themselves with the energy of persistence as well.

You might ask, well why can't we all have the energy of a child and go to this 'powerhouse' and be fueled thus similarly. Well you can and do, however an aging body can of itself tire from excessive energy, and longterm actually cause weaknesses in our ability to further do so. Young children have the physical stamina to host excessive energy; and largely, they also cry a lot. They can expire what is not needed or becoming stressful, by loudly shouting or crying. They might also run everywhere.

Whatever the expression, a healthy child needs to take up this energetic ration and learn to make it work for them with persistent behavior to follow. This action will last throughout life in a great many ways. It is the working engine of habit also. For example: at the end of the night when you are tired you might need to brush your teeth to clean them. This requires the action of intentionally going to get the toothbrush and performing the cleaning for however many moments it might take to do this effectively.

At the end of the day we are often tired and the very last thing we actually 'want' to do is clean anything for any amount of time; particularly at night when our energy is in deficit in general anyway. Now the idea of cleaning our teeth is not a new one to us and there is not the 'aha' experience that contains all of the divine reasoning behind it. When the idea comes upon us that it is time to fetch the toothbrush we are not inspired by a wondrous or excited thought of what this will mean for ourselves and the world. If we were that would become a different kind of vitality to follow - but it is not something that you can produce insincerely or synthetically.

Heavenly vitality requires real life to be infused with it also. Now you could actually sit and contemplate something inspiring about the practice or of teeth or of brushing and this would discount what point is being made here ... but let us discuss an ordinary night with an ordinary dull involvement in these few minutes we have planned.

The very first time we leapt from the inspired brushing into the applied practice of persistent work with it (i.e. night after night performing the task without the inspiration) we earned, as it were, a key for that task, into the energetic reservoir so named above. We can synchronize ourselves for that time, for what is required with the motion and the action and the energy of that reservoir to draw from our continuing practice.

It does not matter if you picture this energetic reservoir to be external (which in fact it is) or internal (which in fact is experienced also) or both. The point is to be able to differentiate between two modes of vitality utilized. One is temporal and connected with the highest of source, the other is persistent and its purpose is to supplicate ongoing activity. This secondary vitality is local and not particularly inspired other than by the initial beginning vitality that brought us to it. The first vitality is imbued with the very will of Father God and the driving life of the Holy Spirit within; whilst the secondary persistent vitality is connected to our own will's driving and the life we ourselves will motivate it with thereby. Persistent energy can and does continue on after the heavenly purpose withdraws. Some folk live with just persistent energy alone at the closing of their life. And this persistent energy is repeating, of course, what has simply gone before. So you can find an individual who is incapable of retaining new thought or displaying much of an aware consciousness connecting with the world, still being able to stand and walk and eat etc., tapping into the persistent energy performing the tasks so known.

Stress itself is experienced at the point when there is too much persistent energy fueling work or a project and the individual is taking up too much commensurate with their activity. What can compound this is if the individual is exploring new ideas and is enthused about their work and is continuously drawing in the primary energy with their inspiration, followed quickly by more secondary energy to keep going the first part of the project.

In point of fact it is all good of course, and such activity is lively and succinct with project building - however, too much vitality is wearing to the individual concerned, and just a little too much can be an aggravant to the body or mind. It literally needs to be used, expired, evacuated, moderated, and the intensity brought to a level that is worked with evenly in a manageable way.

For these reasons we can see plainly that stress and the anxiety experienced in connection with it, can have quite good and normal roots in every day activity, and of itself is not sinister but quite simply symptomatic of an excessive vitality that needs either using or disbursing. Because the force is such that if you knew how to link objects to this perpetual motion of secondary energy you could power a motor car, or a train or a rocket, with the same force. It is no wonder therefore that an individual might feel the pressure of the same force as it circulates their system!

We can discharge excessive magnetism by washing our hands or putting them in the earth to dig the garden. The washing of the hands is interesting because a compulsive individual will use persistent secondary energy to perform that ritual in the first place, and that will then go on to cause more vitality to need evacuating. And you can see therefore the cycle that could be created. The washing of the feet holds a deeper mystery to it. However a good bath or swim in the sea will discharge excessive energy also. Folk who are drawing in too much of this S.E. (secondary energy) will have difficulty sleeping because of it. P.E. [primary] can cause this of course also, however P.E. is always enlivening and never deleterious. In a manner of speaking you can never have enough P.E. This is not to say you should go in search of it, but just to comment that it is health-giving. Individuals who experience P.E. thoughts and connections within the world have renewed connections on all levels within them because of it.

Another way of taking the momentum out of the S.E. is to simply stop doing whatever is causing it at intervals and give it a rest. It is a simple idea of course, but one rarely thought of by the hard working individual who is motivated so desperately to keep going. A very normal love of occupation can cause this excessive interplay and truly can be relieved by an hour's distraction. Of course this has to be self motivated, because if it is not then the individual will feel frustration at being taken from their occupation, and more energy will be amassing nonetheless, having not been utilized every moment. We can also create new persistent behaviors that are useful to us and the world, and take up the energies there. We can examine what habits we might have that are not worthy of the energy they create, and should we wish to dissolve them altogether it truly helps to envision the cord that goes from ourselves to that reservoir of S.E. being severed - not with everything, but just specifically that habit we should like to modify or desist from.

One must be careful to be specific. And of course the more intent, conscious and inspired we are to change for the better, the more primary vitality will come to us to then bring us to the key for the secondary vitality to follow.
Posted by 888 at Wednesday, July 20, 2011