IN all things of human experience, there comes a threshold where a duty is fulfilled, a quota completed, a karma conceded and quelled, an expectation realized, a promise enacted, a generosity given, an exercise performed, a good word said... with all of these and more, there is an acceptable threshold we can come to where we are released by that which we were committed to and are then now free to withdraw. And it needs be said here, at this passage's such threshold, that this is still a fine and goodly thing to make such a completion, and it is neither delinquent nor derelict to leave at this point of said completion. 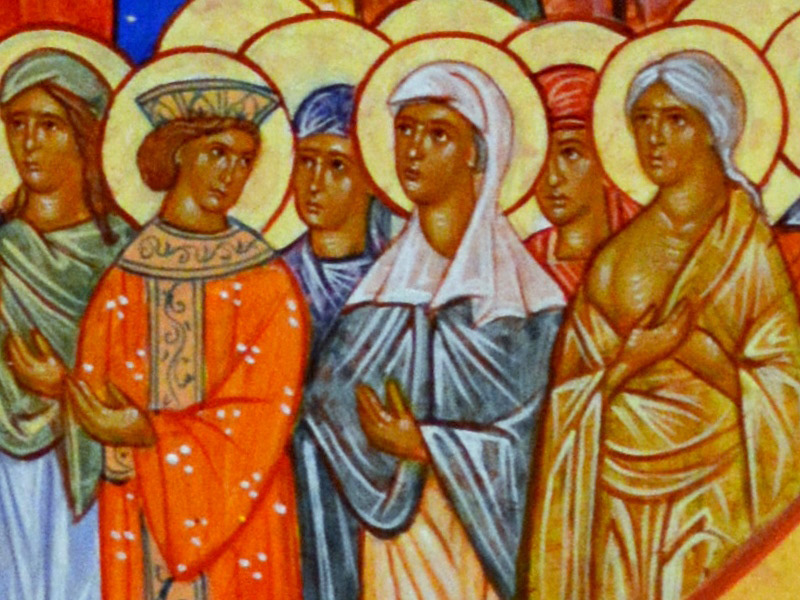 But if one were to go on, to exact a little more than mere duty requires, to act beneficially after the karma is conceded, to be better than expectation fancies, to give greater than promised, and then perhaps even more, even again... to be able to speak beyond words, to offer a man your own shirt, live with an audacious aptitude for openhearted generosity, then you may know what it is to meet the heavenly quota - being one with the brotherhood and sisterhood of the Saints.

Parents will go to all lengths to push through their tiredness to care for their young - often with an exaggerated labor, in an effort to do not only what is required, but also some added extra "just in case". They are working harder than duty alone commands, and with love and willingness in every detail.

Speaking plainly about this phenomenon, we are not saying that it can be advised on the other hand to be overbearing or outstay a welcome, add too much to a given recipe, drive sideways off a bridge, become tedious to others by being overly persistent or tireless in fervor - nay, there is also a very special quality needed which is being able to know in advance what may or may not be good to further, that has value to it to others.

A perfect example of this is with the athlete who feels his body to be weakening and his natural threshold to have arrived, by which he should and could stop participating in the race.... and when he keeps on moving past this point of tiredness he feels the heavenly accelerant to follow. Yet if it is to the detriment of his body, if for example his moving forward caused his heart to arrest, then there would be no value in him having gone further. The going further in itself may make him feel a rush of elevated passion, energy and exhilaration, but it requires a useful purpose that goes beyond self-fulfillment, in order for it to power onto a higher and advanced stage of enterprise. Such energy could easily expire a man and often does when greed alone is motivating the persistence.

There are those who would press beyond the threshold but with no value to others in their extravagances - and here is the true answer as to why wealthy men desire continually more, thrilling to strive for it, with never a consummated fulfillment. Yet self-serving outside the threshold of the natural quota simply creates more karma to be answered at a later time.

When Jesus healed the sick it was at the point in time where they had actually resolved or completed their illness [meant that they had completed their cycle of life and were about to die]. He healed them from dying and passing on. For most it had to be at the end stage of death before the healing could be given; i.e. the cycle set needs to run its own proper course first - and why often it is that blessings take place at the lowest of times and conditions. You have to get to the threshold in order to go past it. A lot of folk actually desist before getting to their respective thresholds or completion of any situation. For some it is chronic, where they will measure their words and their money. They are forever reluctant - may try to escape duty, leave early, avoid responsibility, never pay the full sum required and eventually depart their own lives ahead of their allotted schedules. Those individuals have lost some of their sense of participating fully to the end, let alone going further.

Both poets and scientists know what it is like to go beyond their threshold of given knowledge and push into findings that take them into new understanding. And naturally, quite naturally, it is so important to have fulfilled all of the criteria beforehand, leaving no stage incomplete, before advancing further.

Now here is something really interesting: threshold-jumping requires an active choice. Running a cycle set can be motivated by karma, Higher Self determined, yet not actively consciously egoicly decided upon. Whereas once that threshold has been reached and that run made complete, it is then at a point where a true decision can enter in and further what has gone before.

By definition, Charity is giving what is needed, Love is giving even more after having given what was required.

At the very point of death our beloved Christ had completed His earthly set and obligation. And only when He had arrived at the very summation of this time, could He willingly venture further into yet another commitment - past the threshold of Death itself and thereby resisting all Death to Mankind as well.

The sets of Seven offer us a full complement within any manifestive presence. Outside of the 7 is the realm of the 8 - past the threshold of 7.

If that element of the new, of this future 8, cannot succeed within itself, if it has not intrinsic goodness, it will at some stage require fulfilling and will appear as a 6 until it has done so.

Three numbers together often refer to the three realms we immediately note them in:
So by this standard,

This can also be indicated by (a dot within two circles - please see diagram 2).