A Place for Everyone & Everyone in their Place- 26th October 1996

Question:
Dear Teachers,
There is one aspect of the last teaching on Angels which we seek to pursue, and that is their role as 'Chief Comforters'. The Christian Christian up until now has been referring his discomfort to Christ in line with the Scripture 'Come unto me all ye that travail and are heavy laden and I will give you rest'.

At this point we can consider the chain of command that exists in big companies where staff who want to discuss any matters that concern them need to go via their immediate superior and never go above them or direct to top management.

You have encouraged us to pray to our Father God and to our dear Christ and to invoke the powers of the Holy Spirit, so obviously these teachings are valid for eternity. However are we to pay increasing attention to who we approach with what in the Spiritual Worlds, knowing full well that a complete disregard for this required discernment will lead to all sorts of untoward developments?
Love,
J.W.

And I will pray the Father, and he shall give you another Comforter, that he may abide with you forever;
Even the Spirit of truth; whom the world cannot receive, because it seeth him not, neither knoweth him: but ye know him; for he dwelleth with you, and shall be in you. I will not leave you comfortless: I will come to you.
-John 14:16-18 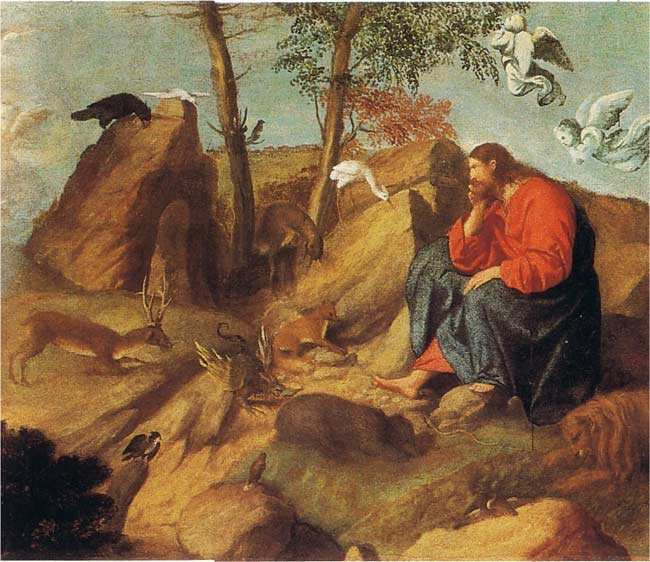 IN the Gospels we are given both a Holy Spirit of the Father, who by divine action moves as the very breath of life bringing anima, firing motiva, impelling and compelling existence with a fiery ferocity; as contrasted to the Holy Spirit Angelus, who by personal attendance may offer guidance, inspiration and comfort on behalf of our Christ.
One may review the texts with this insight into angelic activity - these unseen 'ghosts' who have done divine bidding abetting Man; being of heavenly countenance, though not of the Holy Spirit to whom we attribute all Life.

That Holy Spirit (Maximus Move-us) would be intolerable if personified, deified, or represented as is to a man. Life cannot face life in double - it would discount itself, or ruin the lesser. For a man to realize the presence of the Holy Spirit Insignia he would break apart and turn inside out confronting the mighty wealth of powers that Father God's Life presents.

Yet we have here now witnessed the problem of dual currencies attributed; and mistakenly so, as are so many surface readings which are pieced together and placed in treasure. However, thankfully, treasure finds its owner - eventually. Often in studies the student is arrayed with finding complexities highlighted which before were neatly covered to be then exhumed and tried. And this fallout from learning makes one feel at times that the actual knowledge brings about a misgiving as to former knowing, and our confidence is wanting because we are adapting or incorporating new views.

Of course this effect is quite transitory, as it soon becomes so much a part of the individual's own knowing that all newly acquired learning finds its home and settles in quite comfortably. We should not be deterred from new findings and reviewing the old ideas, even though it may appear that we have been formerly inadequate because of it.

The spirit's wisdom is wrapped up in us and has been there always, and our individual learnings will always grapple with contrast; being both insensible to their properties, yet divinely placed as well. We are always gathering our learning - collecting, assimilating, loving our knowing and comparing that loving. Like a succession of sunrises with all of each day's contrast there, we have a calendar of knowledge in a variable of seasons, coming to us.

The meaning becomes quite plain when one holds the relevant keys into the insights required. In the instance of the dual meanings here, we find that the angelic domain is honored under the one title, and yet this is in keeping with their one persona consciousness that they collectively experience, whist at the same time they hold distinct operations and duties - and in terms of our Guardian Angels, each are personally qualified and given separately to individual men to care for us.

We may find something of the story given to us in the passages in Hebrews 1:1-2. Our Father God (given to sundry times and divers manners) has appointed our Christ heir of all things. It is asked that the Angels of God worship Him (Hebrews 1:6).

Furthermore it is then said:

"Who maketh his Angels spirits, and his ministers a flame of fire." Hebrews 1:7

Following on there is:

But to which of the angels said he at any time, Sit on my right hand, until I make your enemies your footstool? Are they not all ministering spirits, sent out to render service for the sake of those who will inherit salvation?
- Hebrews 1:13-14

The Angels were given to be 'spirits', when from Father God the legions of Christ were first assembled. There were of origin the first-born, and then those that were to follow the first-born of Christ. The question "but to which of the angels?" tells us of the differing scores; to which the reply then counters "are they not all ministering spirits?"; and of course, this is so.

The "flames of fire" denote the Holy Spirit in the uppermost context given to Father God's life empowerment. The power to create and the active builders who execute the blueprint of the Creator, comes from the angel mass, which on universal whole may stimulate all life. This is not one single entity to be so prayed to or petitioned with. The only petitioner qualified is Christ - and as an emanatory force which flows directly from our Father God, this angelic stream (if cared to call it that) of the Holy Spiritual Force, is quite distinct from the lesser hosts so titled and made separate from.

God also testifying with them, both by signs and wonders and by various miracles and by gifts of the Holy Spirit according to His own will. For He did not subject to angels the world to come, concerning which we are speaking.
-Hebrews 2:4-5

For verily he took not on him the nature of angels; but he took on him the seed of Abraham.
-Hebrews 2:16

Jesus the Christ, was distinct from the Angels - truly being neither above nor below their status from God, for how could He be beneath or reconciled above that which directly was of His Father? Nonetheless, He was distinct, and to the glory of Father God this was made possible.

The Son was distinct therefore, from His Father - born of, but not the same as, as was not the case of the Angels. The Angels are Father God in representation - in living action. Because they are faithful to Him and consistent throughout; without the slightest departure they are as Him.

In the Trinity we find that there is Father God who is withdrawn and unknowable, but signified and whole (and knowable nonetheless); there is the Holy Spirit, His Spirit made manifest, which may work its way throughout Creation as life-force or angelic mind, substance itself and all things which are consistent, permanent and of existence. Whilst also there is the Christ-Son who heralds that divinity which seeks change, new creativity, realization of godhood in Man sanctified in Father God; and although is not dissimilar to God is now distinct from Him. 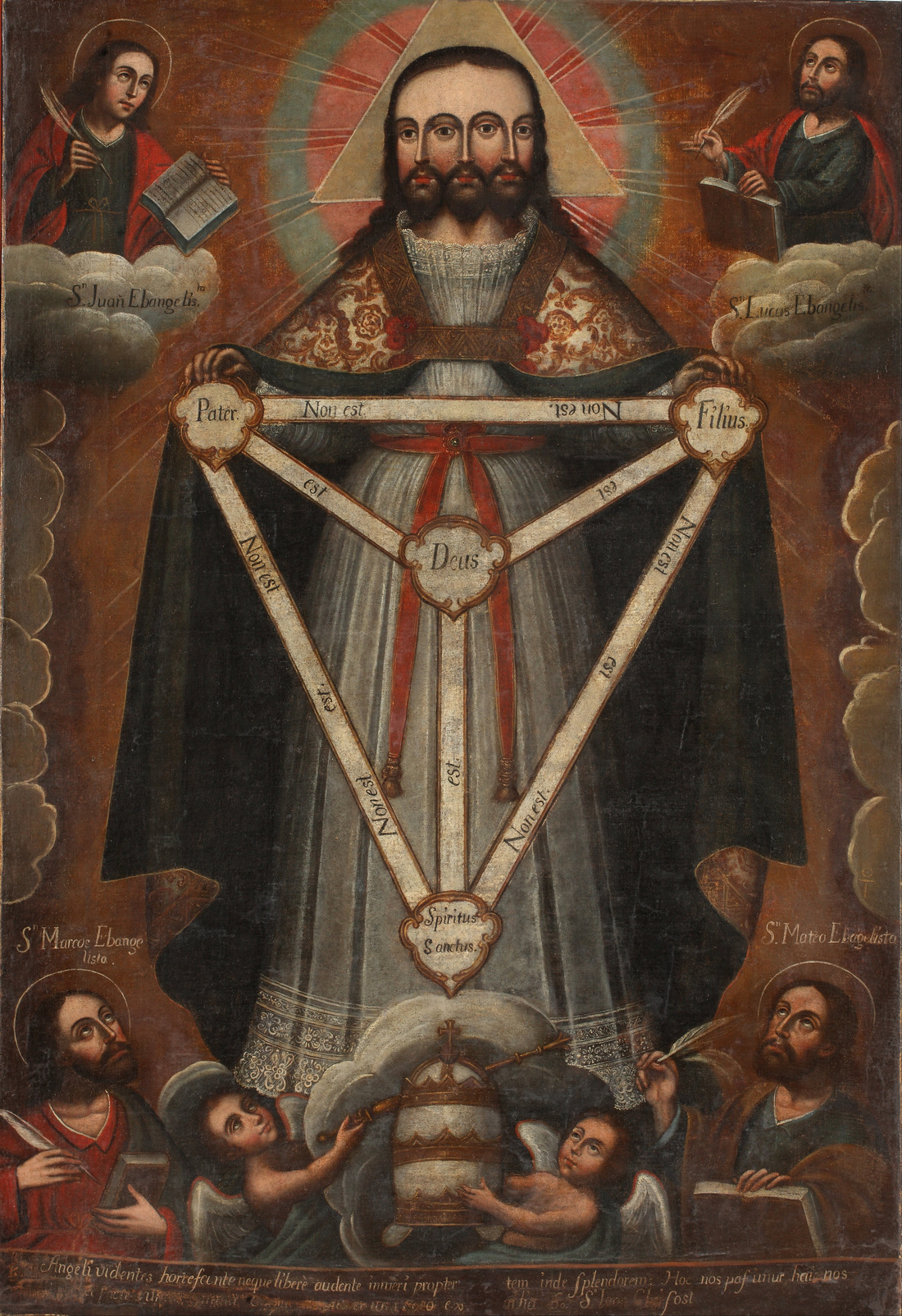 This is the Trinity, and from these three divisionings comes all else. These three principles are the primary elements to all life manifested. Nothing exists without them. Nothing may enter into being without the three, and we can find the three in one.

In our efforts towards prescriptive prayer and consideration it is necessary to discern and learn to differentiate subtle, peculiar and perfunctionary dissimilitudes, for herein are the very marvels of being! This is yet another 'sense' to be developed, as developed it is in a man who strives to consciously work for his spiritual fulfillment and grapple with the innate life distinguishing the realities within. The sorry fact that men are not encouraged to reason with the definitives and become thereby so further connected in with that which they may then distinguish, is yes, something which we may seek to remedy.

Your question regarding the who as opposed to what, is most relevant to the whole matter of Man and his spiritual discernment. For example: men may go to seek a comfort from many sources which may prove to be only a facsimile at best or an synthetic imitation at worst - a comfort which is verily spiked with future discomfort would they but knew what they sought - and so the 'who' is much, much more important than the simple 'what' - particularly as there are very few reliable 'whos', yet a multitudinous bevy of 'whats'.

The untoward development is an issue of marked concern. If we appeal to the correct and the worthy spiritual powers and principalities, in full knowledge of their relevancies and their gifts on offer, then we become endowed with their properties by association and by cultivating their influences. If men continue on believing that all will take care of itself and that their part in the learning is all but done, then their insights shall be glib and misplaced and the charm of the world will slowly become awash with the very sameness that they claim.

It does take an effort of concentration, and a trying to reach for the concepts which take us into the definitive, yet comprehensive understandings. But this is surely the future of Man to try for just that, for he above any other kingdom has the power of such wakeful observation and learning to make these comprehensions and find them as living realities within his heart and mind, within his very trinity of self as is manifest.
Posted by 888 at Saturday, September 18, 2010