AMONGST the many who attended there, accompanied with them such wistful hope, barely recognized, yet present, that they be healed. The healing which is called for, the healing which is longed for, began for those present, collected in a humble grace, sequenced by the calling from the majority. Such gatherings are significant!

In trust the people look to the strongest lights amongst them, and when the joining of heavenly influence and immediate man has been achieved through these leading individuals, there is a grace which is peculiar to such a public event.

One of the strengths of the format was precisely because of the diversity of souls - the representation of need and of attitude rather than direct familiarity and therefore, commonality. Whilst it is true to say that organized gatherings of certain folk who are bound in work and with mutual karmic implications, also makes longterm a fixed impression of its own reality in being, it can be equally maintained in the broader delivery, that such a public pageant which brings together many who have not yet met before in that mix, also has a valuable purpose. 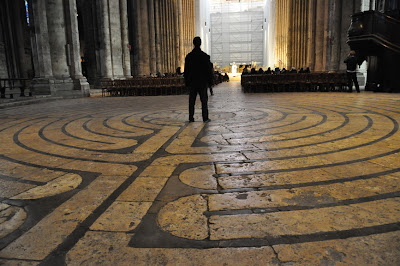 There is a distinction firstly between reason and cause, that all individuals who attended did so because of a hope and a curiosity which spoke within their higher being. This is important to note, as a gathering who assemble for sports, politics and the like, are motivated from the outset with an earthly-intended concentration in which the arrows, so to speak, are shot laterally only.

But all that Christ requires is an open heart, and when least expected, as often as is not, it is the Christian festivity which brings the healing; that with solemnity yes, but also with endeavor to create, rather than just receive. This creation of event, of designed yet improvised pageantry, is a beginning to communities to come. It is of this form of gathering which we will live out one day, in the reality of souls which combine in a township over many years.

Festival celebrations bring the best of people to each other; they make mix of the many varied notes of humankind in a way which encourages one another to be responsive to their immediate world.

However the importance here is borne in the very intention begun. Then in following through we find that the future itself is inspired to continue, that the garden planted today has now trees which will have a spiritual seed, literally speaking of course.

The value of true community is that the organization of Man is dependent upon its example. The physical laws are as intermixed upon the higher causations, yet again with an uncanny paradoxical play. Determinations are without sequence, that the many forces which conspire to make up the constitution of a man may be dependent upon some men proving their constitution in the world. That a body of men receive the heavenly influence and incur the heavenly order to that influence, portends then to the physiology of the whole of the remainder of men.

Not all the world need to change into such activities else the time should not come in time enough. This is so in evidence. However, should there become yet more perfect events and gatherings and happenings - and too, in numbers small but perfect also - then the remedial and creative forces may enter into this world and into all men because of such.

Without Christ present, being called upon in reverence, it is just as though the host himself were not present at the party. Men come together in shopping malls, they concentrate minds upon newspaper items collectively, they share mutuality in almost everything they do ... and this alone does not provide enough substance for a future. There is no drive which shall come from commonalty alone - 'sharing' on a mundane level is precisely mundane and without enduring substance.

When we exact ourselves in intention for Christ we have an effort which is not only empowered, but also is considerate. The element amongst the gathering which did stream in and around them was of consideration; and such an element brings of itself a great healing to those who are open to it, and then by the practicing of it.

Consideration is elemental to the Angelic kingdom. As men and women we receive such talents as offspring from the higher beings themselves, whose accompanying beings - their servants of thought, will, and desire - bring us their influence also. In this case, if you stop to consider for a moment what the word implies, we may welcome you to it (as it has been overlooked as virtue, and yet is most powerful and relevant to Man). The act of consideration is in the context of the holy compunction of a considerate being, one who is driven to act with care and carefully with love, with compassion, to slightest detail, placing others before self without first thought. Obliging, creating, performing, even listening with consideration, this and also the context of the act itself inwardly, allows the virtue of consideration to take place, that is in giving time to something without dismissal, without prejudgment, without aggravation, without intolerance. This is indeed the holiest of attitudes whereupon a man is not committed, but he does lend himself to that which begs his consideration and he is more enhanced because of it.

To take the time for something, particularly something which is not in the immediate reckoning (and this goes for the spiritual worlds and experience also) is difficult for most. Men rarely relax unto the influence of a true and proper considerate attitude. When the ego has accelerated its course and denied the possibilities which are offered it, there becomes a sclerosis of attitude which inhibits the holy encumbrance.

This terminology is given with a gentle humor, yet legitimately owned. For consideration has never been deemed an encumbrance by those who have known its compulsion and its drive, yet from this is the very substance of our future humanity! The same substance that gives the teacher his love for his pupil gives the stronger their compassion for the frail, because by it we are enlivened to the beauty of those things before us and their worthiness before God.

All forms and expression carry beauty which mirrors their origin and realization. All manifestation is remarkably of the divine spirit which cannot but help bear the beauty of such, intrinsic and whole ... Yet without consideration we are little more than bemused - we are deft in our acknowledgment, but not enlivened to the true reality.

Those who are impassioned on behalf of the forests and moved to protest their holocaust are inspired by their beauty more and more, and at the same time they care for the trees they should save. So in the caring itself they are awakened to ever more beauteous aspects, and are moved to care, moved to beauty, in a way which becomes more deeper and intense, and therefore more impassioned as well.

The true charm speaks to the man, whatever his involvements which promote his ongoing consideration. In this he may value - and truly value it is - something which to most appears only 'ordinary'; for they have not the keys in, won and worked for, which enables them to see as God Himself does love.

Creative worship is of itself sense-building, that the higher senses may incorporate that which was then experienced. Not all sound is same sound in relation to the effect upon our sense of hearing and its higher correspondent. For just as only some sounds ever reach through to our consciousness to be acknowledged, our sense of 'higher hearing' shall only take in the holy note, which is given in and by the spirit of those who have transmuted the physical expression of song into contest.

Prayers contest the world; as do prayerful songs. Prayerful songs appease the higher ear and please the spirit who is then well reminded of those cosmic lullabies in which it was first raised.

Song, in point of fact, is spirit-speak. Although this world is our beloved world and precious to us, there are many corruptions which we do contest by way of our higher strivings. This contest itself will one day set all aright and to order. It is a muscle flex to be welcomed, proving worth against worth, bringing strength to make a strength.

The breaking of bread in His name feeds the higher self also. Once again the sense reality has a higher transfiguration, and the future organization of Man is implicated also.

When men are to cease from movement and be still together; and then in obliging accordance are to make move (in dance, in procession, or pebble walk) we have a consideration given to the whole. The attention of all is orchestrated within that time in that group, and by such, when coupled with a higher motivation, relates to the sense of movement and our very relation to the world, as spirit rides in upon the wave of its fleshy embankment.

So with the corporate intention we have lent ourselves to, for a short time the workings come inward individually and then pass out into further implications for the organization of Man.

Were a wood fire to have been lit, then the fragrance of that nature would reach the higher sense also. Similarly, in subtle reach, the sea air and flower patch infills the higher sensibilities as well. For in Christ we are enhanced.. by Christ we are made known. We invite Him on behalf of ourselves, but that He come for all others, and in this we have new life laid down in root beginnings.

By mercy His hand took my palm,
And led me to the love that was yours,
Through eyes of care I’ve seen my own,
By the Grace of love I’ve lived outworn.

From soul to soul His love does pass;
I’ve felt His Breath and held His grasp,
And now I wait again for Him,
Be here for me new life begin.

And I for you will always be,
With patience care considerately,
As angel, as patron as lover does love,
All the time that you need I shall give you dear God.

For surely it is that all time is of yours,
And the life that we live is the life you adore,
And the strength that is strong is the strength you have won,
Please let love to live, that our futures be born.
Posted by 888 at Monday, August 30, 2010