Dear and Kindly Soul to whom all men do pledge their worth,
Come to us who are in servitude,
That we might be your hands and your feet, your heart and your mind,
Speak that you would speak.


Humble Master, let fretfulness not scorn Thee,
Though our disobedience must trouble Thee;
We crave your Grace, thy parcels of Divinity;
Though oft with sorrow, thy Beauty also. . . as is, in Godly measure.

SALUTATIONS to all good teachers of the World and her Humanity! To each enlightened spirit, who with fastidious and untiring employ is keen to revolutionize men to vibrant reform! Their testimony to fame is alive and displayed in good works as perpetuated. We, if we strive so, may become sincerely bonded with 'likeness' and intimate knowledge of the high spirits who selflessly work the Globe as needed, as called.

To offer oneself back to God is prerequisite for joining this effort, this party. It is to come to the knowledge that no matter how grand, how comprehensive our being may be, our ego dwells rightfully within the Ego of God. Pity those who do not know this true glory attributable to Him.

So often there are concerns that a 'man with a mission' who claims to be 'doing God's work' may be deluded in explaining his actions conveniently thus. Yet the point so often missed is that the man does willingly submit to God's Will; he does not become God on behalf of God, nor even representative. 
A bit Zen? Not really. To the Zen it need not be said.

We owe much to the striving souls who have gone before us. At times we are awash with a compelling gratitude, from which springs pure service.

Verily the goodness of the work is at its best when one comes to the catchment of ceaseless love. Unquestioning, the noble souls adhere themselves to that which would appear undesirable, even repelling. For it is particularly so to those who have advanced a little, to find that that which needs their concentrated effort most, is indeed that which they themselves have just struggled to escape. However, there is a strength and a vigor and a certain rejuvenation when one is embattled repeatedly on same ground, same territory; and has already struck personal victory, returning to battle on behalf of other men.

In Cosmic terms, much of the spiritual struggles are viewed from above as a 'push-me-pull-you' battle enraged. Men blithely continue on unawares, quite ignorant to 'argument' and straining tensions which occur just outside of their immediate membranes of containment. These membranes are those which separate each from everyone; also the membrane of the Globe, similarly so.

For it is with great credit owed, that we can say that such argument has not overrun the world at large. There is either conflict or harmony. Sometimes it is necessary for conflict to be coerced into 'conflicting harmoniously'. An example of this is the relationship of the dual-nature organs which partake in the formation of the human constitution. The stomach combusts with a conflict which is harmonious to the digestion of fiery life. The conflict is directed to purpose, otherwise it should be disagreeable to the very 'matter' which the other organs are comprised of. 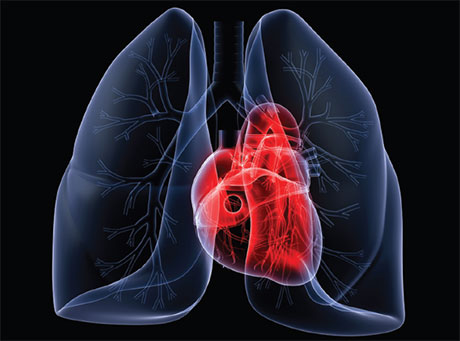 The muscles are in conflict to themselves, and this is how they work; however, in obedience to the will which determines moment to moment 'which side' the conflict is favoured. The Divine Will precipitates the activity of the muscle-function which is regular and of rhythm (the heart, the lungs, the unconscious drive of the gut etc.); whilst the coordination of the limbs and eyes etc. are of the will of the individual concerned. When eyes focus there is argument of muscle contracture, which is to good purpose, and therefore becomes a harmonious conflict.

In the spiritual world there is argument, because there is forever possibility. 'More than one' brings us possibility of one-on-one, which is duality, yes, or if inharmonious it is certain conflict also. We are forever testing and reasserting our relationships by the equation of 'it and I', 'them and me' and so forth. Yet, there is a further equation one can come to, which permits for harmonious conflict each and every time. That is: God/I + ... - in other words, if we consciously presuppose our affinity, our binding God-ego with that of our own, then that which comes 'up against us' is obliged to come to us accordingly.

The conflict is absorbed by the overriding tendency towards such harmonies as known only to the equation of the God-ego. Furthermore of course, it is addressed from one to another. For all that there is, does also secretly belong to God also. Whosoever is before me, and ordinarily in conflict to me, must - on higher levels - be spoken to in aspects which necessitate harmonious interaction: from God to God, rather than man to man.

If the ego of a man is adhered to that of a group-ego-entity, then on the other hand there will be conflict with all else that does not share such signature. Our characteristics within our personal nature, oft times war against each other. A man inwardly holds tensions between reality and his hopes, perspective of self and true self, between personality and soul tensions of former life and current expression, between loves and gravitations, between strengths and contemptuous weaknesses. These conflicts and more, which are not to be resolved or even ordered, may at best be conducted harmoniously so as to starve the strife as best as possible and contend with the rest moment to moment.

From such conflicts do we come to know agility. Agility in time, out of time, affords us the ability to change and therefore evolve progressively. The Cosmic essence of Agility is a remarkable complement to fixed law and stationary status. Inanimate objects which have not agility (only decomposition or disintegration) are those which are not ensouled or lively: life imbued. A chair is inanimate: not agile unless compelled by an extraneous force governed by a will projected. Therefore we have those stationary objects given in the world to remain or decease - unless interfered with - and we have life, which does not remain the same minute to minute and does not decease. (Whilst it is alive: if it is deceased it is no longer 'life' as we know it.)

Our thinking process may be lively and agile and capable of advancing, expanding, incorporating etc.; or if there is no 'life' connection in our thinking it may become sclerotic, inanimate, non-progressive, unchanged until decease.

"Anything which stands still, dies" - without agility, cosmic agility, there becomes imminent death. For death clears away inanimate matter: it overruns in the conflict of life. Whilst living, we are in conflict with death, we withstand the very forces which would tear us apart, break us down; and the membranes we move in, allow for tension either side. Without agility the muscles seize, the bones knit, the thinking freezes, and the man begins to withdraw from the conflict which is the world. He seeks to return to God, that all may be placed in order and harmony resumed. 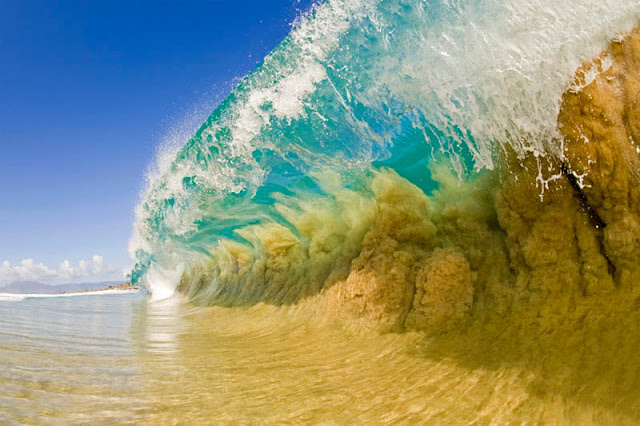 Heaven, the experience after death, gives back to a man much strength which he did spend, and more. There there is harmony, and the conflict, the necessary conflict, sounds from outside as distant waves lapping rocks and breaking stone. But man is soothed and not troubled by the ceaseless motion of the waves he hears.

We know from our experience of Heaven, that the sweet strength of Heaven always resumes after strife, and verily, in truth, man departs out into the waves of conflict with great joy at contest: splashing around, ducking and leaping, surfing and skiing; qualified with agility, determined and refreshed every time.
Posted by 888 at Wednesday, April 07, 2010